Here Are the Most Popular Holiday Movies in America, State-by-State Americans have some distinct tastes when it comes to holiday movies—and the top choices vary by state. While our resounding national favorite appears to be Home Alone, because who doesn’t love the heartwarming tale of a clever child torturing burglars and making new friends in time for Christmas, some of the other results may surprise you. Like for example, do you consider Edward Scissorhands to be a holiday flick?

If so, you’re like the denizens of Oklahoma and Wyoming, who seem most interested in Tim Burton’s cutting classic when the holidays roll around. In fact, according to an analysis by language tutoring service Preply, Edward Scissorhands is the 4th most popular holiday film in the country based on what’s being searched for online. The entirety of that top 5? 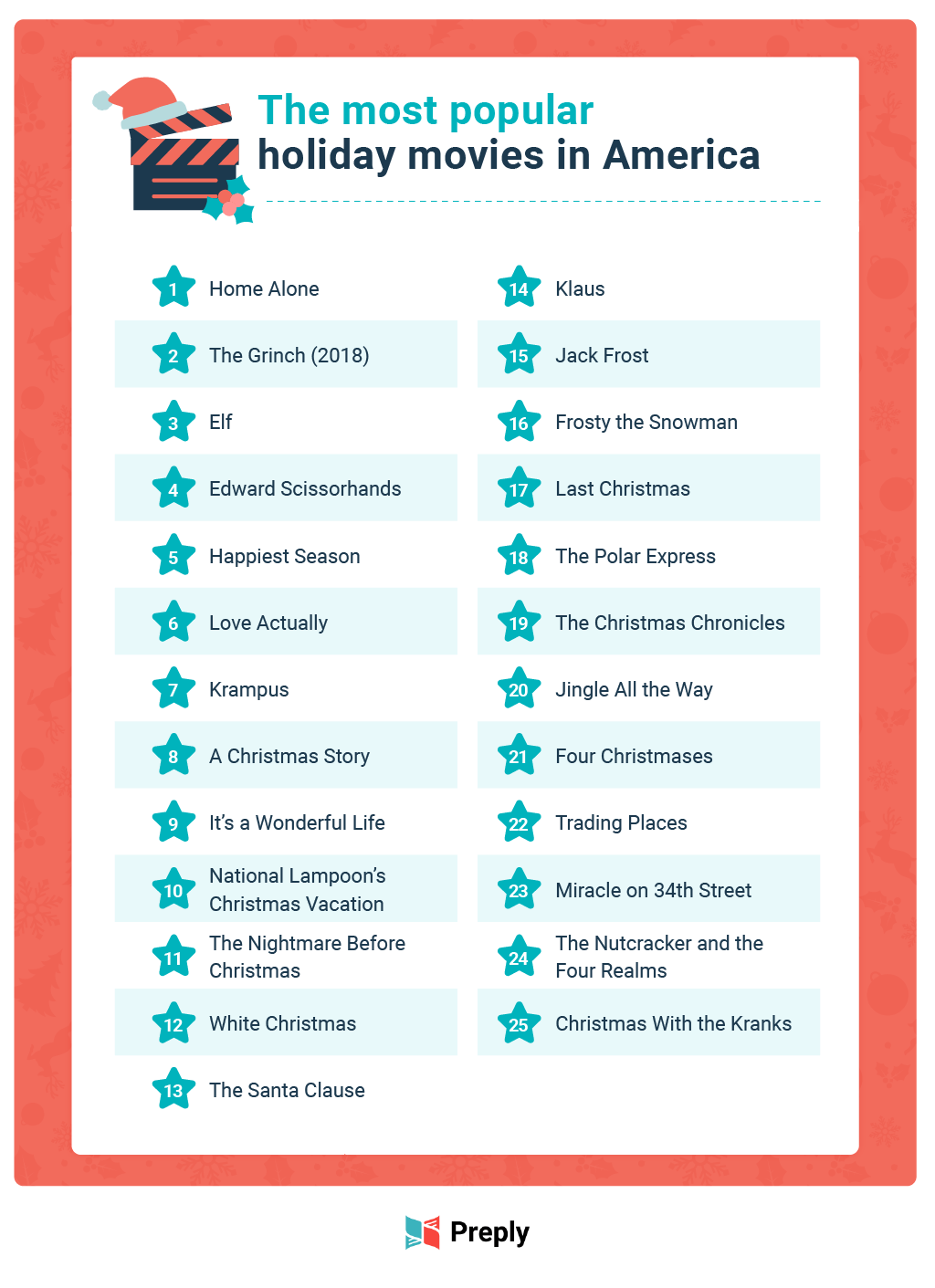 And what about that state-by-state breakdown? To arrive at their Christmas conclusions, Preply looked at search trends for popular holiday films and then ranked the results based on the state. Here’s where we’re currently at as a nation:

I have to admit prior to these lists I had forgotten about The Christmas Chronicles (that Netflix movie features Kurt Russell as Santa, so I cannot fault the affection), nor have I ventured into The Nutracker and the Four Realms, which single-handedly stole Alaska’s heart. But I do appreciate Iowa and West Virginia partying like it’s 1989 with National Lampoon’s Christmas Vacation, and Montana doing its own thing with Trading Places.

I am quite pleased to live in a Home Alone state and not a Love Actually state. But while I’m of the “Love Actually should be stricken from the record and never watched again, let alone for holiday cheer purposes” camp, people in other states and indeed in other countries sadly do not feel the same.

Love Actually appears to be the most looked-for holiday movie in the UK (somewhat understandable, as it stars mostly famous British people), but France and Italy have no such excuse. Luckily Home Alone came through in India, Pakistan, Nigeria, the Philippines, Canada, and Australia. Then there’s Germany, where they love Krampus, of course.

Do any of these selections surprise you? Is your favorite holiday movie on the list? If not, let us know what else we should be turning on this December.