Characters Most Likely to Die in Infinity War, Ranked by How Much I Will Cry 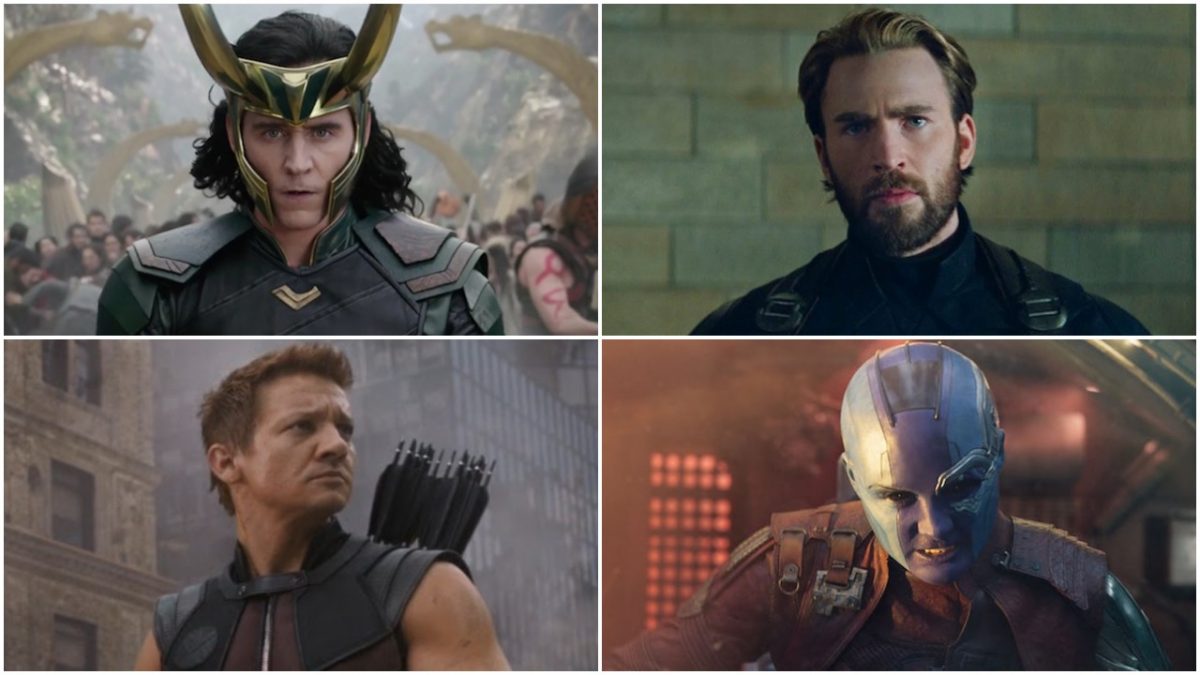 Speculation is rampant as to who might take their final bow in Infinity War, but “these folks are gonna die” lists are missing a crucial element: how loud my sobbing will be if the following people get killed.

Using a highly scientific approach of a year’s worth of studying Infinity War trailers and commentary and my gut instinct, I present you with the characters I think most likely to kick the bucket, ranked by what this development will mean to me personally. 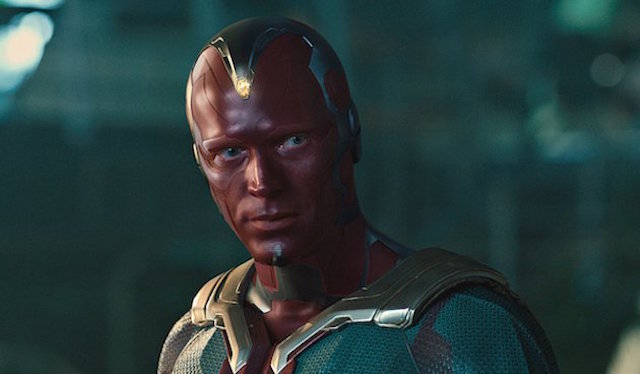 Most camps agree that Vision is pretty much a goner, since the Mind Stone is embedded in his forehead and Thanos needs to collect ’em all, and also nobody cares about Vision. From what we’ve seen from trailers and toys, it seems like Vision gets roughed up pretty bad at one point, and potentially the whole standoff in Wakanda is taking place because Shuri’s trying to find a way to remove the Stone without killing him.

But Vision never quite clicked with the audience, meaning me, and while it seems like Infinity War is going to play up his romance with Wanda, I feel like this is a last-gasp attempt to make us care when he dies.

Crying factor: I will stare dry-eyed at Vision’s death, thankful that another reminder that Age of Ultron happened is gone. 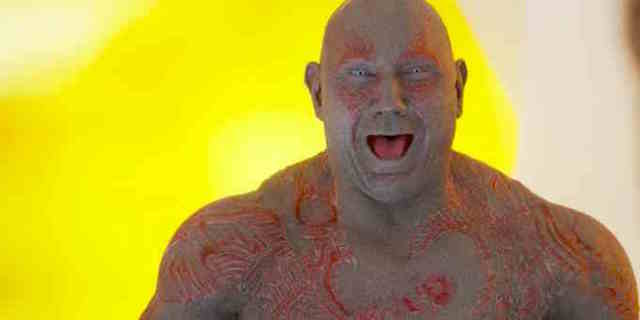 The extremely literal Guardian of the Galaxy has a huge bone to pick with Thanos, considering that the Mad Titan killed Drax’s whole family. Avenging his family’s murder has been Drax’s M.O. since we met him, so he’ll be looking to take a piece out of the big purple guy.

Drax is cool; I’ve enjoyed Dave Bautista’s embodiment of him, but I think the Guardians can get along just fine, Drax-less. Drax will want to fight tooth and nail against Thanos, and if he does, he’s going to have a bad time.

Crying factor: If Drax goes out, I will shed a single tear, and perhaps a few more if he gives a last, gasping speech about rejoining his family. 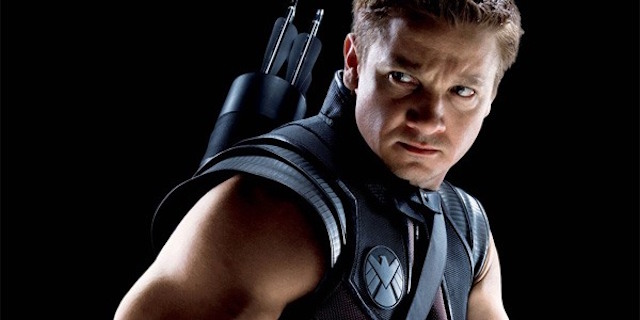 I’m convinced that Hawkeye’s almost total omission from Infinity War promos isn’t because he dies early on: that would be too much of an obvious spoiler. But I do think that doom lies in wait for Clint Barton’s surprise secret family from the unfortunate Age of Ultron, and that this will launch him down a Drax-type path of seeking revenge against Thanos—perhaps by taking up an alternate identity from the comics. Even if Hawkeye gets some badass scenes and a cool new costume, however, it’s hard to imagine how he fits into the Avengers world going forward.

Marvel denied us a Clint/Natasha romance, which many fans wanted after Avengers; there’s been no sign of any kind of solo Hawkeye film; living family or no, Clint’s been framed as a guy who just wants to settle down. I think he’ll be killed by Thanos, which gives us the shock value of an original Avengers member taken out, no doubt also a galvanizing force for the team. I’m fond of Hawkeye and sad about what was done with his characterization: pretty much nothing.

Crying factor: If Clint dies in his BFF Natasha’s arms I will cry not a small amount. 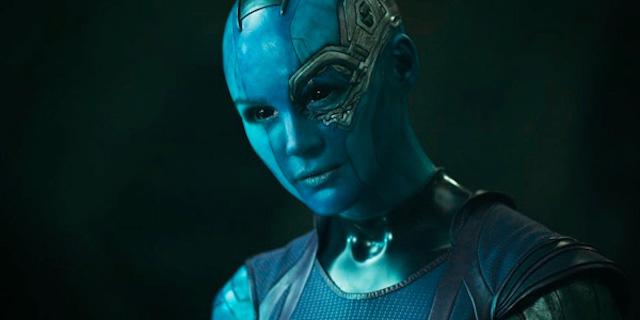 While Nebula became a sorta-good guy by the end of the second Guardians of the Galaxy, it’s likely that she won’t get to stay on the team for long. Her single-minded mission is to kill Thanos for the abusive upbringing that he inflicted on her. I think she’ll get to go out in a final act of heroism—perhaps protecting her sister Gamora, who will be really pissed when Nebula dies.

Though I personally think that the whole Thanos thing should wrap up with Nebula and Gamora kicking his ass into another dimension, it’s hard to imagine Marvel giving us that glorious retribution. Still, Nebula’s sacrifice would make for a heart-wrenching twist and a motivating moment for the Guardians, especially Gamora, who has only just got her sibling back.

Crying factor: I have a thing for morally ambiguous quasi-villains who lean towards being antiheroes, so I like Nebula and her arc quite a bit. If she dies in Gamora’s arms I will need to break out the tissues. 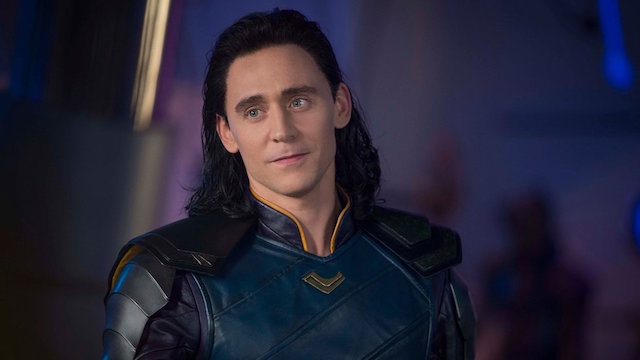 Speaking of morally ambiguous quasi-villains who lean towards being antiheroes, things aren’t looking too good for my guy Loki. While some of us Loki fans cling to the hope that all of the heavy-seeming suggestion that Loki will die means that he actually won’t—surprise!—I’m still afraid that this might be the first big death of Infinity War. If I were to guess, Thanos brutally attacks the Asgardian refugee ship in the movie’s opening moments (we see him bearing down on them at the end of Ragnarok). Thanos then threatens Thor (we see him squeezing Thor’s head), and Loki himself is being threatened by the Black Order, with Proxima Midnight pointing her weapon at his head.

Whether it’s an attempt to save his brother’s life or his own, Loki hands over the Tesseract. This is when I am much afeard that we’re going to see Proxima Midnight’s spear in action. She has a special spear that can kill anyone in one blow—this thing was forged from a sun trapped in distorted space-time and has the power of a star, a supernova, and a black hole behind it. Yeah.

What better way to show us that the ruthless Black Order means business than to demonstrate the spear’s ability to take down Loki? Thanos promised Loki a world of pain for failing his mission in the Avengers, and he’s unlikely to let Loki live after he went on the lam. While I’m hoping our favorite trickster finds a sneaky way to escape, I can’t shake the feeling that it’s the loss of his brother—newly returned to his side—along with his people that launches Thor into the tragic, transformative storyline the Russos keep hinting at.

Crying factor: I will set this theater on fire and then put out said fire with all of the tears that I will cry if Loki dies. 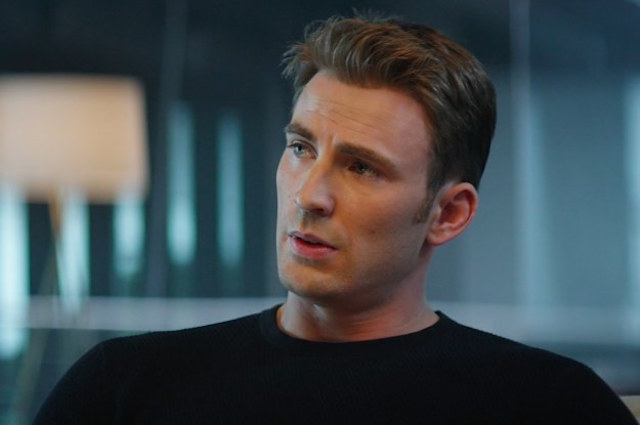 Although I don’t want to face facts, the fact is that Steve Rogers is living on borrowed time. Chris Evans has been pretty clear that he’s done with the MCU after Avengers 4, but it’s possible that when we see Steve in Avengers 4 (remember those set photos?) it’s through a flashback, a rip in time, magic, or an Infinity Stone-induced journey, and he really dies in Infinity War.

The loss of Captain America leaves room for Bucky—newly tight with the Wakandans, and mostly back to his old self—to take up the Captain America mantle, should the MCU want to follow in the comics’ direction. For Bucky to lose his best friend so soon after they’re reunited is tragic as hell, but it would set him up nicely for an emotional arc going forward and elevate his importance in the events of Avengers 4. Wakanda is the MCU’s future, and Bucky is well-positioned therein.

Like Hawkeye, it’s hard to see where Steve Rogers would go from here. He’s gone full Nomad and is considered a dangerous fugitive; even if the world forgives him after he saves it, there’s really no going back to being the star-spangled man for Steve. (Part of me wants to believe that Steve’s death, like Loki’s, seems so obvious that maybe the Russos won’t go there just to surprise us. Please please please.)

It’s incredibly hard to envision Avengers 4 without Captain America, but that may be what we’re in for. While Tony Stark has long been the MCU’s flashiest hero, for me Cap is the heart and soul of the franchise. To really make Infinity War hurt—like the Russos keep promising that it will—they’re probably going to have to rip that heart out (and mine along with it).

Crying factor: If Steve dies in Bucky’s arms I will be able to paddle right out of that accursed theater on a river comprised of my own tears.

Who do you think isn’t going to make it in Infinity War? And whose death would leave you emotionally compromised?