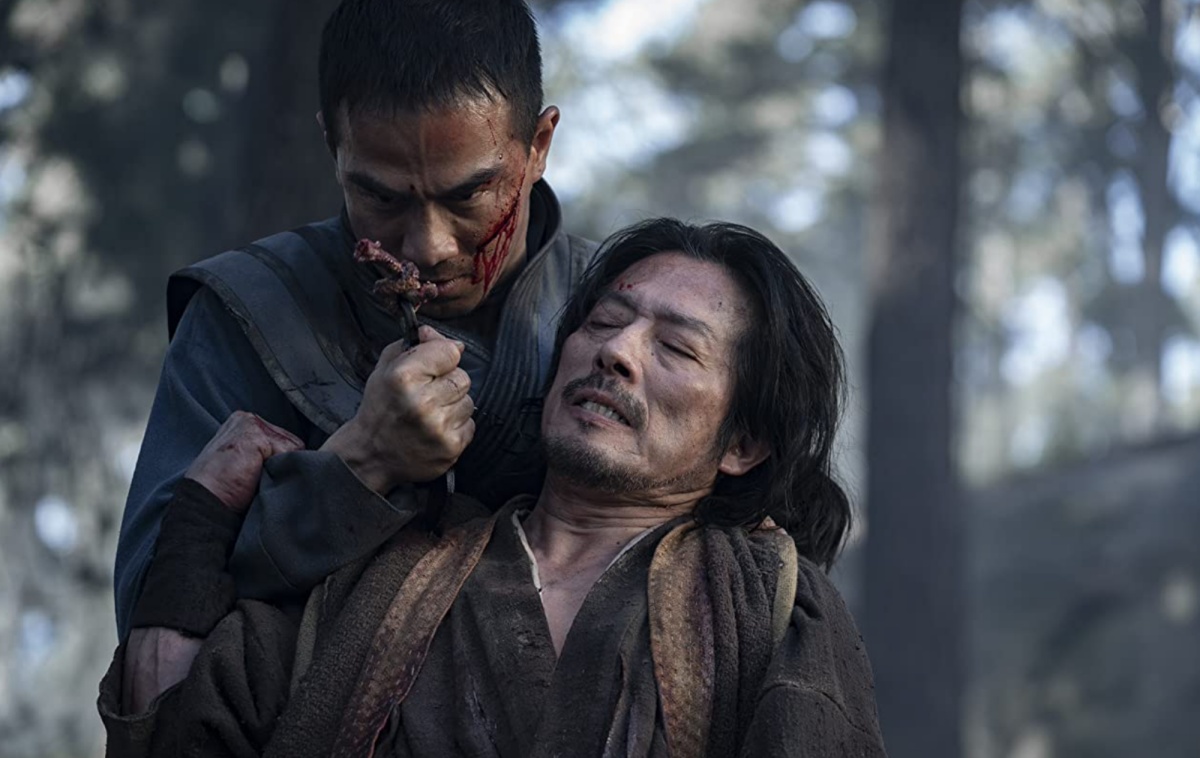 Video game movies have a mixed track record. It is difficult to fit decades of narrative, Easter eggs, and lore into one film—especially one in which the immersive experience of playing the game is removed. With something like Mortal Kombat, where the appeal is violence and lore, it is especially difficult to manage the two expectations. 1995’s Mortal Kombat, while very commercially successful, was a PG-13 film. Simon McQuoid’s Mortal Kombat is not.

In the present day, the mystical realm of Outworld is at the brink of victory against Earthrealm (that’s us), having won nine out of ten deathmatch tournaments known as “Mortal Kombat.” Due to the laws of the series, winning that final victory would allow the winning realm to invade, conquer, and potentially merge the defeated realm into part of Outworld.

I don’t think our realm could handle Mileena.

The ruler of Outworld is Shang Tsung (Chin Han) and determined to secure victory, he has employed the warriors Bi-Han/Sub-Zero (Joe Taslim), Reptile, and Mileena (Sisi Stringer) to hunt and kill all Earthrealm champions, who have been marked by a dragon emblem on their skin.

Enter Cole Young (Lewis Tan), a former MMA champion with a dragon birthmark who has a mysterious legacy. After being rescued by Special Forces’ Major Jackson “Jax” Briggs (Mehcad Brooks), after an attack against his family by Sub-Zero, he goes to meet Jax’s partner Sonya Blade (Jessica McNamee), who explains the history of Mortal Kombat, and they quest about to find the other champions while towing around a very chaotic Kano.

My expectations coming into the story were mild because, frankly, how much can one even expect from a Mortal Kombat movie? I didn’t want it to be an overstuffed adventure that tackled its countless lore, and thankfully, that is not what we get. Mortal Kombat is under two hours long (thank you), and while it has strong emotional beats, it focuses heavily on the action.

Still, there are moments that linger on the emotions. The opening sequence fight between Hanzo Hasashi/Scorpion (Hiroyuki Sanada) and Bi-Han/Sub-Zero is very emotionally powerful. I am glad that we got to see Hanzo as a human being before turning into Scorpion. Jax’s loss of his arms isn’t lingered on too much, but we do get a scene of him and Sonya talking about him trying to fight again with his new arms—a rare piece of representation of Black people with amputations that gives him room to mourn something, but also finds himself still as a hero.

And I think ultimately, despite the very paint-by-numbers storytelling, what impresses me about Simon McQuoid’s directing and David Callaham/Greg Russo’s script is that it tries in small ways to add some emotional weight to this story.

Representation is something that gets talked about a lot, and in many ways, it is strange to have that be something that is important about Mortal Kombat, but it is. The cast is majority Asian, with a Black man serving as another chosen hero. The only important white characters are Kano (who is the worst) and Sonya Blade, who goes on her own mini-arc of not being “chosen” but still fighting for Earthrealm.

Considering the climate that Black and Asian people are living in that has put their trauma at the forefront, it is time that we get a massive franchise movie like Mortal Kombat that puts Asian actors first without fetishizing them and without putting them on only one side of the conflict—allowing them to be heroes, villains, husbands, fathers, and soul-sucking sorcerers. Plus, Callaham himself is of Chinese descent and James Wan produced the film, so it’s just a great thing to look at.

I’m sure there will be some who are disappointed at the lack of Sonya Blade, but honestly, we have put white women at the forefront of everything when it comes to representation. I’m fine with her being a badass who also helps out her non-white colleagues.

Mortal Kombat leaves you wanting more because there is just so much to explore, so many characters that we could see, that it is disappointing that it’s over so quickly.

All-in-all, it’s a simple action movie that has well-choreographed fights, great to solid acting, and isn’t afraid to be as bloody as the R rating will allow it. It will satisfy fans of the franchise and is a solid fantasy action flick to add to any genre fan’s watch rotation.