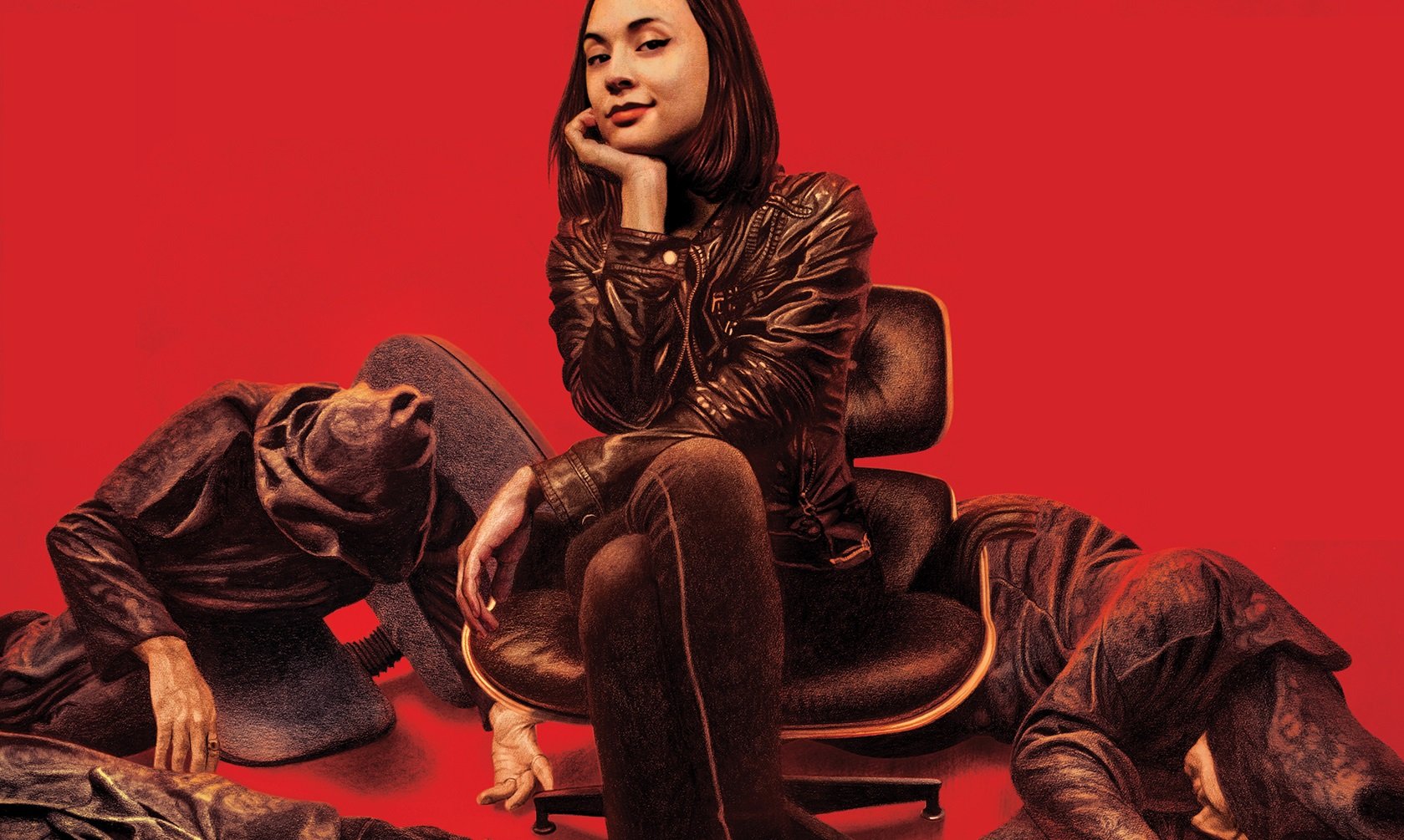 I remember when first daring to write a novel in first person with a female protagonist that I feared it wouldn’t work. I’d written about vampires, werewolves, ogres, and ghost dogs, but I was genuinely concerned that writing from the perspective of an undead, cannibal, witch woman would be beyond my abilities. That instinct says everything about how we guys (specifically cisgender ones like myself) are trained to view gender in fiction.

I’ve wrestled with these issues, both culturally and in my own stories. I’d like to think I’ve avoided treating my female characters poorly, and when I look back, I’m mostly happy how they’ve come across. I’ve even gone out of my way to include more of them wherever possible, because inclusion doesn’t simply mean writing a kickass heroine. It’s deeper than that. It’s a fundamental desire to include more women in general. That’s trickier than you might think, and it almost always comes with assumptions.

The late, great Dwayne McDuffie observed The Rule of Three: include three non-white and/or non-male characters in a story, and the story will be viewed as pandering or inaccessible to much of its audience. Worse, it might be seen as pushing an agenda. If a writer is non-white or a woman (or, heaven forbid, both), that reaction is almost inevitable. As a straight, white-ish male, I can more easily get away with it. My motives for writing a story are rarely questioned, and if I include women in my stories, it tends to be viewed as just me writing a story.

But I do have an agenda. I want to write cool stories about cool characters doing cool stuff. I love old pulp adventure, cosmic horror, and weird science, and I’ll dive into those universes without hesitation. The problem is that it’s hard to find great women in those classic stories. I’m not judging them for being products of their time, but I’m not denying the influences that they’ve carried forward. Some of those influences are delightful. I’m all for more robots and flying cars and hidden temples filled with booby traps. Some aren’t so pleasant, though, and some are problematic at their core.

I ask myself when creating a new character, even a minor one, if they can be a woman. The answer is almost always yes. By asking that question and questioning “male as default,” I’ve explored my own assumptions about gender and identity, and how many of those assumptions were never my own in the first place. They were only borrowed “truths” handed down from previous generations, well-meaning, flawed, or foolish as they might have been.

There’s this idea that writing interesting female characters takes an unusual level of effort for a male writer, but I’d say it’s an excuse based on an old paradigm. Crossing the gender divide isn’t a Herculean task. Men aren’t afraid to write interesting women. They’re unwilling.

Thankfully, that attitude is changing, and it’s changing because more male writers are daring to ask themselves “Why not?” It sounds flippant when put that way, but that’s a powerful question. Asking “Why not?” has made me a better writer.

The idea of color-blindness or gender indifference in fiction is wonderful in the abstract, and I’ll avoid putting too much emphasis on those aspects of a character. I never want my characters to be defined solely by such things, but if I don’t comment on them in some form, the audience will tend to fall into default assumptions. If all it takes to challenge those assumptions is a pronoun for a minor character that’s passing through the scene, I see it as something worth doing.

Let’s face it: numbers matter. The more of a certain type of character present in our collective imagination, the more diversity is expected from them. Batman and Iron Man are both rich white guys with some commonalities, but with different backstories, personalities, and methods. Peter Parker and Steve Rogers are different characters, despite sharing a common gender and ethnicity. Fiction is full of different types of male heroes because volume forces them to be different to stand out from one another. When you have only a handful of prominent women, it’s easy for them to fit into a one-size-fits-all dynamic. Who is this character? She’s the girl. He’s the black guy. Characterization done.

Science fiction and fantasy is a vast playground. I love it for its limitless possibilities, but that’s worthless when we don’t explore those possibilities. If we avoid things out of fear or indifference, then we’re doing ourselves and our genre a disservice. The best the genre has to offer has sprung from asking that simple question “Why not?” I love pushing against boundaries, exploring the tropes and expectations, embracing them, subverting them. That’s my job, and I want to do it well. Writing interesting, diverse female characters is an important part of that, and it makes the worlds of our imagination more expansive, more inclusive. Those who want to consider it merely a “women’s issue” (ironic emphasis on the “merely”) are overlooking that it’s a writer’s issue too, one that crosses gender lines.

Writers shouldn’t be afraid to broaden their ideas and explore interesting characters across the gender spectrum. There will be stumbles and slip ups and mistakes. I’ve made my fair share. But fear of making those mistakes shouldn’t keep male writers from trying to bring the same care and investment to the women, both starring and supporting, who live in our stories. Our stories will be better for it. And maybe we’ll be better for it as well.

A. Lee Martinez was born in El Paso, Texas. At the age of eighteen, for no apparent reason, he started writing novels. Thirteen short years (and a little over a dozen manuscripts) later, his first novel, Gil’s All Fright Diner was published. Since then he has published or is about to publish five additional novels, including the forthcoming Divine Misfortune and the newly-released The Last Adventure of Constance Verity. His hobbies include juggling, games of all sorts, and astral projecting. Also, he likes to sing along with the radio when he’s in the car by himself. Stay up to date with A. Lee at aleemartinez.com and Twitter.