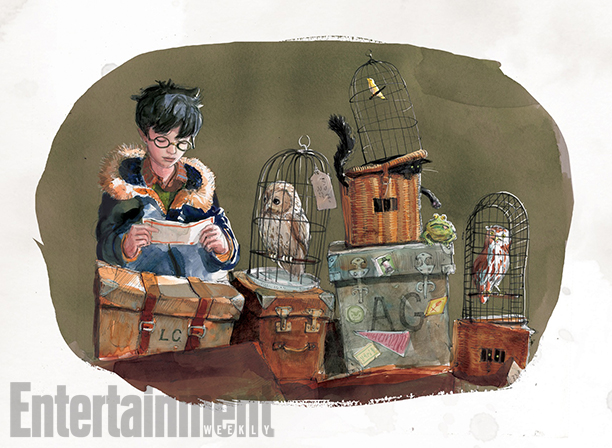 Every year I begin my epic Harry Potter re-read, kicking things off in the fall and following the Boy Who Lived and his friends on their adventures. This time around, though, I might have to dive into the gorgeous new versions of the books illustrated by Jim Kay.

We’ve seen a few sneak peeks already, and now four more images have been revealed! Kay spoke about the inspiration behind each illustration and how he wanted to find real kids to use as the basis for these much-beloved characters. (His version of Hermione, for example, was based on his niece.) 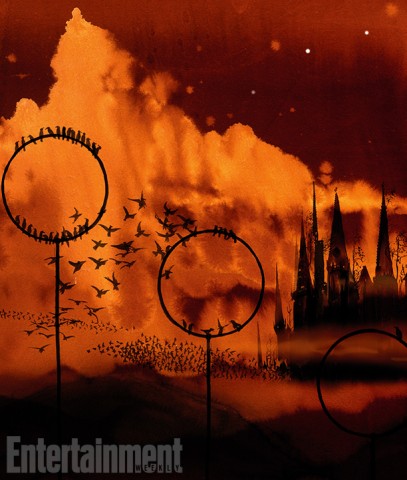 I thought it would be nice to have starlings on the Quidditch hoops. Where I lived in Edinburgh, you call them ‘murmurations of starlings’ when the birds form these beautiful swirling patterns. I did it as a preparatory sketch for what was supposed to be the final illustration, but [Bloomsbury Publishing] liked the looseness of it. 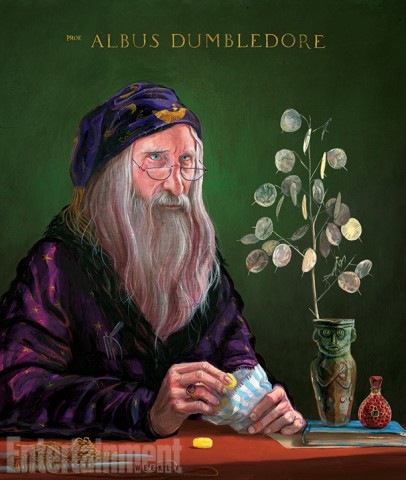 What I like about early portrait painting is that you have objects in them that are representative of that person. So the dried plant there is honesty—but on the honesty is also a little camouflaged praying mantis. It’s sort of saying, there is honesty with Dumbledore, but with a catch. There’s also a little bottle of dragon’s blood because he wrote a book on dragon’s blood. And knitting because, of course, he likes to knit.

For more illos, check out the full interview here. The first in the series, Harry Potter and the Sorcerer’s Stone, drops on October 6.