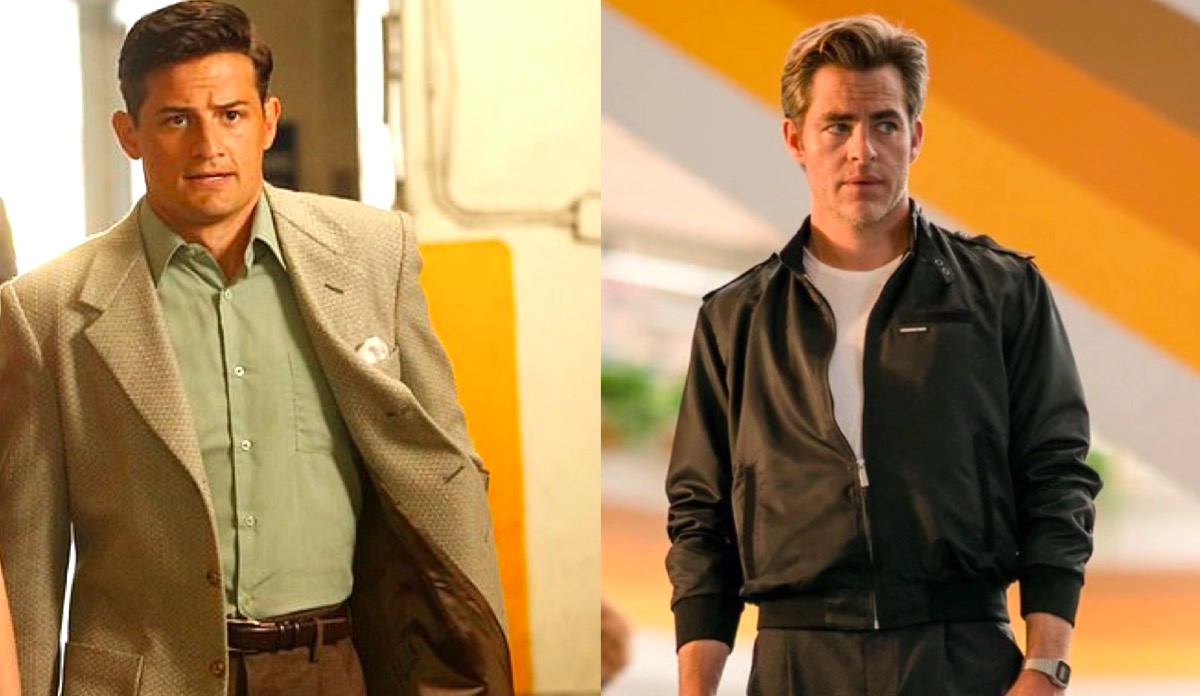 As women are represented onscreen in increasingly complex and layered ways, so are the men they fall in love with—to my delight! I’ve been keeping tabs on this rare-ish kind of character trope, or ship dynamic, in pop culture that I don’t think has a name yet. The best definition I can come up with for this type is Guy Loves Strong Woman™️ But Isn’t Weird About It. They’re not protagonists. A movie about these dudes would be kind of boring. They’re simply here to help. They’re supportive. They’re strong in different ways. There’s a certain relaxed vibe they all share.

Why don’t we see this type of love interest more often?

My theory is this. I think we’ve all been made to believe, through coding in the media that we consume, that strong/independent/fierce/complex female protagonists either Don’t Need a Man or need a sparring partner as a romantic interest—someone who probably feels a little bit threatened by said lady. Someone who must be her equal in every way and won’t let those scales tip in her direction. A rival.

Why do I feel like that started with problematic, sexist content like The Taming of The Shrew? Just a hunch. Pride and Prejudice too, as much as I love it, is all about Elizabeth proving herself to be a worthy opponent. Is Mr. Darcy not just a nerdy and awkward Petruchio, from a certain point of view? It doesn’t have to be like this, and that’s what fascinates me about these characters when I find them.

The first two I noted were Daniel Sousa in Agent Carter and Gendry Baratheon on Game of Thrones—particularly in the early seasons. Besides being particular favorites of mine, there was something so similar about those to characters that I couldn’t put my finger on. What was it about these guys that I found so appealing? They’re not nice. They’re smart, but not geniuses. They’re funny, but not hilarious. They’re just good. Solid, even. You would want to have someone like that on your team.

Most importantly, they aren’t intimidated by Peggy Carter and Arya Stark. They don’t feel the need to compete. It’s possible, folks. Ever been told that you must intimidate guys and that’s the reason you’re single? Just me? Turns out you don’t actually need to make yourself smaller to find love. (Apologies for my heteronormativity here, but it’s in service to a thesis.)

Peeta in The Hunger Games is a tiny bit more central to the story, but another really good example of this type. His superpower is his honorary doctorate, awarded to him by me, in communications and media studies. He’s not a fighter, really. He doesn’t bat an eye when Katniss takes the lead in a battle. He’s also great at bread and painting. Don’t you think Peeta would have an incredible Instagram? Anyway, toxic masculinity could learn from Peeta.

Faramir in Lord of the Rings counts, as well, though you may have to turn to fanfiction to really explore how that manifests in his relationship with Eowyn. There’s not much of it in the books, and even less in the films. The way Finn in the Star Wars sequels instantly falls in love with every person he meets, man or woman, and is ready and willing to help them out with whatever they need is another great example … if only Star Wars had let him kiss and be great!

I debated about whether or not Steve Trevor was one of these men until Wonder Woman 1984. In the first Wonder Woman film, Steve and Diana’s relationship is a tiny bit patronizing at times. It’s understandable, given the circumstances—Diana is learning about humanity in the middle of war, which is inopportune—and not necessarily gendered, but still a little triggering if you’ve ever been “well actually”-ed to death.

There is at least one really good example of what I’m getting at in Wonder Woman. When Steve first lands on Themyscira and witnesses the Amazons defending their island against German soldiers, he sees them do a move involving a shield that he repeats with Diana on the Western front. It’s supportive. It’s helpful. Then, in WW84, magic rock-reincarnated, body-swap Steve Trevor is in full Not Weird About It mode.

As for others who have loved Strong Women™ in the past, Fox Mulder and Han Solo stand on their own as protagonists too much to be considered this type. Their relationships with their Strong Women™️ are also based on bickering and verbal sparring. Jaime Lannister comes very close on Game of Thrones to fitting this description, eventually … but he’s also too protagonist-y and is certainly weird about a lot of things.

There are also tons of characters who fail the Not Weird About It test completely, like Xander Harris on Buffy the Vampire Slayer and Ron Weasley in Harry Potter. Which is fine! I don’t not like bickering. There’s value to that type of flirting in romantic storylines, too, especially when those men learn and grow and become teammates to the women they love.

Then, in the final season of Agents of S.H.I.E.L.D., Sousa himself offered a definition: “You focus on the greater good even at your own expense,” he told Daisy, describing her but also basically describing Peggy Carter. “You want people to think you like being alone even though you always end up back with friends. You hate losing. You’ll keep running at the problem full tilt until you either solve it or slam headlong into a brick wall. When people like you run into those walls, you should have someone there to pick you back up.”

That’s all it is. He likes to be that person to women he cares about. It’s not rescuing. It’s not teaching. It’s helping. It’s picking someone back up. They make it look so easy, as it should be.