More Bucky Barnes and Sam Wilson Than Ever Before? Yes Please! 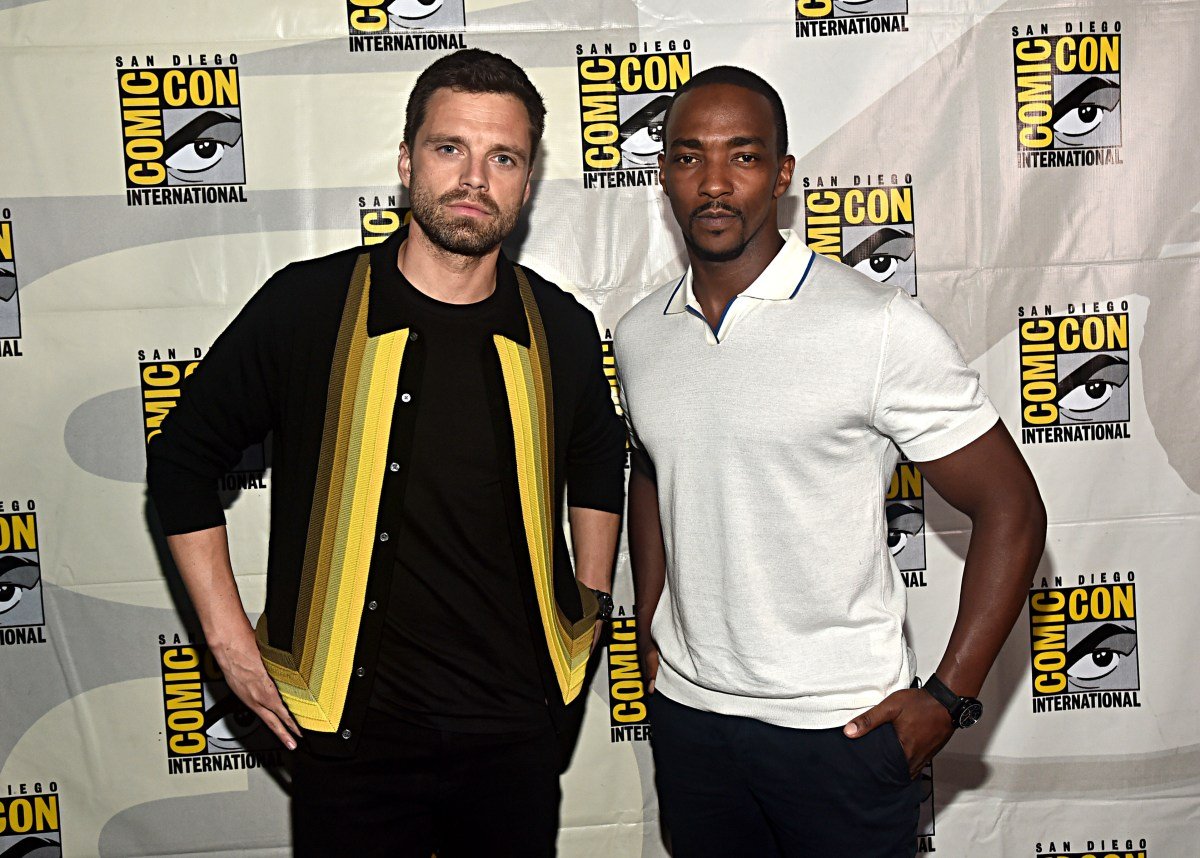 Promoting his film The Last Full Measure meant that Sebastian Stan got a brief break from filming Marvel’s Falcon and the Winter Soldier, but that doesn’t mean he’s not excited to talk about the new Disney+ show! Focusing on Bucky and Sam as they take on Zemo, fight for the shield, and chat with Sharon Carter again, Falcon and the Winter Soldier seems, to me, to be a perfect prequel for what is to come for our favorite Captain America friends in the next phase of the Marvel Cinematic Universe.

We’re getting to do things with these characters that we just never had an opportunity to [do]. I mean, we’re taking them to such different, new waters. We’re having a lot of fun. We’re definitely [having fun]. There’s no way to not have fun with Anthony.

Here’s the thing: GOOD. For so long, both Sam Wilson and Bucky Barnes have been sidelined, which has been upsetting for their fans. When it came down to it, the heroes that got the time were always the original six Avengers over the “secondary” heroes. But now that there is a new phase for Marvel without Tony Stark and Steve Rogers, it is, hopefully, going to be heroes like Bucky Barnes and Sam Wilson who get their moment.

But what’s more interesting to me is the fact that we might be seeing Bucky Barnes actually attempt the modern world. So far, in the movies, he’s lived in situations that have kept him from modern technology and life to the point where he literally lived in an apartment with a mattress, and then with goats. So, to potentially see Bucky tackling dating apps? A delight for me!

So, I don’t know, he might do all kinds of things. He might even go on a date. I don’t know. Scary world out there, you know? Apps, things like that. I don’t know what he’s gonna do. I can’t see him on an iPhone… I think it’s gonna be a lot of dealing with Anthony’s character and Anthony himself which is always another character.

That is, if Bucky and Sam Wilson don’t kill each other first. Because, you know, the best part about their friendship is how they literally just want to always fight each other.

Sometimes I would really love to kill him. But other than that, if one of us doesn’t manage to kill the other by the end of the show, we’re good.

Can’t wait to watch Bucky Barnes try and navigate an iPhone 11 Pro Max. Good selfies for us all. Who knows when Falcon and the Winter Soldier is going to hit Disney+ for sure, but trust me, I’ll be watching every episode and probably yelling about each of them.