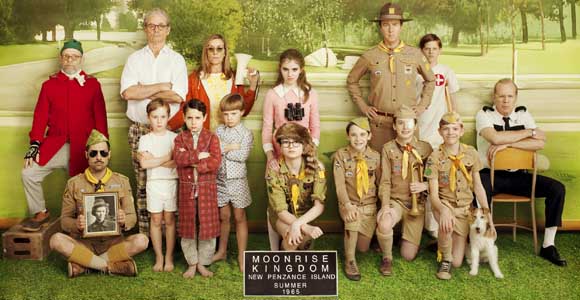 Wes Anderson’s new film, Moonrise Kingdom is a quirky tale set in the summer of 1965 starring Bill Murray, Bruce Willis, Edward Norton, Frances McDormand, Tilda Swinton, and more. The Mary Sue is happy to present a giveaway from Focus Features! Read on to see what, and how, you can win!

Here’s the synopsis of the film.

Set on an island off the coast of New England in the summer of 1965, Moonrise Kingdom tells the story of two 12-year-olds who fall in love, make a secret pact, and run away together into the wilderness. As various authorities try to hunt them down, a violent storm is brewing off-shore – and the peaceful island community is turned upside down in every which way. Bruce Willis plays the local sheriff, Captain Sharp. Edward Norton is a Khaki Scout troop leader, Scout Master Ward. Bill Murray and Frances McDormand portray the young girl’s parents, Mr. and Mrs. Bishop. The cast also includes Tilda Swinton, Jason Schwartzman, and Bob Balaban; and introduces Jared Gilman and Kara Hayward as Sam and Suzy, the boy and girl.

And here’s the trailer:

To celebrate, Focus Features has provided us with some fantastic movie swag!

One (1) winner will receive:

One (1) additional winner will receive: 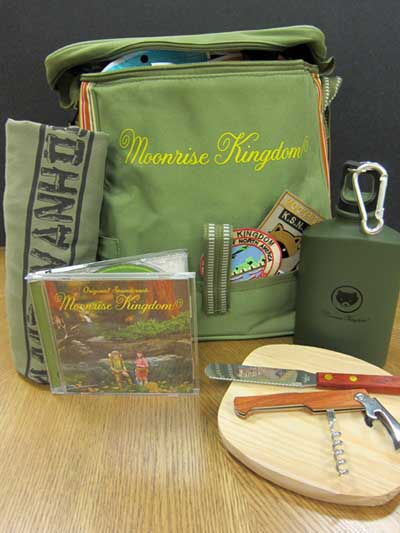 This is going to be a Twitter contest as usual. To win, tweet this bolded text (and only this bolded text): I just entered @The_MarySue’s #MoonriseKingdomGiveaway so I can camp in style! http://bit.ly/Ns7qWY Or, click this right here: Tweet

If you do not follow @The_MarySue on Twitter WE WILL NOT BE ABLE to contact you if you win and you will be disqualified. Entries must be received by 11:59 p.m. Eastern Standard Time, June 22nd 2012 (that’s today). Good luck and thanks to Universal Pictures for the opportunity!