Moonlight and The Handmaiden: Two Very Different Takes on Intimacy 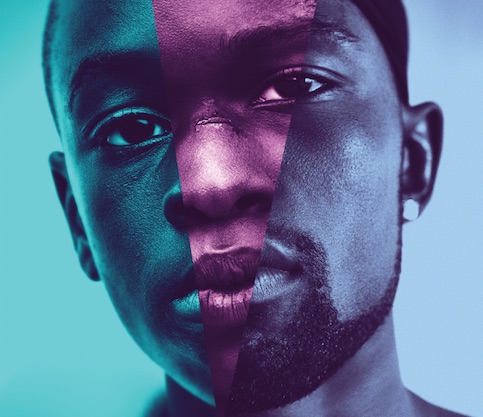 Moonlight and The Handmaiden are, in almost every respect, very different films. Whereas Moonlight is a coming of age story, The Handmaiden is a heist thriller/romance. Moonlight takes place in Florida in the 90s and 00s, The Handmaiden takes place in Japan-occupied Korea in the 30s. Only two things unite them. The first is their shared high quality (both are easily in the top 5 for the best movies of 2016, maybe top 3, and one of them might even take #1 for me). The second is that both of them center around a queer relationship.

This leads us to what is perhaps one of their more minor differences, but the one we are here to discuss: the depiction of the intimacy between their respective couples. Both films do indeed depict their leads engaging sexually with their romantic interests, and while the differences between them could be ascribed to the various thematic differences between them, they’re also indicative of broader cultural trends in how queer relationships are portrayed in film, and why they’re portrayed that way.

So, let’s establish our terms. I won’t be doing plot rundowns (because both movies are worth seeing as cold as possible), but I do have to describe, in broad terms, the sexual activities engaged in in these movies, so that we can all be on the same page. If that’s something that bothers you, I’m sorry, but it might be time for you to check out.

Moonlight’s sex scene, such as it was, takes place around the midpoint, and is—for an R-rated movie—extremely chaste. What happens is that one man masturbates another. Both men are fully clothed and the camera shoots the act from behind. With the sound off, you could be forgiven for not even knowing a sexual act was being performed. In fact, the scene reminds me of a similar scene between Amy Adams and Phillip Seymour Hoffman in Paul Thomas Anderson’s underrated masterpiece The Master (though the dialogue and context render that sequence more disturbing and controlling, whereas Moonlight’s scene is gentle and intimate).

The Handmaiden’s first of three sex scenes also takes place around the midpoint, and you’ll forgive me if I don’t describe it in any detail because it (and the other two scenes like it in the movie) are explicit enough that they walk right up to the line of being pornographic. That’s not a criticism, but it does tie into my broader point.

Now, there are very good thematic reasons as to why these two scenes differ as much as they do; Moonlight’s story revolves around the lead’s violent self-hatred and repression of his sexuality, whereas The Handmaiden eventually reveals themes of men controlling women’s sexuality. So, it’s thematically appropriate that the scene of the lead giving into his desires in Moonlight is chaste, while the scene of the two women reclaiming their sexuality is more explicit. But as with all things, these movies do not exist in a vacuum.

One thing I’ve noticed, for example, is that depictions of lesbian intimacy in film, when it’s allowed to exist at all, tends towards the pornographic (Blue is the Warmest Color and Room in Rome being the most prominent examples). Lesbian relationships in media are still by and large considered titillation for straight male viewers. Even with the most artistic and intellectual of intentions, being taught through osmosis that lesbian sex in film is aimed at straight men will win out, never mind producers who may push for more explicit sequences in order to try and draw in a larger audience.

This isn’t even to mention that most directors are straight men; women in general and lesbians specifically are criminally underrepresented in film. Most lesbians who do work in film either tend to not be very prolific (Jamie Babbit has made exactly 3 films since 1999) or not make films about being a lesbian… and not be very prolific (Kimberly Pierce has directed 3 films since 1998, despite her first film, Boys Don’t Cry winning Hillary Swank an Oscar).

The circumstances surrounding gay men being forbidden from showing affection in media, except in media aimed specifically and only at gay men, is a little less straightforward but it once again boils down to straight men being the dominant arbiters of culture and those two dreaded words: “No homo.”

To be frank, many straight men are exceptionally insecure in their sexuality. This is a massive subject, with dozens of different aspects and a vast number of consequences, ranging from the comic (like the aforementioned no homo) to the horrific (the assault and murder of trans women), but it’s also one I don’t really have the time or qualifications to go into in depth, but it’s worth keeping in mind, because it informs huge swaths of culture—and this concept in particular.

Therefore, any and all media that would have two men naked on screen together is going to work as hard as possible to avoid showing that. Many, many movies centered around or involving gay characters have avoided any and all explicit content, and not necessarily out of some desire to make it safe for younger audiences. Ironically, for reasons that are too complex to go into here, homosexuality is seen as inherently more explicit than heterosexuality, so even the hint of a gay character is often enough to force the film into a much higher rating than it would get with an equivalent straight one. This is purely out of a desire to avoid offending the sensibilities of straight men who fear that seeing two men engaged in sexual activity will cause them to forfeit their straight card.

The effects of these two trends have very different—but similarly negative—effects on real life lesbian or gay relationships. Men in relationships with other men are constantly pushed to hide their sexuality or even their relationship, as if it were something to be ashamed of, or that it might corrupt youth. Meanwhile, the fact that lesbian relationships in films are depicted so explicitly contributes to the absurd belief that women are only interested in other women in order to titillate straight men.

Obviously, this is not to say that every movie based around a gay man should become an X-rated sex fest, nor should every one based around a lesbian couple be completely devoid of sex. Nor do I think you should avoid either Moonlight or The Handmaiden just because they both fall so neatly into these categories. As I often say whenever I examine a movie that has some problematic element, or contributes to a cultural trend: that doesn’t make the movie bad, it just makes it worth examining.

No piece of media exists outside the culture and trends that surround it, so it’s always helpful to be aware of those things when creating media.

Seriously though, Moonlight is so freaking good.

James is Connecticut-based, Alaskan-born cinephile with an obsession with The Room and a god complex. His interests include Warhammer 40k, the films of Nicolas Cage (both good and bad) and obscure moments in history. He writes reviews for Moar Powah under the name Elessar and also has a blog where he is reviewing every episode of The X-Files at I Want to Review. His Twitter can be found at Elessar42, and his Tumblr can be found at FootballInTuxedos.