The Moon Is … Rusting?

And it's all our fault. 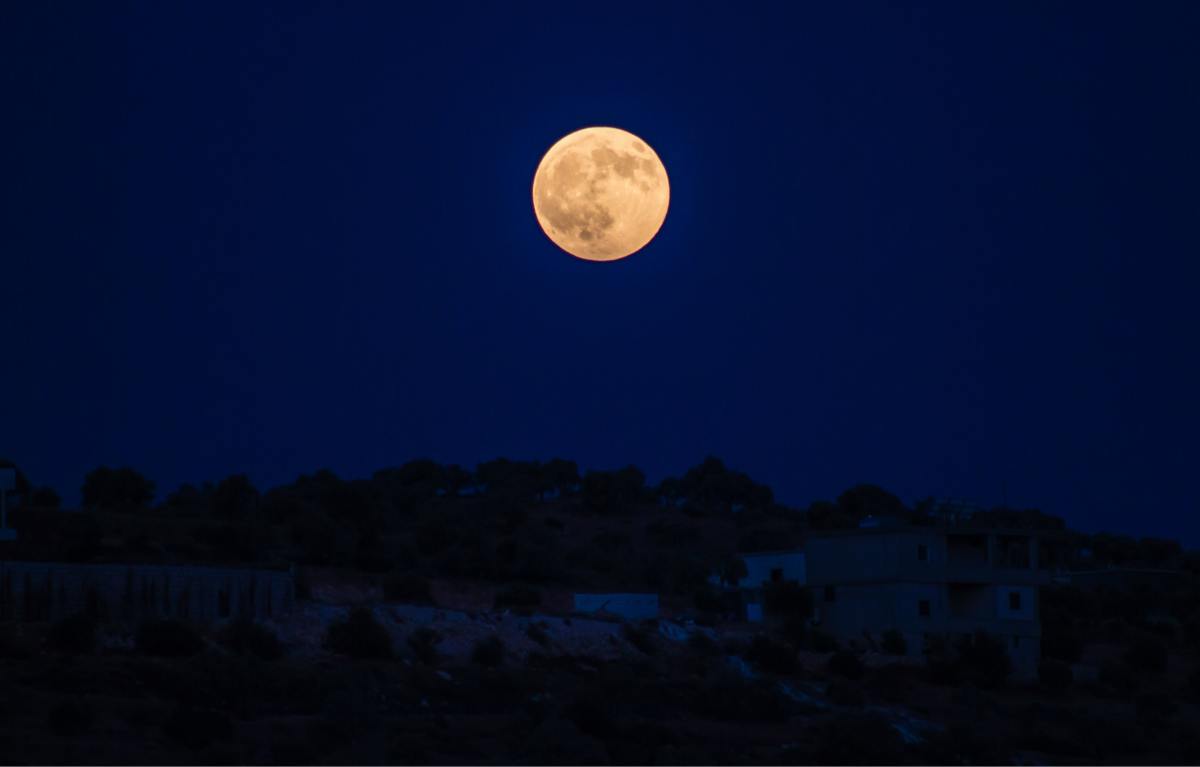 Maybe we shouldn’t have been so quick to dismiss those TikTok witches who hexed the Moon, because the celestial body was in the news this weekend thanks to revelations from scientists that she’s … rusting. How is that possible, though? Rust happens when iron is exposed to oxygen and moisture, either in air or water. And given that the Moon is not made of metal—and doesn’t have, you know, air or water—what the heck is happening?

Well, first off, the Moon actually does have some water. In 2008, India sent a probe to the Moon, Chandrayaan-1, which found evidence of water molecules. It also carried an instrument built by NASA that analyzed the Moon’s mineral content and, at certain points on the Moon, researchers found hematite, also known as rust.

That was weird and unexpected. Why was the Moon rusting? While there are iron-rich rocks on the Moon and maybe even water molecules, as noted, there’s not just enough oxygen there to make rust—and yet, there’s that hematite.

Researchers have been studying and theorizing about the Moon rust for a while, led by Shaui Li, of the University of Hawaii. Li published her findings last week. She and her co-authors wanted to figure out why there was hematite on the Moon when the surface mainly gets hydrogen from solar winds, not oxygen. Well, it turns out the answer to the riddle of the Moon rust is … us.

No, I’m not saying that maybe the rust on the Moon was the friends we made along the way. What the scientists are saying is that there is evidence that the rust on the Moon is caused by the Moon’s oxygen-rich big sister, the Earth—and the implications of that are very interesting.

The rust on the Moon is concentrated in certain places, specifically the side of the Moon that faces the Earth, specifically at the poles. When the Moon is close to full, meaning the Earth is between the Moon and the Sun, the solar winds blow towards the Moon and pick up stuff from the earth for a few days. The Moon basically gets caught in the magnetic wake of the Earth. This magnetic trail carries electrons from the Earth’s atmosphere to the Moon, and also oxygen.

What this means is that the Moon isn’t rusting because of global warming or hexes from teenagers but, as Li explained in a press release, the Earth’s oxygen may have been rusting the Moon for billions of years. “This discovery will reshape our knowledge about the Moon’s polar regions,” said Li in the release. “Earth may have played an important role on the evolution of the Moon’s surface.”

The relationship between the Earth and the Moon is incredibly complex, and this study shows it may be even more complicated than we know. The Moon affects our tides, bodies, and lives, but the Earth also affects the Moon. We’re only beginning to learn how and why.