The Sully Jaeger Can Protect Boo and Cancel The Apocalypse In This Pacific, Inc. Painting 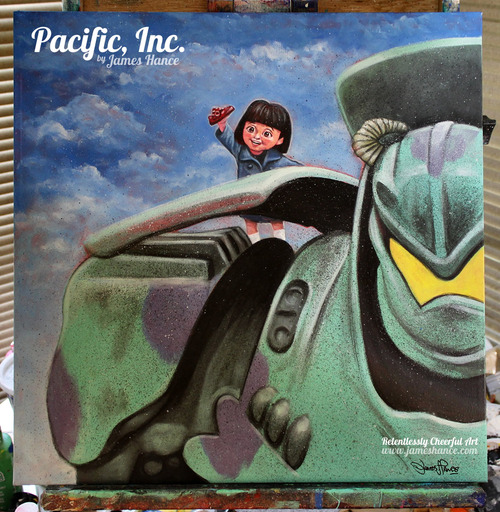 To fight monsters, the monsters created monsters. Artist James Hance recently finished this Pacific Rim and Monsters, Inc. mashup painting, in which he cast Monsters, Inc.‘s Boo as Mako Mori, somehow managing to double the adorable little girl-monster moments of each film. Still, I can’t help but think that Sully and Mike would make a terribly dysfunctional Jaeger piloting duo. You can purchase prints at Hance’s website, where he also has a number of charming mash-up illustrations featuring Doctor Who, Up, Star Wars, and other nerdy subjects available in print form.