Monopoly: The Musical | The Mary Sue

Monopoly: The Musical on the Way to Tear Apart Your Family 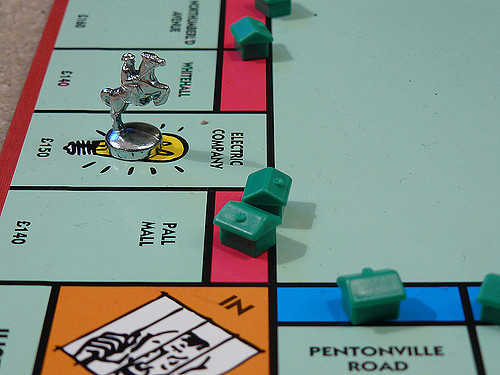 Of all things, the board game Monopoly is making its way to Broadway! For the most realistic experience, it’ll probably be 4 hours too long and only one of your friends/family members will really enjoy it. Meanwhile, your buddy hanging out at Monopoly Deal on Off-Broadway is having a jolly ol’ time.

Hasbro, Inc. and Broadway producer The Araca Group (Urinetown, A View from the Bridge, Disgraced) announced their partnership today to adapt Hasbro properties into shows, with Monopoly as the first project. Hasbro general manager Simon Waters says he hopes it will “[offer] fans a unique and immersive experience for people of all ages.” Araca Group CEO Matthew Rego calls the opportunity to make Monopoly: The Musical “almost too good to be true.”

I’d really like to see a Monopoly adaptation that acknowledges the game’s original anti-monopolist origins as an educational tool, but that seems doubtful. Anyway, here are my musical number proposals:

What are your thoughts on a singing and dancing Rich Uncle Pennybags?