Okay, I Think I Know Who Monica Rambeau Texted on WandaVision 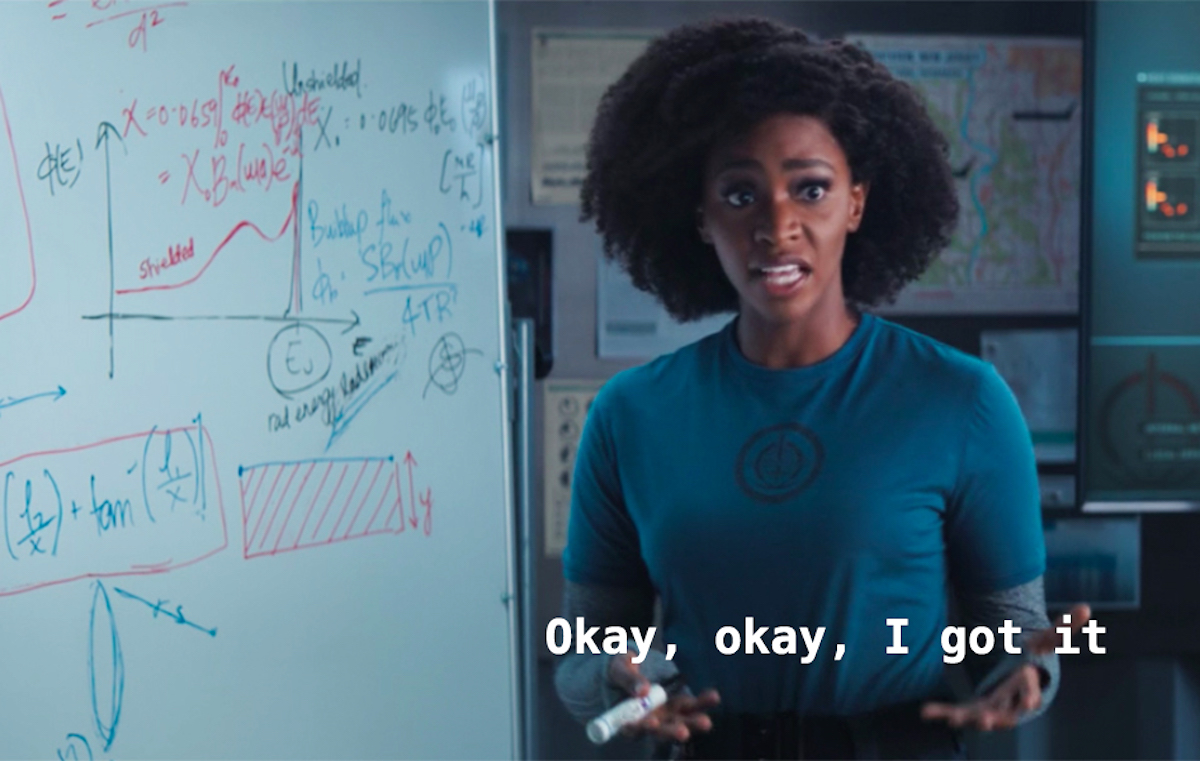 Monica Rambeau needed help and reached out to someone on last week’s WandaVision. We don’t know who and we don’t really know why, but this week, we got a step closer to figuring out who is heading to Westview, and I think I know who to expect!

**Spoilers and theories for all released episodes of WandaVision are below.**

If you recall, Monica Rambeau texted an aerospace engineer last week, and speculation on who it could be was going around the internet. From Riri Williams and on, everyone had some sort of idea as to who it was going to be, and while we’re still not sure, we did get a new clue this week: Monica said that her guy was coming.

So my Riri Williams-loving heart has to wait a bit longer to see Ironheart take to the screen, but at least I know she’s coming to Disney+. But still, we don’t know who Monica texted. Some believe that Rhodey could be joining up with Monica to help, and while yes, that’d make sense, the show has been building up this “guy” for a really long time. I know I personally would love to see Rhodey, but it wouldn’t really be shock, requiring this kind of buildup, that he’d come to help during an Avengers crisis.

No, I think this has to be someone big, someone we haven’t seen before. I think, for sure, that Reed Richards is heading to Westview. We don’t know of any casting announcements, we don’t know anything for sure, but we do know that Marvel has plans for the Fantastic Four, so what better way to introduce Reed than to bring him in as an aerospace expert to help Wanda before he ever becomes Mr. Fantastic?

The fact that he seems to be coming to us in the modern mockumentary episode is also something to note because a lot of the dreamcasts/rumors circle around actors who are famous for their TV comedy work, like John Krasinski and William Jackson Harper.

While I’m convinced it’s Reed Richards, Rhodey does also make sense, especially because Monica is very aware of Wanda’s trauma and trying to help her come out of this hold she’s in without hurting her. So bringing in Rhodey, someone Wanda knows and trusts, would check out.

But I don’t think her first jump was to text James Rhodes to help. I think an expert like Reed could easily come in to assist, and if Monica was already working with S.W.O.R.D. prior to the snap, she probably knew Reed. Would Marvel introduce a character this big on WandaVision? I mean, yes. We saw what they did with Pietro, and I think they’re making it clear that the Disney+ series are playing a huge part into the film world so debuting the Fantastic Four on WandaVision would do just that.

If it’s not Reed, I’ll be okay, but I would love if he rolled up to help because what a reveal THAT would end up being.