Not shown: the reporter who decided to call her “Annie” (her next film role) rather than learn how to pronounce her name beforehand, and got yelled at by a nine-year-old. True story. But it wasn’t just about meeting reporters for Wallis. It seems like she made quite a few new friends at the Oscars: 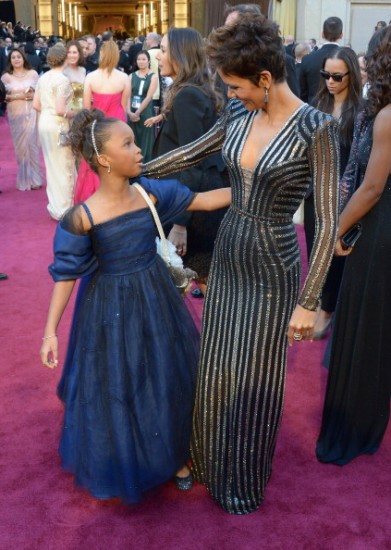 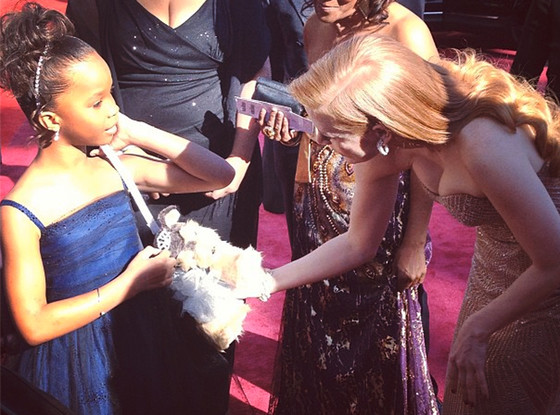 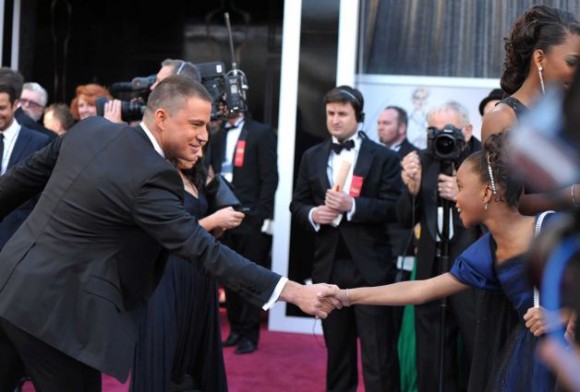 And just for one extra measure of cute, or awesome, or attitude role model, here’s what Wallis was doing every time the camera did a post-film-clip-of-her focus on her: