OUT NOW ON IOS AND ANDROID
(it’s a good game, Brent)

Good news for fans of the WeRateDogs Twitter and dog enthusiasts in general, you can now download the free endless-runner game that reminds you that even if your dog runs into a log, a biker, or a river, they’re still h*cking good and deserve pets.

In collaboration with Fourth Wall Games, Good Dogs! allows you to “immerse yourself in a world where your dog is all that matters,” in “the most realistic and numerically accurate dog running simulator ever.” It’s available on iOS and Android and there are 7 dogs, but the game plans on adding more, new fur colors, hats, and even a new park every month. Avoid obstacles, collect bones, and do your darndest! 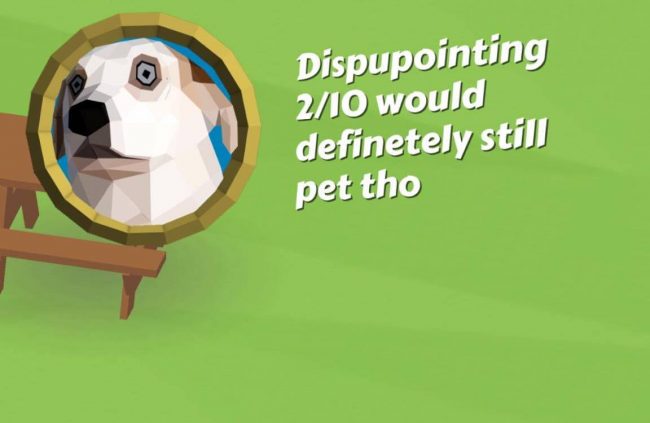 I still haven’t been able to get very far in Hipster Park, as you can see above. It’s a pretty difficult to get the hang of, but, as the game says “No matter how far your dog runs, please remember…your dog is a very good dog.”

(via The Daily Dot, featured image via screencap)