Are we sure they weren't on the guest list? 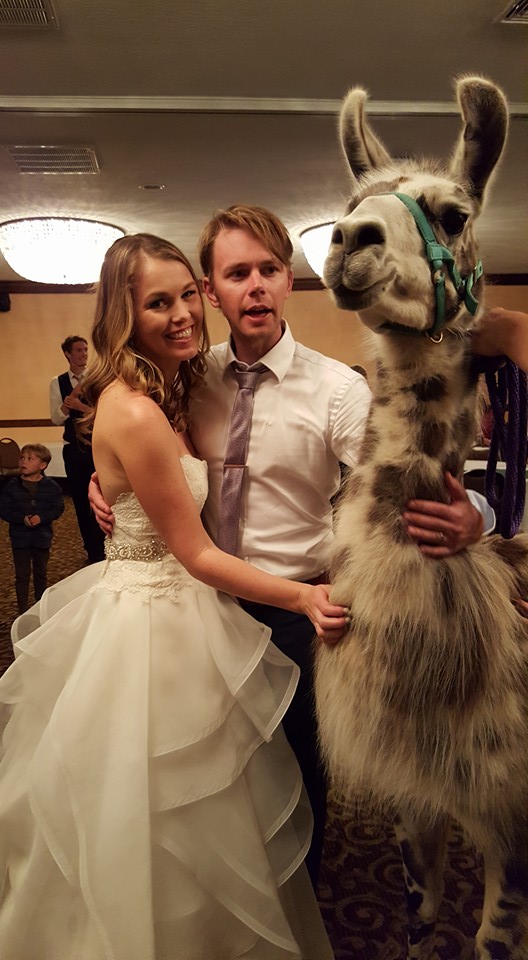 In what can only be described as a beautiful mashup of Wedding Crashers and The Emperor’s New Groove, a pair of adorable llamas turned up at a wedding reception to hang out with people they had never met before.

Drew Kluger and Alexis Wilson, who tied the knot back in April, were celebrating their union among family and friends when some furry creatures decided to crash the party. According to a post on Reddit, the couple happened to book their reception the same day that their hotel was hosting a llama convention. The unexpected guests turned out to be a great addition to the festivities, as seen in the above picture of the bride and groom.

Their relative, David Kluger, made friends with another llama named Gwen Stefani.

Yes, awkward dancing and stale slices of cake are essential, but if there’s no llama surprise, is it really even a wedding? Like, if you don’t receive a llama-drawn chariot ride around the parking lot, as did this couple, then are you really living?

We should all hope to have these adorable animals show up on our special day.