Tiny Godzilla Visiting a Class Is Adorable | The Mary Sue 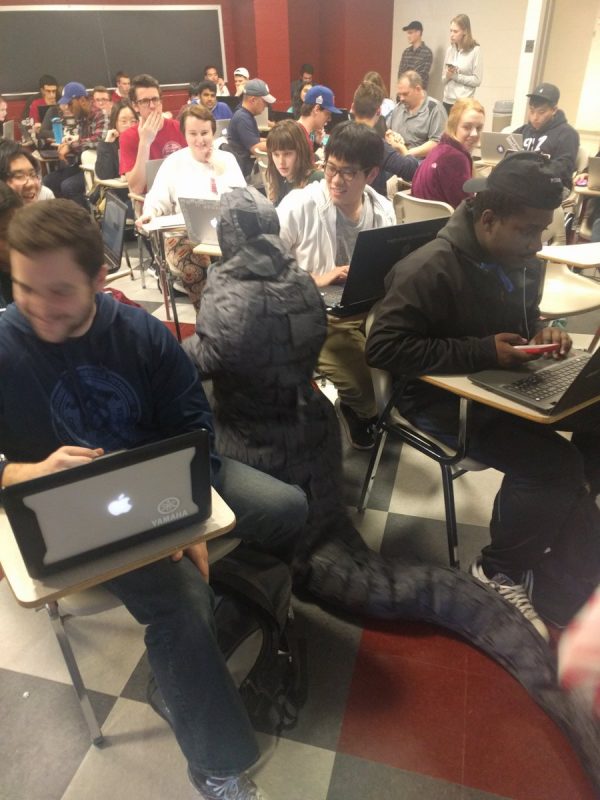 Twitter user @ngmferguson’s status went viral after he Tweeted out a series of pictures from his classroom. It appears that they had a very special visitor.

@ngmferguson wrote, “My teacher’s son is off for spring break and she brought him to class in his Godzilla costume,” accompanied by three pics of the kid in his Godzilla get-up from different angles.

This is just the perfect stuff to catch the attention of the Internet: a child’s antics, a series of escalating photos, a funny costume, and everyone’s favorite King of the movie monsters. At current, the Tweet has over 260,000 likes, and @ngmferguson has updated his status to include, “Godzilla photography specialist.”

My teacher’s son is off for spring break and she brought him to class in his Godzilla costume pic.twitter.com/2lL4oKoD9B

In the pictures, you can see the class’ obvious amusement as the littlest Godzilla traipses through the aisles. Some appear to be talking to him—perhaps asking after the best ways to destroy cities—while others can barely contain their laughter. The kid seems a little small for the costume and is dwarfed by it, which is somehow even cuter. This reminds me of those T-Rex costumes and how absolutely every situation you find them in is rendered hilarious by their mere presence. 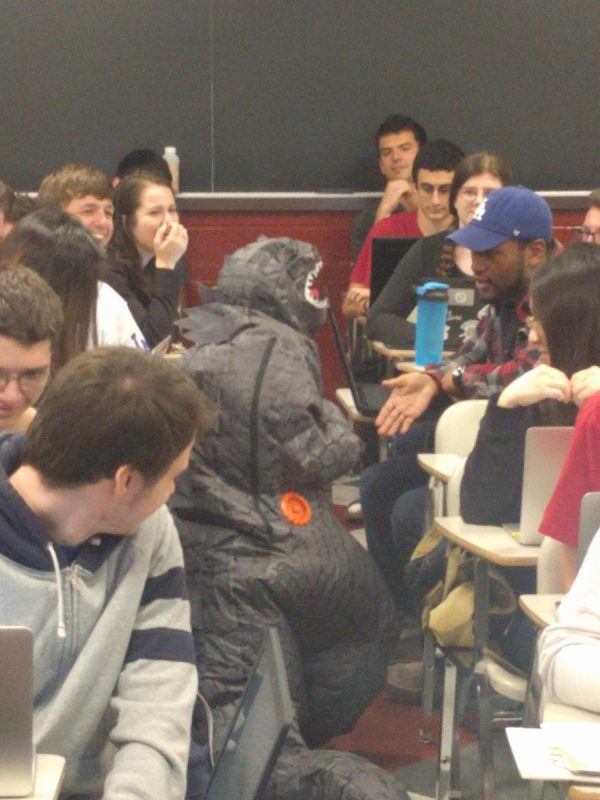 If you ask me, this is parenting done right. The teacher here was in a situation where she had to bring her child to work, and she let him accompany her in what is no doubt his much-beloved Godzilla costume. As a result, everyone won.

Natty, the photographer, notes in his Twitter bio that he’s studying computer science. Hopefully, no laptops were lost to that crushingly destructive tail, on what was surely the best day of class ever.