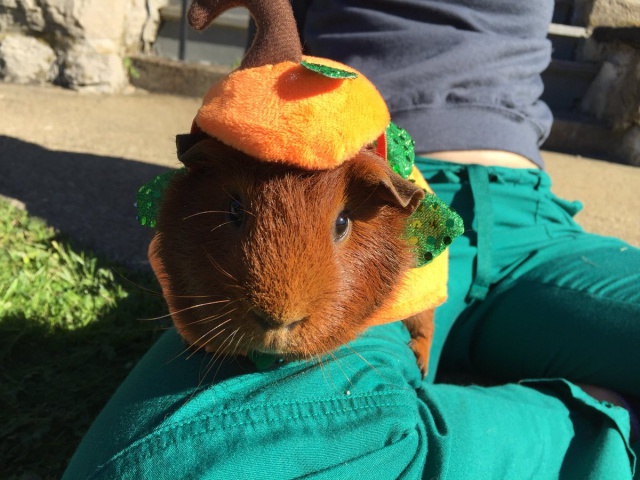 Nothing says festive holiday season like cute tiny animals dressed up costumes. We thank their owners profoundly for allowing us to partake in the adorable glory of their pets. Most of these are guinea pigs, but I just had to throw in that taco lizard from last year because that is some impressive stuff! Do you have any cute/creative costumes for your beloved pet this Hallow’s Eve?

.@sarahannpeck put her guinea pig in a Halloween pumpkin suit and I cannot think of anything cuter than this 🎃 pic.twitter.com/F9yxeZkbO2

We are ready to trick mommy! For treats!! #princess #guineapig pic.twitter.com/QzsToCUClz

my friends made their guinea pig a halloween costume… pic.twitter.com/fvqERy2tUU

Here is a little mood music as you scroll these pictures again and again. Happy Monday!