I feel a deep affinity with sloths. They speak to my soul. But a baby sloth? That’s almost too much. He’s so slow-moving and tiny at the same time. And he has a special friend.

B-rad, appropriately found in a video called “Cutest Baby Sloth EVER,” lives up to that title. Visited in Costa Rica by the Brave Wilderness folks, B-rad is a wee three-toed sloth, and he likes to give high fives (well, threes).

B-rad can be seen in the video cuddling with his stuffed sloth—yes, the baby sloth has a stuffed sloth for a friend, which just a little more than I can handle. 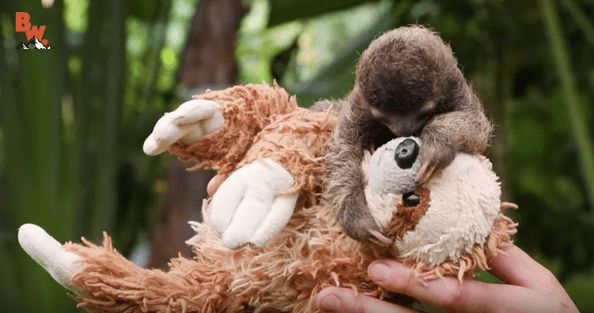 We also learn some important Sloth Facts(tm): that sloth hair grows from the sides and backwards, so that when they’re hanging upside down (as they do), when it the water runs right off of them. I now imagine sloths as having natural built-in rain gutters.

B-rad was brought to the Costa Rican sloth sanctuary after he fell out a tree, making him one lucky little sloth. Once he’s properly grown and well-nourished, he’ll be released back into the wild. But for the time being, he gets to hang out and be admired. And eat leaves. 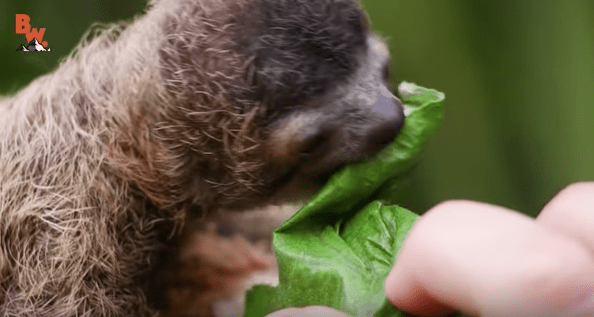 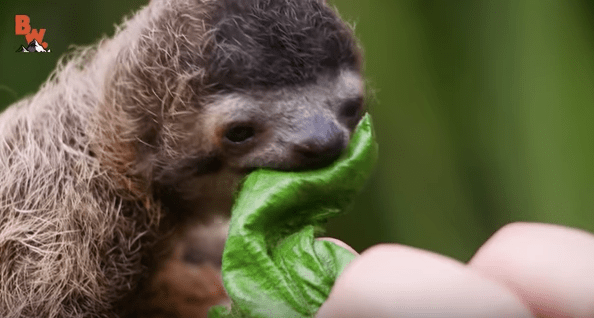 What a sweet, calm, and curious little fellow who takes being handled and chatted at in stride. We could all learn a lot from B-rad. I’m making him the mascot of my 2018 goals going forward. 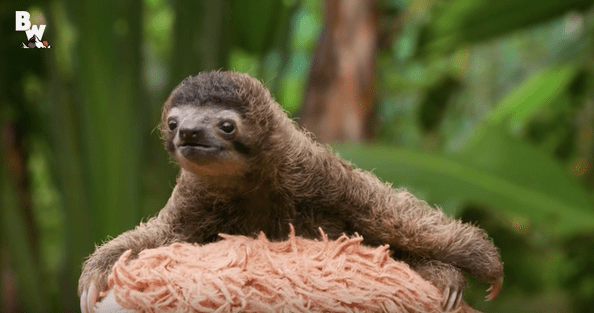