Moira Donegan Steps Forward as the Creator of the “Sh*tty Media Men” List, Come What May 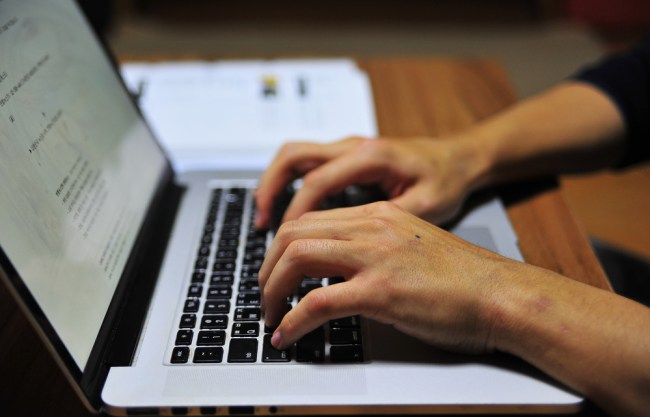 First, there was the “Sh*tty Media Men” list, a Google spreadsheet where women in media could anonymously warn other women about abusive men in their industry. Cut to the spreadsheet going viral, becoming both lionized and demonized. Then, an upcoming Harper’s story by Katie Roiphe (who seems to believe that rape on college campuses is “exaggerated.”). Roiphe was rumored to know who created the list, and the Internet quickly and strongly advised her not to reveal the name, with good reason. However, rather than wait to be outed, the creator of the “Sh*tty Media Men” list has come forward herself.

Her name is Moira Donegan.

In a thoughtful and thorough piece she wrote for The Cut, Donegan gives us the details of why she created the list, what her hopes were for it, and what became of her life after this thing that she thought wouldn’t get much attention ended up causing a media firestorm.

The list was intended to be private, circulated and shared among women only, and used simply as a tool so that women could make workplace decisions that were best for them.

She created the list, because she wanted to provide an avenue where women could safely report their experiences without fear of retaliation, noting that HR departments are in place to protect their companies (a problem when it’s a boss being accused by an employee and HR’s responsibility is to the accused), and that not all companies even have protocols in place for reporting sexual harassment or assault.

Donegan also notes that old-school whisper networks “are social alliances, and as such, they’re unreliable. They can be elitist, or just insular. As Jenna Wortham pointed out in The New York Times Magazine, they are also prone to exclude women of color.” She hoped that her crowdsourced, anonymous list would level the playing field and allow more women to help each other, and speak their truth.

She acknowledges that, there was a small chance of false reporting, but stresses that she posted a disclaimer letting women know that anything on the sheet was an allegation or rumor, and that the information provided should be taken with a grain of salt.

“I sympathize with the desire to be careful,” she writes. “Even as all available information suggests that false allegations are rare. The spreadsheet only had the power to inform women of allegations that were being made and to trust them to judge the quality of that information for themselves and to make their own choices accordingly. This, too, is still seen as radical: the idea that women are skeptical, that we can think and judge and choose for ourselves what to believe and what not to.”

Donegan says that her reasons and hopes for the list were based in both naïveté and cynicism.

Cynical, because “At the time when I made it, I had become so accustomed to hearing about open secrets, to men whose bad behavior was universally known and perpetually immune from consequence, that it seemed like no one in power cared about the women who were most vulnerable to it…I thought that women could create a document with the aim of helping one another in part because I assumed that people with authority didn’t care about what we had to say there. [I] am glad I was wrong.”

She also details her interaction with Harper’s Roiphe:

“In early December, Roiphe had emailed me to ask if I wanted to comment for a Harper’s story she was writing on the “feminist moment.” She did not say that she knew I had created the spreadsheet. I declined and heard nothing more from Roiphe or Harper’s until I received an email from a fact checker with questions about Roiphe’s piece. “Katie identifies you as a woman widely believed to be one of the creators of the Shitty Men in Media List,” the fact checker wrote. “Were you involved in creating the list? If not, how would you respond to this allegation?””

Donegan became anxious, and that feeling escalated as the ensuing brouhaha over her being named by Harper’s made it seem and feel inevitable. So, after a lot of thinking, she decided to out herself. She’s still afraid of what might happen.

However, as she writes in her piece, “Last year, I wrote that women just recounting their experiences of sexism did not seem like enough. I wanted action, legislation, measurable markers of change. Now I think that the task at hand might be more rudimentary than I assumed: The experience of making the spreadsheet has shown me that it is still explosive, radical, and productively dangerous for women to say what we mean.”

Indeed, we do need those concrete changes. However, Donegan is right that it’s still seen as “controversial” to trust the word of women. Still “controversial” to assume that women know their own minds and experiences. “Controversial” to believe that women are capable of discerning the difference between flirting and harassment. We stand with Donegan and with all the women who have been, and continue to come forward with their stories.

Because, apparently, women speaking their truth remains an event worthy of comment. Even if we achieve that concrete, legislative change, it won’t matter as long as we live in a world where we fundamentally mistrust the word of women.

(image: Shutterstock)
Want more stories like this? Become a subscriber and support the site!