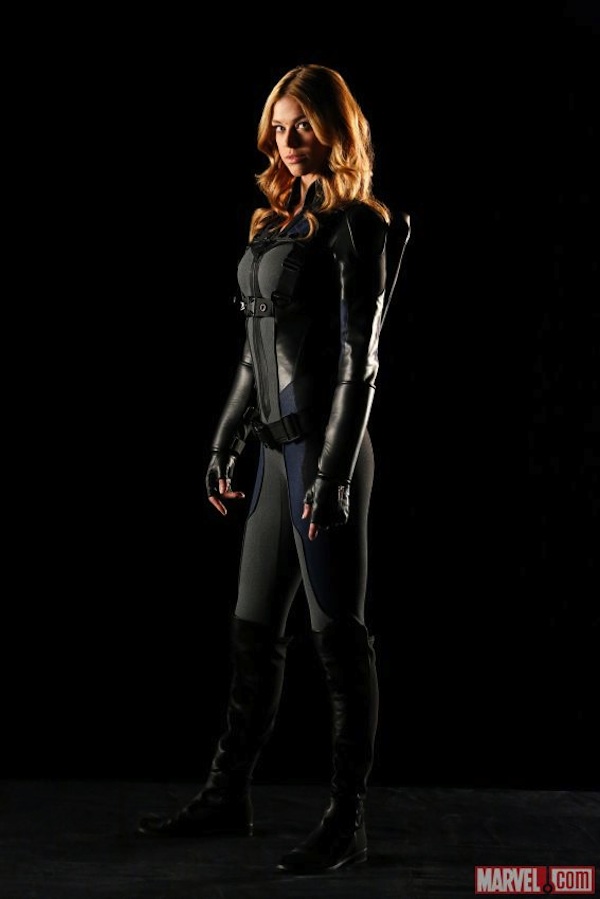 Marvel has released our first look at Adrienne Palicki as full Mockingbird for next week’s episode of Agents of SHIELD. Described as a “tactical outfit” and totally not a superhero uniform, guys, Palicki is lookin’ pretty bad-ass. I’m in.

In a release from Marvel, costume designer Ann Foley said,

I looked at all of her comic appearances and really wanted to try to bring elements of the look from the comics into the costume that we’re doing now for the show because I know it’s important to the fans. It’s important to me to keep certain elements, but we had to change it, obviously, for practicality, because it had to fit into our world. It had to have a kind of tactical feeling to it too so that it made sense in our universe.

She’s got rivets that are in the straps across her chest, and those are there as a tribute to the buttons that go down the side of her [most recent] costume [in the comics], as well as the colors that we were using, [which] are a tribute as well. Her colors are navy blue and white with a little bit of black in there, [but] white would not have been pretty on camera so we changed it to grey. [We] still tried to maintain the original style of what was in the comic book because [with] that white panel that goes up her center and down her legs, [so] we’ve mirrored that in her costume but in gray instead of white. 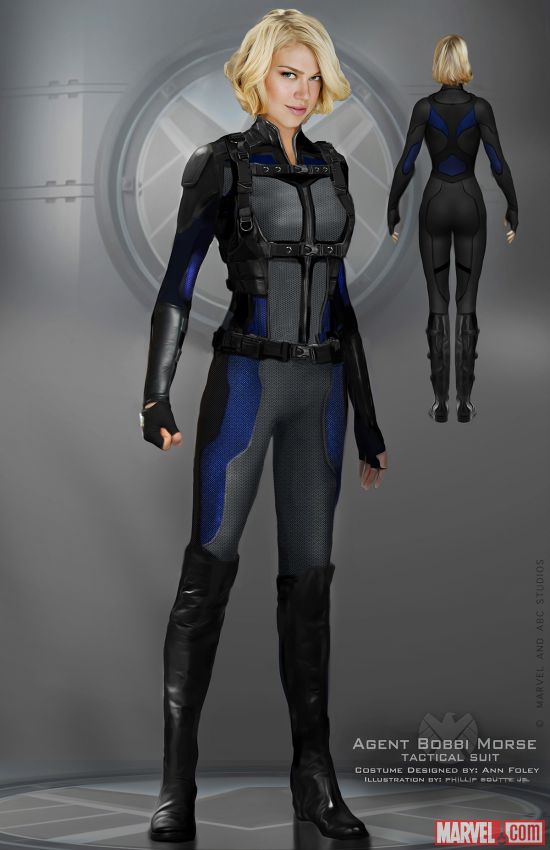 Agent Morse was pretty great in her first episode of SHIELD, but (as I mentioned in my review) I’m excited to see what Palicki can do with a really good action director like Kevin Tancharoen. Hey, at least Hunter will be happy she’s blonde again.