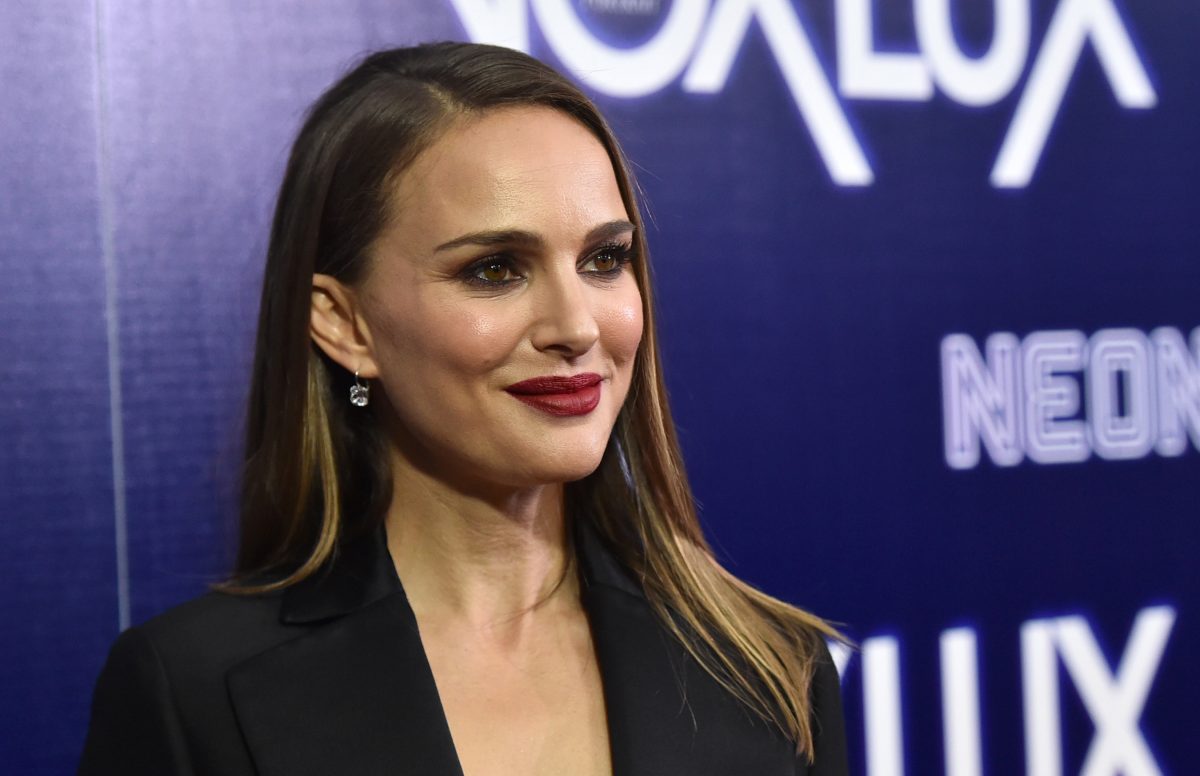 What do you do when you’re already being creepy? Well, if you’re Moby, you double down on it. We recently reported on Moby writing about Natalie Portman in his memoir. According to the singer, he had a relationship with 20-year-old Portman back in 1999, which is weird since (a) she would have only been 18 years old, and (b) Natalie Portman says it never happened.

The whole thing is becoming a “he said, she said” situation, and Moby’s idea of “proof” is just posting some pictures the two were in together. Portman, in saying they never had a romantic relationship, even stated that she did hang out with him a few times, so how is his “proof” any different than her story? Taking pictures with someone does not dictate that you shared a romantic relationship with someone. If it does, then we’ve all dated way more people than we thought.

And again, her point was that the memoir was not fact-checked because Moby stated that he Portman when she was 20, and that wasn’t the case, but let’s focus on Moby’s strange double down of “I swear, we dated”:

I recently read a gossip piece wherein Natalie Portman said that we’d never dated. This confused me, as we did, in fact, date. And after briefly dating in 1999 we remained friends for years. I like Natalie, and I respect her intelligence and activism. But, to be honest, I can’t figure out why she would actively misrepresent the truth about our(albeit brief)involvement. The story as laid out in my book Then It Fell Apart is accurate, with lots of corroborating photo evidence, etc. Thanks, Moby Ps I completely respect Natalie’s possible regret in dating me(to be fair, I would probably regret dating me, too), but it doesn’t alter the actual facts of our brief romantic history

That’s the first post he did, and let me just say, I hate that he decided to be self-deprecating and tried to turn this around to say that he also would not admit that he dated himself. Don’t do that. That’s insinuating that Portman is so ashamed of dating him that she’s outright lying.

At this point, the only one caught in a lie is still Moby, since the ages were very definitely wrong, anything else aside. But he didn’t stop there—you know the logical place to let this die. Instead, he decided to provide more “evidence” for us all, which … is just a series of pictures of him standing near Natalie Portman.

In my memoir Then It Fell Apart I respectfully and honestly describe the brief, innocent, and consensual romantic involvement I had with Natalie Portman in 1999. But she’s denying that we ever dated, even though in the past she’s publicly discussed our involvement, and there’s ample photographic evidence that we briefly dated and then were friends(some pictures included in this post). It hurts to be lied about, especially as I’ve always respected her, and I thought we were friends. But I’ve been receiving anonymous threats of violence from her fans, and it’s affecting my business and my health. So what should I do? What do you do when people believe lies and accusations and not actual photographs and evidence? I want to take the high road, but I honestly don’t know what to do. It’s one thing to be lied about, and entirely another when someone’s lies result in physical threats from complete strangers.

So … sorry, I mean to say that Moby TRIPLED down on being creepy, because, you know, sharing pictures with someone from years ago, in order to “prove” to the world that you dated, when they were already at a questionable age difference, does not make any of this look better for him, whether they dated or not. Why triple down? He’s probably embarrassed, which I’d say means he should maybe just … lay low for a while, but, you know, to each their own.