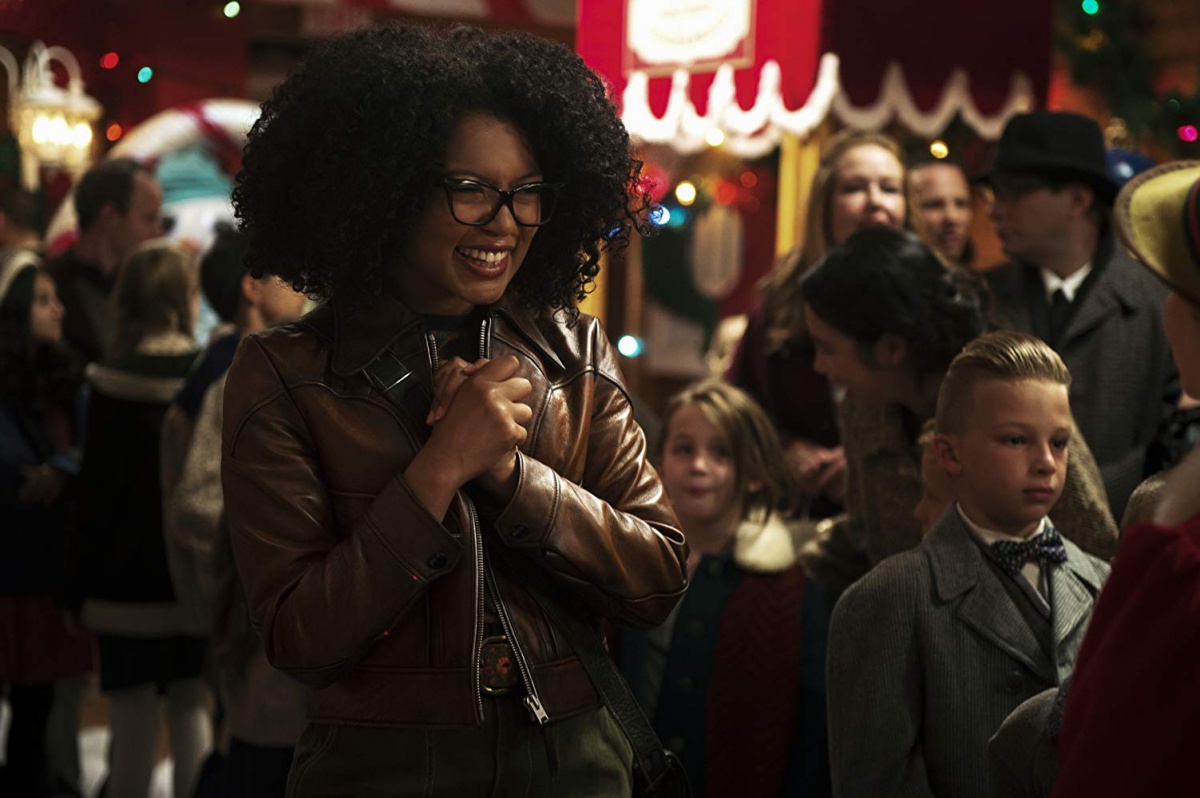 Over the weekend, I finally finished Netflix’s Chilling Adventures of Sabrina part 2, and overall, I thought it was solid. I especially enjoyed the focus on Lilith—her backstory, pain, and emancipation from Satan. I even felt like Sabrina felt a little bit more impressive as a character. At the same time, there was one new development that I wanted to care about, but I just couldn’t, and that was the romance between Roz and Harvey.

Last season, Harvey and Sabrina broke up for obvious reasons. She turned his brother, monkey-paw style, into a zombie that Harvey had to end up Of Mice and Men-ing himself in a deeply traumatic way—not to mention Sabrina, in a very Willow fashion, has a tendency to just use her magic without asking. The breakup was expected, as was Sabrina starting to date Nick Scratch, the handsome warlock who was all up in her grill. What I didn’t expect was Sabrina’s best friend, Roz, becoming Harvey’s new full-time love interest.

Due to history, my instincts when it comes to pairings like this are to never trust them. Friendship love triangles are a mess, and usually, the Black girl is not the one who gets the dude in the end. While the show has clearly played loose with the comics canon, this pivot doesn’t feel like one that can last, especially with how quickly they put Roz and Harvey together.

Let’s recall that the couple broke up a little bit before Christmas, and the beginning of school in the new year is when we get hints of the Roz/Harvey pairing à la Roz’s cunning ability to foresee the future. By Valentine’s Day, Harvey and Roz are full-on dating, and before the season is over, they’re declaring their love for each other.

The timeline for their romance falls just under two months, which would be quick by any standards, but especially in “dating your best friend’s ex” standards. More than anything, it feels strongly like Roz is getting Sabrina’s sloppy seconds. We spent all of last season really focused on the romantic bond between the two characters, a relationship that has been there for years, and now we’re supposed to view Nick and Roz as potential relationship endgame despite all the baggage the those relationships carry?

The first time Harvey tells Roz he loves her is after they get into a fight about Harvey’s feelings for Sabrina. Almost every time their relationship is brought up, Sabrina is there like a specter, looming over them, which is a frustrating place for Roz as a character to be.

When we left off with Roz last season, she had begun to understand her powers and was dealing with the fact that she was slowly going blind. We spent very little time with those aspects of her character. It wasn’t until “Chapter Fifteen: Doctor Cerberus’ House of Horrors” that we got a better understanding of Roz’s issues with her father and that she views him as slightly corrupt. Afterward, we spent no time with that until Roz asked Sabrina to heal her because her father was sending her to a school for the blind.

Beyond that, Roz’s storyline is mostly defined by her relationship to Harvey, which is a step down, for me. There are only two full-time Black women on Sabrina: Prudence and Roz. Prudence, while a badass with great work on the character put in by Tati Gabrielle, spends the entire series getting talked down to and manipulated by her father until the very end.

At least last season we had Roz taking on the progressive warrior role at Baxter High when Sabrina couldn’t. Now, it seems like she’s slowly turning into a Bonnie Bennett type, a plot device magical negro who is there to use her magic to help Sabrina and not really get anything  out of it … other than foreseeing herself kiss a boy. While I was glad to see Roz playing a role in the final battle, it felt pretty empty to me because all I could see was Bonnie from The Vampire Diaries, always there to help when it came to plot issues but very rarely getting to do something for herself. It’s not a problem that only Sabrina is guilty of, but it’s still very aggravating.

The only character among Sabrina’s friends with an interesting story this season was Theo. He got a really solid standalone personal journey that was able to tie in with the main plot really well.

Meanwhile, Harvey and Roz just got paired up in true “pair the spare” fashion, and I’m just worried that this will mean a continued lack of development for Roz. We still know so little about her as a character, her likes and interests, that I don’t want her being defaulted to just Harvey’s girlfriend who gets visions that help out all the white people in her life. It happens too often in this genre for the writers to not be aware of it, and because they have shown so much depth in other ways, I think they should understand why this is a trope they need to work to avoid.

I hope that the next season will give Roz some more standalone storylines that are about her own personal and magical journeys separate from her just being a helper for other characters. We see that about to happen with Prudence now going on her revenge journey to kill her father, and Roz is ready to follow Sabrina into Hell to help her friend get her turncoat boyfriend back … cool cool cool.