I am all about this photo. Just, like, all about it. Everything. Forever. 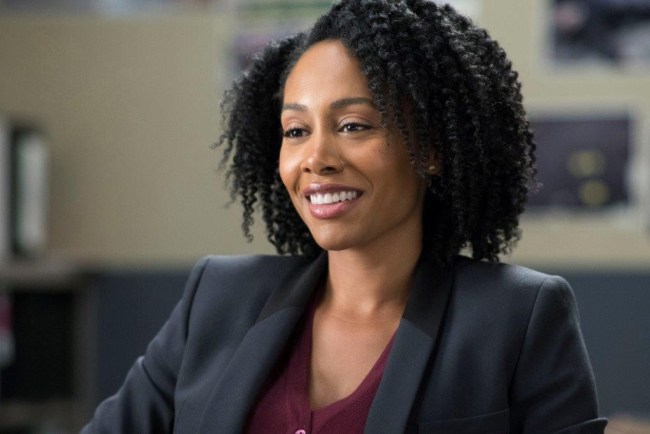 Spoilers for The Defenders, though let’s be honest, you already knew this one was coming when you looked up Misty Knight.

Entertainment Weekly just shared our first look at Misty Knight post-Defenders, where she lost her arm in a fight with Bakuto, one of the members of the Hand (lot of arm action going on, eh). 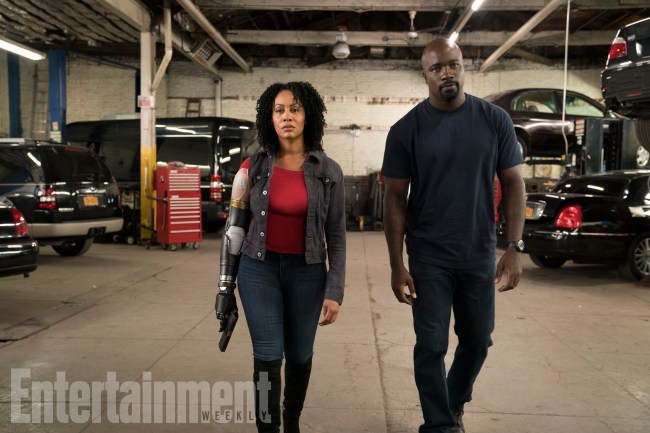 Here, she’s sporting a brand new bionic arm, a la her comic book character, though its origin is a bit different. At the end of The Defenders, Knight was recovering in a hospital that just so happened to be owned by Danny Rand, a.k.a. the Iron Fist. Colleen Wing is there and mentions that Rand can “pull some strings” in order to get Knight in on some experimental technology. Many fans (rightfully, obviously) took this to mean that we wouldn’t have to wait long to see Knight rocking her bionic arm, which lends her super strength in addition to assorted other powers.

Whether those “other powers” (such as control over robots and other mechanical life forms, magnetism, and energy blasts similar to Iron Man’s) make it on to Luke Cage or not obviously remains yet to be seen. We don’t get those details, and likely won’t, as such rad powers would most likely be revealed with some serious buildup. As well, The Defenders diverged a bit from the original comic book lore, which had Tony Stark bestowing Knight with the arm. Here, it’s painted out to be a bit more of an experimental technology, one that may not necessarily have been created by a “billionaire genius playboy,” unfortunately.

But if the ending of The Defenders is anything to go by, Marvel’s setting up a friendship between Wing and Knight, both of whom make up the Daughters of the Dragon, a crimefighting duo. Frankly, I’d watch the ever-loving hell out of a Daughters of the Dragon show, but these days, us getting a female-fronted Marvel franchise starring two women of color seems like such a long shot (real big bummer there, believe me).

Either way, I’m stoked to see Knight back in action when Luke Cage‘s second season drops next year.