Mission: Impossible's Ilsa Faust is the Heroine we Deserve | The Mary Sue 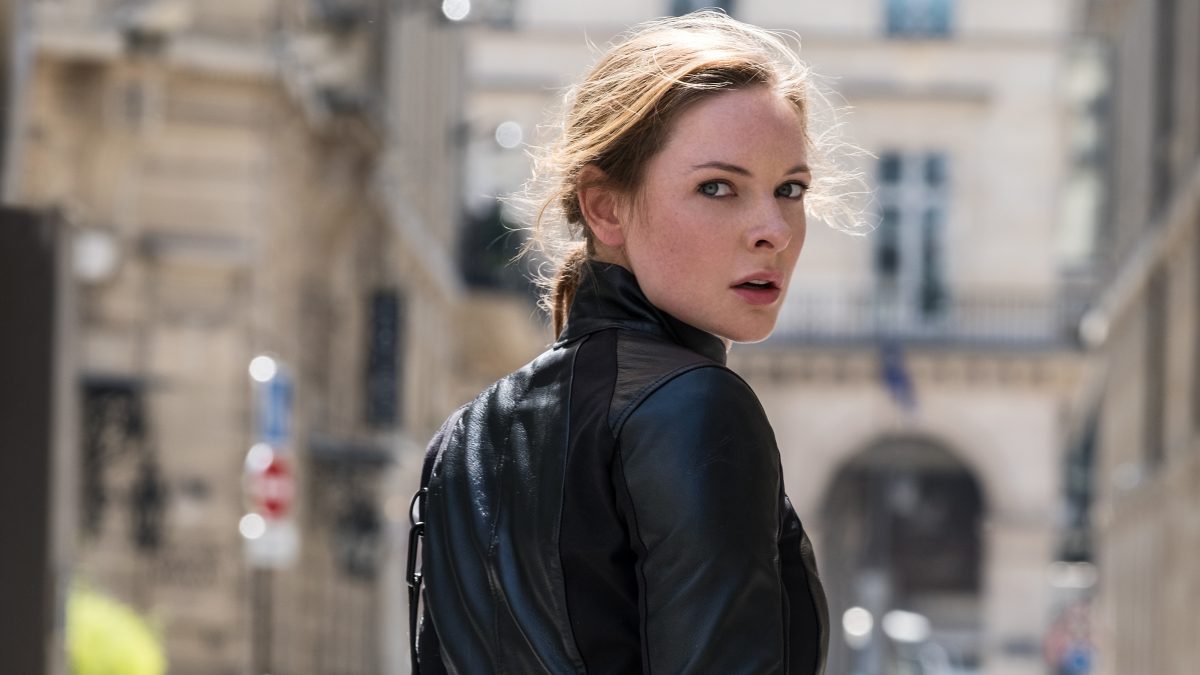 Tom Cruise is 56. Tom Cruise is 56. Tom Cruise is 56. I kept repeating that fact in my head after watching Cruise pull off 2 and a half hours worth of truly breathtaking stunts in the latest addition to the Mission: Impossible franchise. The depth and breadth of his stuntwork (over 100 HALO jumps, leaping from the rooftops of buildings, riding a motorcycle through the Arc de Triomphe, piloting a helicopter) would be daunting for any stuntman, but the fact that it’s Cruise doing most of the work is truly mind-boggling. Did I mention he’s 56?

Mission: Impossible – Fallout is the sixth entry in the massively popular franchise, and like its indefatigable star, it shows zero signs of slowing down. The plot is simple: bad guys have nukes, and Cruise’s Ethan Hunt has to track them down and save the world from a terrorist threat. He is joined by his teammates Luther Stickle (Ving Rhames) and Benji Dunn (Simon Pegg, always delightful). New to the team is Agent Walker, a CIA assassin played by Superman himself, Henry Cavill.

But what really sets the sequel apart is the return of Ilsa Faust, played with fierce intelligence by Rebecca Ferguson. Ilsa was a highlight in Rogue Nation, as the first female lead who could go toe-to-toe with Cruise. Women don’t last long in the Mission:Impossible universe, cycling out with each addition like the disposable paramours of James Bond.

And that’s not to say that there haven’t been strong performances by women in these films: Thandie Newton’s portrayal of Nyah Hall in Mission: Impossible II gave the series a sexy, smart foil to Ethan Hunt, and Michelle Monaghan provides a solid, grounding presence as Ethan’s wife Julia. Julia also reappears in Ethan’s dreams in the new film, as a reminder of the simple life that he can’t have while being an IMF agent.

And that’s Ethan Hunt’s ultimate dilemma: his work with the IMF keeps him from creating a life with Julia, who will always be in danger by virtue of her association with him. What makes Ilsa Faust such a great character is that is truly a match for Ethan: an MI6 agent who understands the risks and the importance of Hunt’s work because she is doing the exact same thing. The character is refreshing in that she is not another in a long line of damsels in distress. Isla Faust is smart, capable, and doesn’t need saving. Essentially, she’s the female Ethan Hunt. Faust brings the franchise a long overdue female team member, and here’s hoping that, if the franchise continues, she’ll return as part of the gang.

Or get her own spinoff. After all, Cruise can’t do this forever … or can he?