Review: Miss Juneteenth Is a Glorious Mother-Daughter Story About Finding Your Own Way 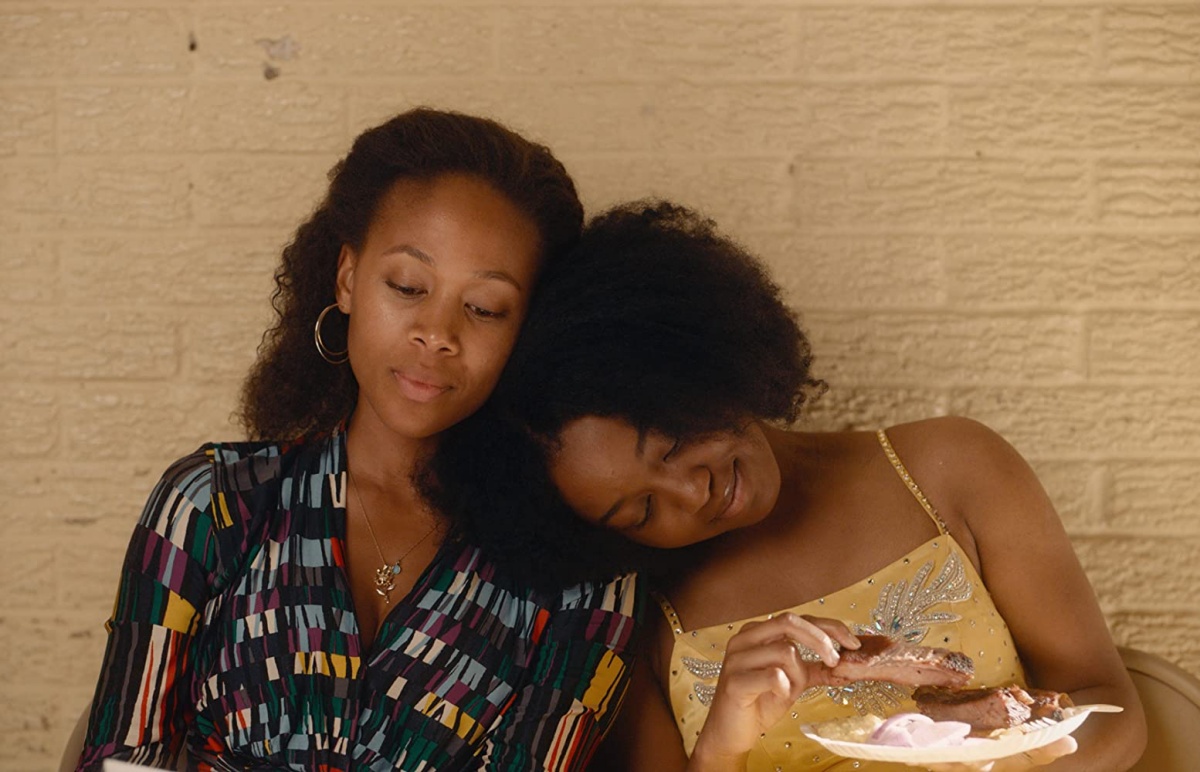 Miss Juneteenth is Channing Godfrey Peoples’ first feature film, yet it packs the kind of heart, cinematic depth, and seamlessness of a more experienced director. Miss Juneteenth, also written by Peoples, is about Turquoise Jones (Nicole Beharie), a single mother and former Miss Juneteenth winner in Fort Worth, Texas. She decides to enter her 15-year-old daughter, Kai (Alexis Chikaeze), in the local Miss Juneteenth pageant in order to attain the scholarship money to ensure Kai can go to college.

Having Nicole Beharie return in such a major way is a gift. While she has made guest appearances on Black Mirror and Little Fires Everywhere, this a proper return for the actress. Alexis Chikaeze, who makes her film debut here, naturally fits in with Beharie and Kendrick Sampson, who plays her father, Ronnie.

While exceptional in its production, the story the film tells is about Black people trying to do their best and fighting against a story of Black exceptionalism that tells them there is only one way to succeed. During one scene, Kai is taken into a room with the other pageant contestant to see the pictures of the former Miss Juneteenths—doctors, lawyers, and wives of Congressmen.

They’re a stark contrast to her own mother, who is a bartender, struggles to pay the bills, and has had to prioritize survival over respectability—not to mention Ronnie, who loves his family but gets caught up in his own messes that stop him from being a reliable helper in the household.

Juneteenth, or Emancipation Day, marks the freedom of the last remaining enslaved African-Americans in the Confederacy and is celebrated primarily in America and Mexico. The movie begins with the African-American National Anthem “Lift Every Voice and Sing.” Miss Juneteenth, for Turquoise, represents freedom: a free education that she wasn’t able to take full advantage of, but now Kai could.

For Kai, Miss Juneteenth is about putting on a performance. She is told that she must “represent herself well” and asked to know the differences between dinner knives and salad knives. Instead of being able to dance the way she wants and hang out with the boy she likes, her mother is paranoid that these are signs Kai is going down a dark path.

The heart of this film is the love between Kai and Turquoise, it is their movie, as two women attempting to have something for themselves. We have a lot of films like this—mother and daughter at odds because of a beauty competition—but in general, Kai and Turquoise are not at odds. They love each other and lean on each other, but Turquoise is afraid that her mistakes will become Kai’s mistakes, and the film is about them learning to be free of those fears so that they can both be truly happy.

In an interview with Candice Frederick for the New York Times, Beharie explained why we haven’t gotten to see her like this for some time. During the filming of Sleepy Hollow, she and her costar both got sick. He was allowed time off, but she was not. Things began to fall apart because she was seriously ill, but the people in charge wanted the production to go on. During that time, she developed an autoimmune condition as a result:

It took five years to undo those three years. I’ve been putting pieces of myself back together and healing from all the antibiotics and the antiviral steroids as well as the things that happened in that environment. I never wanted to think about this until the resentment and bitterness was out of my system.

A lot of corporations are saying lovely things right now, but it doesn’t always go well when black people speak up and ask questions. We can face weaponized denial and obliviousness.

Sometimes I think that some people I was working with didn’t like that I was unwell but loved by the audience. I would think they’d support that. But everyone of color on that show was seen as expendable and eventually let go.

I tried to get work afterwards and people were like, “We heard you were difficult.” But no one can say I was late or unprofessional or negative.

Getting to have Beharie’s talent back in full force, in a film that celebrates the freedom and vastness of Black folks, is the perfect Juneteenth gift.