The Supernatural star had a lot to say about the end 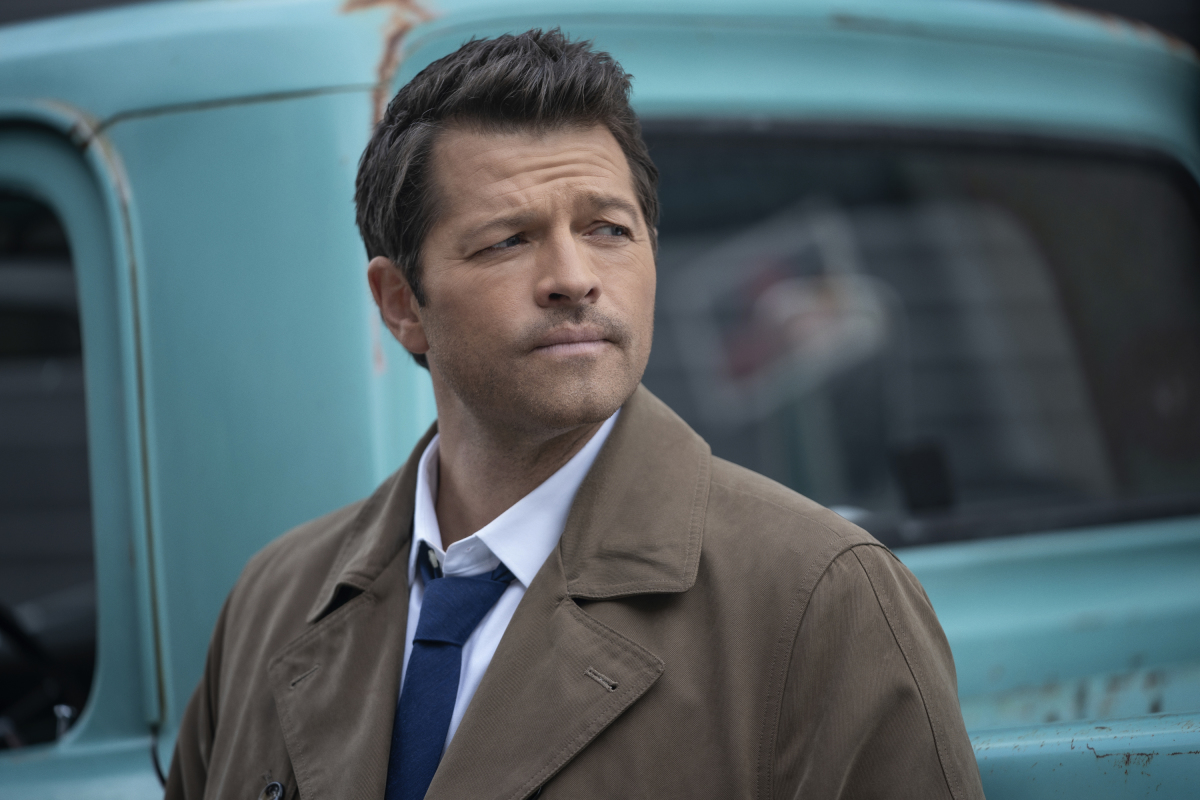 In the weeks since Castiel, Angel of the Lord, confessed his romantic love to Dean Winchester on Supernatural, the discourse has been deafening. But we couldn’t really get the full picture of things until the show and the story was really done. In the weeks after Cas confessed his loved and was immediately swallowed by the Empty (the personification of the afterlife for angels and demons), there was a lot of discussion of whether the moment fell into the “bury your gays” trope. That’s an important discussion to have, and this weekend during a virtual fan panel with Creation Entertainment, Misha Collins talked about that very topic.

When asked about what he thought about the “death” for the character, Collins shared, “I was really happy with it,” noting that he had known from the beginning of the season that this was where things were going for Cas. “That was sort of the ending that I wanted for Cas and so when I read the script I was really happy that it had made it to the page. Cause it felt like it was a little bit risky and a little brave for the show to do and I was happy to be a part of that and happy to be able to have that character express love like that. I was happy with it.”

And that’s not surprising at all. Collins has been the most vocal and open about Castiel’s sexuality, gender, and love for Dean, and supportive of fans who wanted to see that story. He’s also always been vocally supportive of queer people and fans who see themselves in Castiel. He knows better than anyone how important it is to have on-screen confirmation of something fans have hoped and lobbied for.

But there still is the fact that when Cas came out, he did immediately get sucked into the angel afterlife. Cas’s beautiful final scene, where he expressed the profound sentiment that real happiness isn’t in possessing someone, it’s in saying that who you are and loving them … ended with him dying, and that bugged a lot of people.

“I’ve seen some people complaining about this is playing into the bury your gays trope, which is an insidious and real trope in film and television storytelling from Hollywood over the years,” Collins told fans. But he added, “I don’t think that’s what was happening with Castiel’s ending.”

“First of all, Cas is not dead, he’s in heaven, and working to rebuild,” Collins explained, which is certainly the biggest counter to the trope. And it’s true. Supernatural is a very weird show in that death is not the end of anyone’s story. Cas let himself be taken by the empty so Billie/Death would be taken too, but it was revealed in the final episode that Jack saved him. That really does matter because Cas did get a happy ending with his family, and with the guy he loved. The moment was written and filmed knowing Jack was going to save Cas from the Empty. But also: Castiel didn’t die randomly, he also saved the world.

And I think Collins has a point here too, where it wasn’t like Lexa on The 100 or Tara on Buffy where he was randomly shot after a night with his lover. Letting the Empty take him was a heroic choice. “It was of Cas’s own volition, he wasn’t forced to do that, it was his choice and I think that’s important too,” Collins added.

I personally agree with most of these points. And while it was sad that we didn’t get to see Castiel in the final episode, I like that he got what’s pretty much a happy ending. After so long being unable to return to heaven because he loved Dean and all the complications that caused, his act of confessing his love saved Dean, and heaven and the world, and allowed Cas to be free, go home and be with Dean … well, forever. It’s hard to bury a celestial being whose love saved the universe. “I’m glad that Castiel got to express that and got to have that ending. I’m proud that the show did that,” Collins said and I’m proud of it too.

But discussing the trope is valid as well, and the ways that the show has stumbled in the past and did end up disappointing fans for various (and many valid) reasons in the final run. But with regard to bury your gays, Collins summed up: “Maybe I’m naive but I don’t think that that’s operating there, I don’t think we’re playing into that trope.” He added: “I’m sure that this is a conversation we’ll continue to have as we’ll dissect it going forward.”

And I’m also sure that this is true. We may not see new episodes of Supernatural on television for a while (I’ll give it two years before we get a reboot), but we’ll be talking about it for a long time to come.