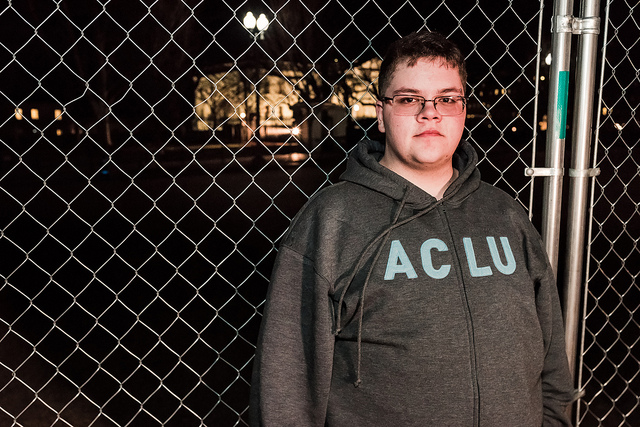 Conservative groups have continuously misgendered Gavin Grimm, the transgender student who will be arguing for his right to use the bathroom that aligns with his gender identity in the Supreme Court. Grimm’s case is expected to set precedent regarding transgender bathroom rights, hopefully establishing that the Title IX protections set forth in the Education Amendments Act will also be seen as covering transgender students.

Fully aware of the blow such a ruling would deliver to their war on transgender people, conservative groups have taken every opportunity to take out their aggression and frustrations on Grimm. According to LawNewz, these groups include Liberty Counsel, the National Organization for Marriage, and the Center for Constitutional Jurisprudence. They’re filing briefs with the court as amici curiae, or as “friends of the court” who wish to support one side or another with these filings.

The thing is, each of these organizations repeatedly misgender Grimm, which the Supreme Court was just straight up not having at all. The misgendering comes as a reflection of their beliefs that Grimm is not actually male, and thus shouldn’t be referred to as such. Of course, as you and I and everyone else not on the wrong side of history knows, Grimm is male, and these instances of misgendering are not only wrong, but they’re spiteful and violent.

Scott Harris, a clerk at the Supreme Court, reportedly sent letters to each of the conservative groups, reprimanding them for incorrectly filing their briefs. The rules state that any briefing filed needs to bear “the caption of the case as appropriate in this Court.” In his letter, Harris told them to “please ensure careful compliance with this requirement in this and other cases in the future.”

Make no mistake here: deliberately misgendering a trans person is an aggressive, violent act. It serves to take somebody’s identity and twist it right before their eyes, displaying an utter lack of both respect and basic human decency. It is a terrible thing to do to somebody, and when it comes to highly emotionally-charged situations like, oh, I don’t know … a Supreme Court hearing, it’s a cheap shot—a dirty tactic that only serves as an attempt to demoralize and hurt an opponent.

It’s childish, which actually may be appropriate, as that is exactly the level of understanding these organizations have of how the world actually works.