Interview: Director Mariem Pérez Riera Talks About Rita Moreno Documentary Just a Girl Who Decided To Go for It 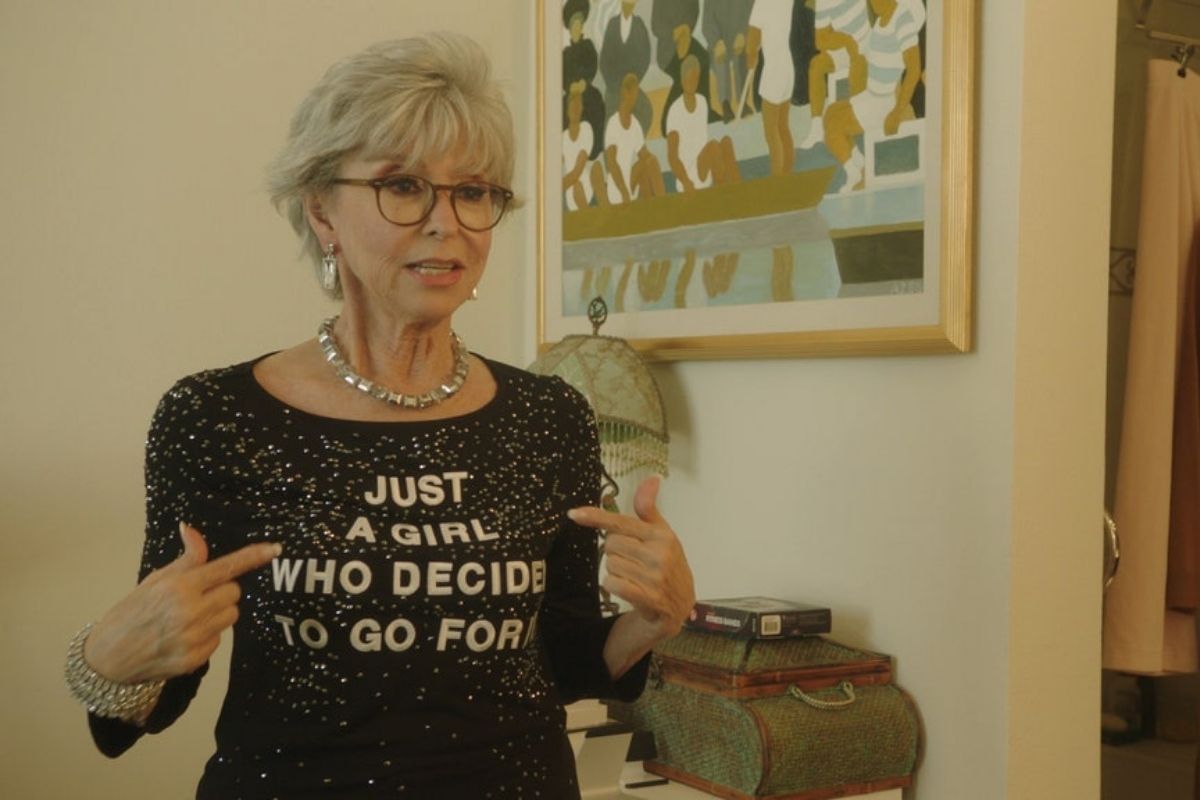 Rita Moreno—despite recently disappointing many, including herself, with her comments on Afro-Latinx criticism of In the Heights—has been a trailblazer who paved the way for Latinas in Hollywood. Like many underdogs, she started off with nothing, coming from Puerto Rico for a better life and dropping out of school at the age of 16. But her love for family and performing shined through and set her on a career path that she never thought was possible while facing challenges still talked about to this day. That’s what Rita Moreno: Just a Girl Who Decided To Go for It is all about.

The Mary Sue got a chance to speak with Mariem Pérez Riera, the director of this documentary, about all things Rita Moreno. And through the interview, we learned what was absolutely important to show, explore, and lift up when it came to Rita, according to the vision that Riera wanted to build. Not everything was perfect, there were some bumps along the way, but what we learned about Rita helped cement the journey that she went on that made her the person to look up to.

The Mary Sue: What did you learn about the Latinx experience through this documentary?

Mariem Pérez Riera: I don’t know if I learned anything new about the Latinx experience because I am also Latina. And I experience that every day in terms of my career and Hollywood. It’s hard. And so I guess more than that is basically…I’m trying to be able to show that through this documentary to those that don’t get to experience that, to be able to see it and experience it.

The Mary Sue: What kind of picture were you trying to paint when it came to Rita?

Mariem Pérez Riera: I wanted to show Rita as a human being like all of us. I wanted everyone to be able to see someone that is vulnerable, who is insecure, who can be in front of the camera and give you hope. We’re all the same and that’s what I wanted to show; a woman who struggles as we all struggle through a lot of things that we go through.

So, to me, it was important to see that part of Rita because I wanted to show someone that we can relate to and not just someone that is in front of the camera and is glamorous because sometimes it’s not.

The Mary Sue: How was it working with Rita?

Mariem Pérez Riera: It was great working with her. She’s an amazing human being. She has all the energy like me; well, maybe even more than me and the whole crew. We are half her age. She’s someone who is very curious. Someone who is always willing to learn more. They’re very humbled and who wants to have good conversations. So it was great to follow her around for a whole year.

The Mary Sue: What did you learn about Rita that surprised you?

Mariem Pérez Riera: Something that surprised me and that I thought was important to include in the documentary is the fact that she relies on therapy. And that she relies on that in order to become a better human being and to be able to go through hard moments in her life. And I think that’s what makes her who she is today. Because she’s ok with going to therapy in order to be more self-aware and become the person she is today. It doesn’t come easy. She’s not an alien. She has the problems that we all have. But she decided to go through therapy to overcome those moments. That’s what I learned and why I think she’s amazing.

The Mary Sue: How did you get involved with the project?

Mariem Pérez Riera: The project was first…Brent Miller who’s the producer of the show One Day at a Time, that’s where he met Rita Moreno and he couldn’t believe that no one has made a documentary about her. So he wanted to make a documentary and he approached the people at PBS, American Masters, and Michael Kantor, who’s an executive producer. They said that this was a story that needed to be told. So I came into the project when they were looking for directors. And I pitched my idea as a woman Latina and they chose me.

The Mary Sue: What’s your favorite work by Rita?

Mariem Pérez Riera: I like her in different projects for different reasons. There’s a movie that’s not part of the documentary that’s called Poppy that I liked her character there. But I think Anita in West Side Story is one of my favorites because knowing what she was going through when she was doing that character, knowing that she was doing a Puerto Rican and she didn’t have someone to look up to, and that character would become that person she would look up to. That’s amazing, that’s something crazy, how she looked at that character and said, “Oh, that’s the person I would love to become one day.”

Rita Moreno: Just a Girl Who Decided to Go for It is now in theaters.