Someone needs to ring her up and have a chat. 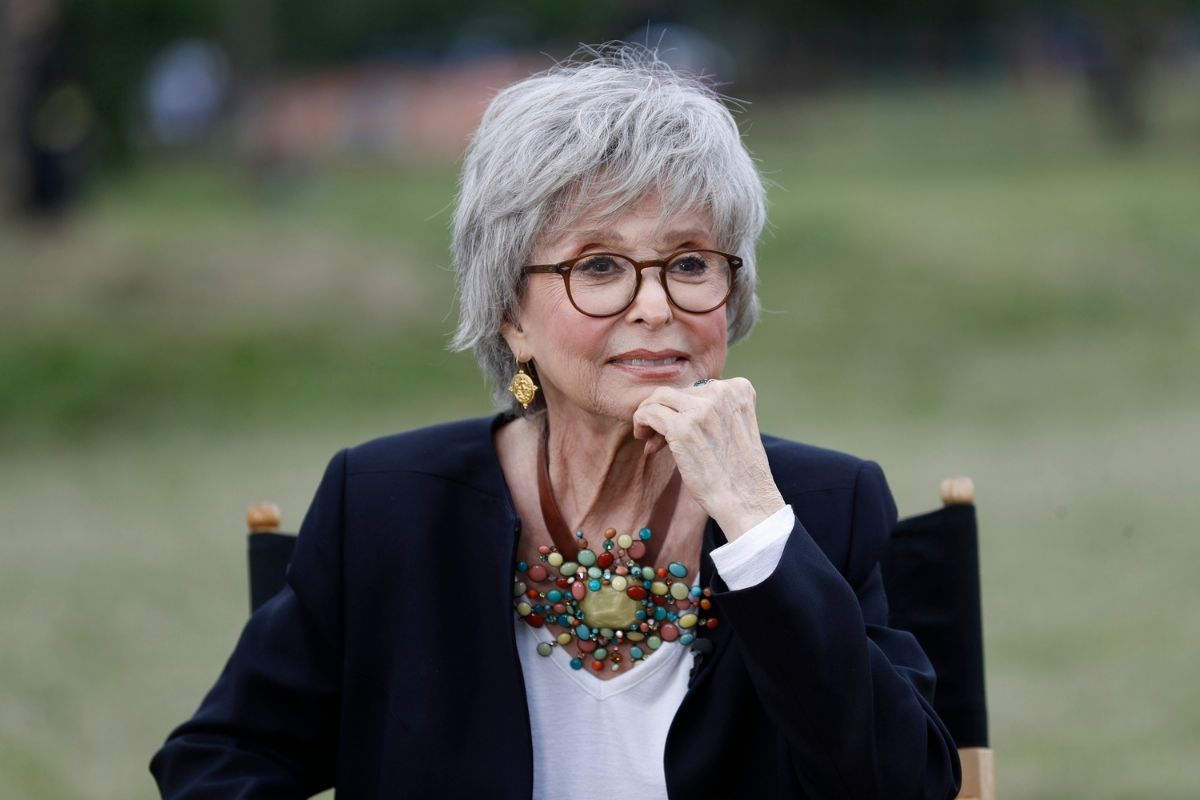 UPDATE: Moreno has since said of her remarks, “I’m incredibly disappointed with myself. While making a statement in defense of Lin-Manuel Miranda on the Colbert Show last night, I was clearly dismissive of black lives that matter in our Latin community. It is so easy to forget how celebration for some is lament for others.”

During a guest appearance on The Late Show With Stephen Colbert, Rita Moreno criticized the backlash that Lin-Manuel Miranda’s In the Heights is receiving due, in part, to the colorism in the film and the lack of proper Afro-Latinx representation. And honestly, it’s not her place as a White Latina. I get what she was doing. She was defending a friend, but the way you phrase things matters.

TONIGHT: Rita Moreno comments on the controversy surrounding her friend Lin Manuel Miranda and his film “In The Heights.” #LSSC pic.twitter.com/4cQcvviaLf

In the clip above, Moreno said, “You can never do right, it seems. This is the man who literally has brought Latino-ness and Puerto Rican-ness to America. I couldn’t do it. I mean, I would love to say I did, but I couldn’t. Lin-Manuel has done that, really single-handedly, and I was thrilled to pieces and I’m proud that he produced my documentary.”

And we’re proud. No one ever said that we weren’t proud of the work that Lin-Manuel Miranda has done for the Latinx community. We will be forever grateful and understand that plenty of people saw themselves in In the Heights. I saw myself in the movie. But acknowledging that some in the Latinx community didn’t see themselves, and there’s room to do better, isn’t a bad thing.

Moreno followed that by saying, “Well, I’m simply saying, can’t you just wait a while and leave it alone? There’s a lot of people who are Puerto Rican who are also from Guatemala who are dark and who are also fair. We are all colors in Puerto Rico. This is how it is. It would be so nice if they hadn’t come up with that and left it alone, just for now. They’re really attacking the wrong person.”

Excuse me? “Can’t you just wait a while and leave it alone?” Look, we can appreciate the good things about In the Heights without saying that Afro-Latinx people should wait their turn. That’s not how it works. Change doesn’t happen by leaving things the way they are and just quietly hoping for things to get better. Change happens when people ask for more and stand their ground.

That’s what Afro-Latinx people are doing, and asking them to just wait and leave it alone sounds reductive and kind of insulting for a part of the Latinx community that already is treated as less-than for the color of their skin. Colorism and racism inside the Latinx community is real, and the only way we’re going to crush it is by facing our shortcomings and working through them.

I’d like to believe that was what Miranda’s apology was all about when it comes to In the Heights. I’d like to believe that he’ll change and listen to those in the community that he has disappointed. But it’s people like Rita Moreno and her comments that leave me feeling like change is going to be hard-fought from inside the Latinx community on its own. And I’m not the only one.

I love Rita Moreno but this is the opposite of it. We have had a century of movie roles being reserved for the lightest skinned Latino, Black & Asian ppl. This is not breaking new ground & there is nothing for dark skinned ppl to be waiting for https://t.co/fAw9w1qn9g

Rita Moreno opened her mouth and my abuelita spoke through her. Disappointed, but not actually surprised. Because having HER, of all people, dismiss the colorism problem in the latine community basically shows how deep it runs.

rita moreno: “you can never do right, it seems”

“Well I’m simply saying, can’t you just wait a while and leave it alone?” Moreno responded.

That’s such a damming quote, and I’m totally disappointed with Rita Moreno. https://t.co/hTy7u3Izhy

#FunFact: Rita Moreno’s skin was darkened for her role as Anita in the 1961 adaptation of “West Side Story,” which launched her career with an Oscar win. Although she didn’t have a say in the matter. But clearly, for Black Latinx in Hollywood, “wait a while” is so 1960s. https://t.co/tSn4YCJCQR

What gets me is, having written for late night, I know writers are tasked w/writing interview questions, and producers often lean into mess.

But SHE brought it up. And swam right by Colbert’s deft life raft. Should’ve just sat there and been her EGOT

“Can’t you just wait a while?” “we are all colors in puerto rico!” HUH??? Rita Moreno, we know there’s all colors, but WHY aren’t they portrayed accurately in TV and film then?? We know there’s Afro-latinos in Washington Heights and it’s crazy they were not there

The afterlife of mestizaje is alive and thriving. Not disappointed nor surprised by Rita Moreno’s comments, but rather how in 2021 white supremacist rhetoric of todos somos iguales still persist. Anti-Blackness and Anti-Indigeneity is hell of a drug. 🤬🤦🏾‍♂️ https://t.co/GCujHRAevT

Sorry, I love Rita Moreno but her attitude is exactly what needs to be addressed. It shouldn’t wait. That’s why we are where we are.

What is so damn complicated? https://t.co/cfHEsd74pV

I love Rita Moreno. Yes, Lin-Manuel has done whole lot. It doesn’t mean he couldn’t do better with representation for Afro Latinos. Why does the fair skinned always say wait your turn to darker skinned people?

*Sees Rita Moreno is trending –> gets worried and sad*

Let’s not forget, Rita Moreno had her skin darkened for her role in West Side Story.

What needs to happen is more Afro Latin-American representation in Hollywood.

Colorism has always been a problem in Hollywood which is why it needs to be corrected now. https://t.co/BPt1LOnscK

Rita Moreno is around the same age as my grandmother who’s said racist things about Black Dominicans in front of me and when I was young I used to think that was just a normal attitude for Puerto Ricans to have. Colorism towards dark-skinned Latine/Hispanic people is a scourge.