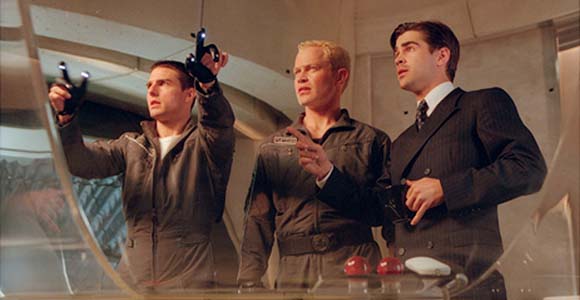 More and more these days we’re witnesses the technologies from our favorite sci-fi films and television shows get closer to reality. The latest is a new kind of software meant to predict the actions of criminals. Baltimore, Maryland and Philadelphia, Pennsylvania are already using it to prevent murders and Washington D.C. is next on the list. Don’t worry, no one is keeping psychics in a pool. Well, not that we’re aware…

The technology was developed by Richard Berk, a professor at the University of Pennsylvania. The hope is a decrease in murder and other crimes but how does it work? The software isn’t used to predict what you or I might do in the future but what those already convicted of crimes and headed for parole might do.

“When a person goes on probation or parole they are supervised by an officer. The question that officer has to answer is ‘what level of supervision do you provide?'” Berk told ABC News. The level of supervision is dependent on the parole officer’s best guess essentially. They look at the prisoner’s record and decide what they feel is appropriate but now, it’s the software that assesses the likelihood to commit another crime.

Beginning several years ago, the researchers assembled a dataset of more than 60,000 various crimes, including homicides. Using an algorithm they developed, they found a subset of people much more likely to commit homicide when paroled or probated. Instead of finding one murderer in 100, the UPenn researchers could identify eight future murderers out of 100.

Berk’s software examines roughly two dozen variables, from criminal record to geographic location. The type of crime, and more importantly, the age at which that crime was committed, were two of the most predictive variables.

So it’s not simply a case of a murderer likely to commit the crime again but many factors.

“People assume that if someone murdered then they will murder in the future,” said Berk. “But what really matters is what that person did as a young individual. If they committed armed robbery at age 14 that’s a good predictor. If they committed the same crime at age 30, that doesn’t predict very much.”

The software is also used to predict which criminals may themselves be the victim of murder and leads many to make the connection to the Steven Spielberg film, Minority Report. Berk said, “We aren’t anywhere near being able to do that.” Washington, D.C. is currently only testing the software on lesser crimes but if proven successful will likely spread out its use to more serious offenses.