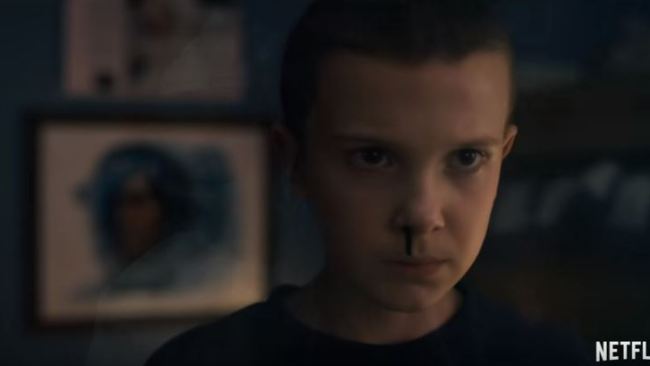 In her relentless mission to be cooler and more stylin’ mid-puberty than I will ever be as a fully grown woman, Millie Bobby Brown has signed on for Godzilla: King of the Monsters. The Stranger Things star, who plays the superpowered and oh-so-cosplayable Eleven in the Netflix series, is the first cast member to be announced, so there’s no word on her role yet.

Originally, Godzilla: King of the Monsters, the sequel to 2014’s Godzilla, was going to be directed by Rogue One‘s Gareth Edwards. Edwards directed the 2014 film, so he seemed like a natural follow-up, but he had to drop out of the project. As of January 23, Krampus director Michael Dougherty, who is also one of the screenwriters for King of the Monsters, will direct.

Legendary and Warner Brothers intend to bring their Godzilla and King Kong movies together in a shared-universe smackdown called Godzilla Vs. Kong on May 29, 2020. While that blockbuster boss fight is reportedly a culmination of Godzilla, Kong: Skull Island, and Godzilla: King of the Monsters, no cast announcements have been posted, so it’s unclear which cast members, if any, from those three films will join.

Godzilla: King of the Monsters is scheduled to open in theaters on March 22, 2019.