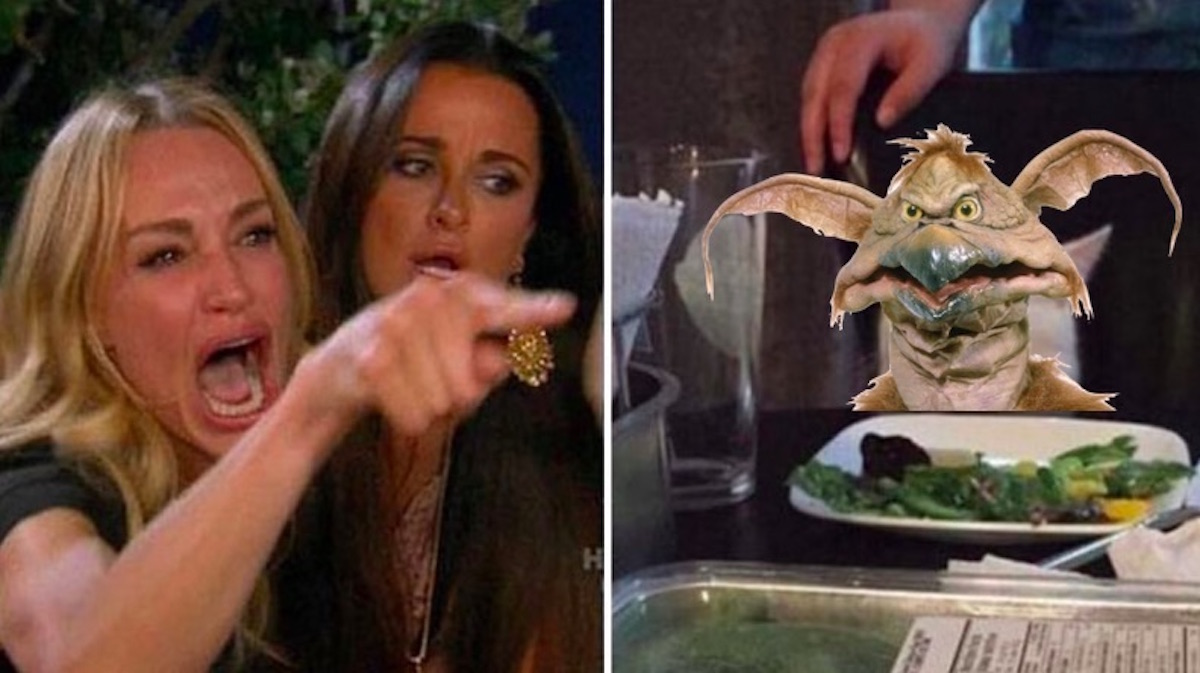 A guide to Star Wars for women who might not know much about Star Wars is not inherently a bad idea. Cosmopolitan’s guide, however, written in a tone so flippant and condescending that it feels like an insult to readers of every stripe, is being set upon my virtual pyre.

Images of the print article, “A Millennial Woman’s Guide to Star Wars,” were put on Twitter by user @PlayWithJambo and quickly elicited reaction. It’s hard to know who to blame for the misstep that is this “explainer.” (It feels like a misstep so unbalanced that we lost our footing and pitched headfirst into Sarlacc territory.) We shouldn’t excoriate the writer; it’s quite possible that she was told to take this cutesy approach that is, in this day in age, inarguably retrograde. The article likely went through many editorial hands after her own. Graphics were made! One of those hands should have stopped it before it went all the way to print. 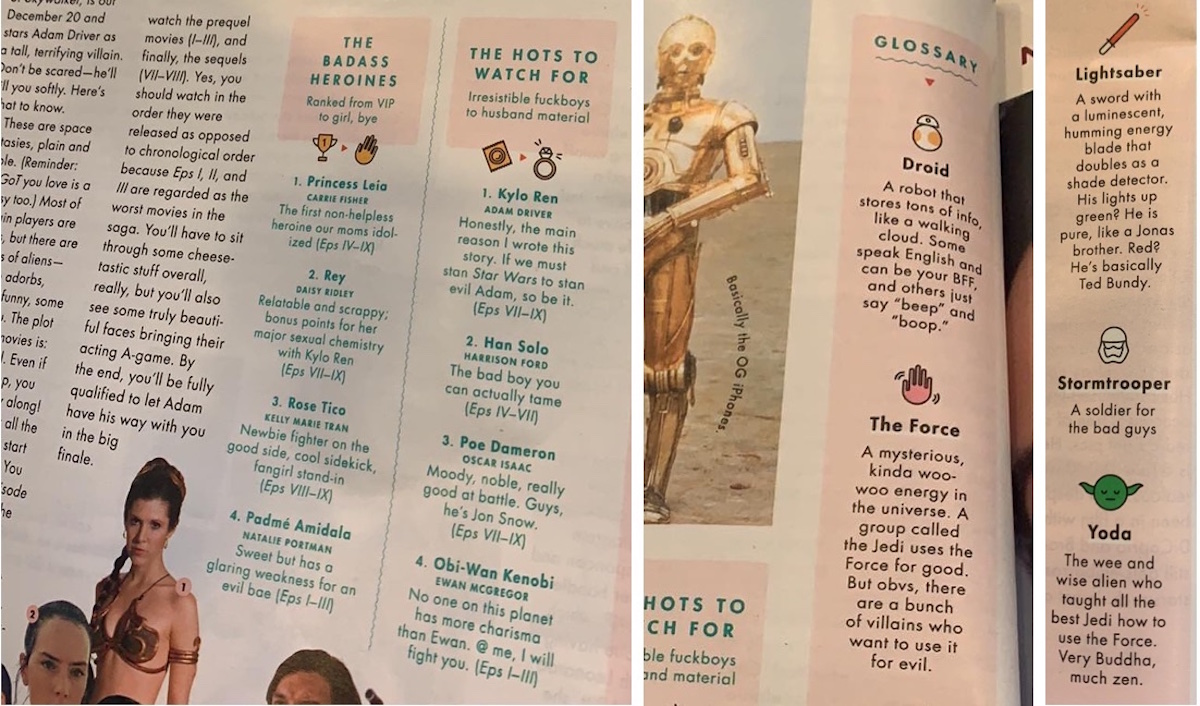 I’m angry that a women’s magazine, in a time when women are fighting for greater recognition and participation in spaces long unfriendly to them, would publish this (and let’s not rage at all of Cosmo, either—they are capable of excellent, incisive coverage). The explainer feeds into the false idea that by default “Millennial women” (that’s millions of women from age 23-39, ladies!) don’t know anything about Star Wars, and that once we’re told about it all we care about is “irresistible fuckboys to husband material” and whether the badass heroine has sexual chemistry with the villain. This feels like something I would write as a parody of how a certain segment of men imagines “fake fangirls” to operate.

It’s also insulting to women who don’t consider themselves geek-oriented, suggesting that all they’ll take from a deep dive into an epic space opera is which hottie makes for the best hubby. There are certainly plenty of women (just as there are plenty of men) who do not know much about Star Wars and might like to learn the basics from a friendly explainer. What they don’t need is the underlying thesis that this knowledge is here so that “in the end, you’ll be fully qualified to let Adam [Driver] have his way with you in the big finale.”

Reading this aged me seventy-five years and made me feel as though we’d traveled back in time that far.

Could y’all feel my eye roll from where you’re at? pic.twitter.com/djAxSbQDDY

The responses were fantastically on the money—and were not having it.

THANKS I HATE IT.
*deep breath*
Also. For the love of the Force can we stop using “millennial” like it’s synonymous with ignorant? Also HOW COULD YOU DO FINN DIRTY LIKE THAT

This is the most insulting, cringey garbage I’ve ever read.

I’d say I’m embarrassed that I ever dreamed of writing for Cosmo but nah. They would really benefit from having an intelligent, geeky woman on staff. pic.twitter.com/lXd0hQvSzW

My actually face reading some of these. pic.twitter.com/sMEo44407N

“His lights up green? He is pure, like a Jonas Brother. Red? He’s basically Ted Bundy.”

What is Star Wars?

This for me is really the kicker—the Twitter user who addressed the article writer and wrote, “didn’t think we were having a hard enough time being respected and treated like equals in the fandom , I guess.”

In an era of such ongoing cultural battles around women in Star Wars and female fans of the franchise, it would have been fantastic for the magazine to really explain this stuff in an exciting, informed way that provides for women having a broad range of interests. We could still do a “Star Wars 101”-type take, but assume that those reading are capable of doing more than lust after movie stars. Lust is just fine, but we millennial women contain multitudes. Light-hearted humor, and explaining complex things clearly, can both be done without reducing the intended audience to outdated stereotypes.

(via Twitter, fabulous header image by our own Dan Van Winkle)

It’s Friday, pals! What did you see today?