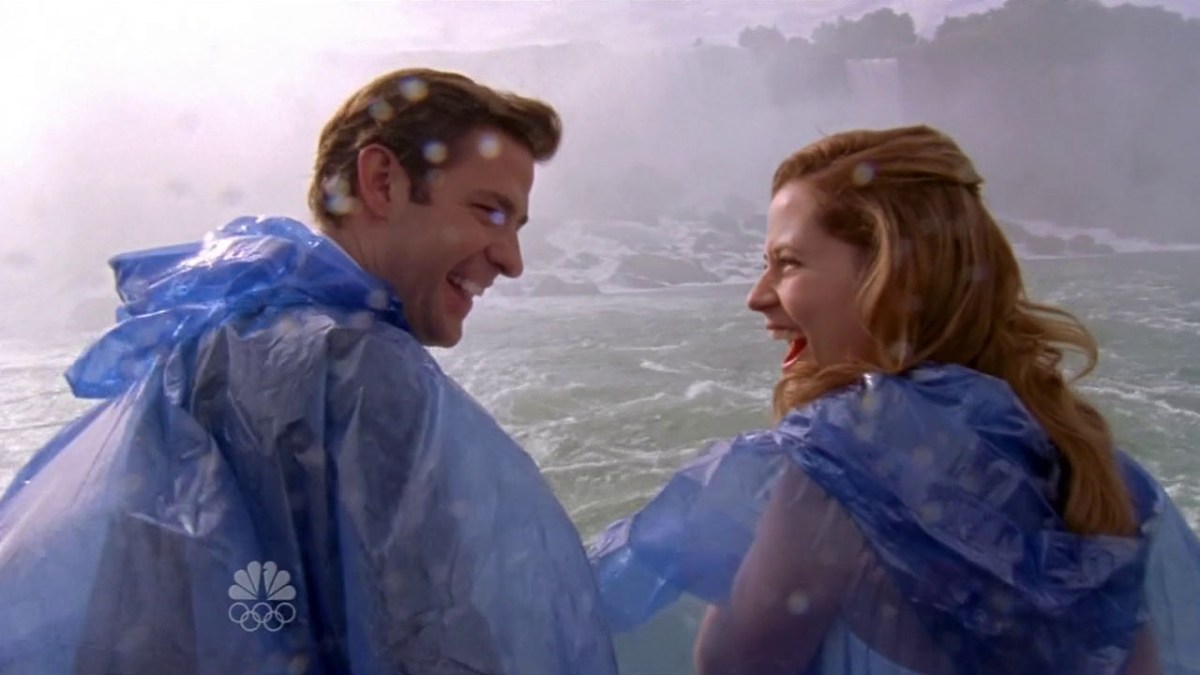 Celebrating the ten year wedding anniversary of The Office‘s Jim Halpert and Pam Beesly reminds us all of the beauty that exists in the love stories that Mike Schur helps to create. This is the mastermind behind Jim and Pam, Ben and Leslie on Parks and Recreation, and many more. Schur has such a gift for nailing the emotional climax of a long-building romantic relationship and it brings me to tears every time.

So, in honor of Jim and Pam’s anniversary, let’s take a look at the art of a Mike Schur wedding episode!

Jim and Pam are, arguably, the couple who started it all. A story of “will they, won’t they” up until the third season, they were adorably cute and the kind of couple we all wanted the best for. Their wedding hit in a way that reminded us why we loved them so much. From a cut tie to a secret pre-wedding Niagra Falls elopement, the beauty of their wedding was that it was unapologetically them and showed how much Schur and company understood their characters.

But the Office had more than one wedding. (In fact, it had quite a few.) Another that pulled out our heartstrings was that of Dwight and Angela. Sure, there was the added bonus of this being the series finale but still, the wedding played into the already established characters and their journeys and brought Michael Scott back to surprise Dwight.

Then, there’s Parks and Recreation.

But my favorite and one that always makes me cry is that of Ben and Leslie. Ben Wyatt came to Pawnee to fix the town and ended up falling in love with Leslie Knope, something he points out in his speech. With a dress of empowering women and news articles about herself, Leslie Knope married the love of her life, even if she didn’t get to say her extremely long vows because she wasn’t finished yet. Again, very apropos of the characters, Leslie and Ben said “I love you and I like you” and got married in City Hall.

The latest in the Mike Schur wedding episodes that makes us cry is that of Jake and Amy. Much like Ben and Leslie, they got married where the two met and the wedding was filled with some of their favorite moments in the precinct. Because if you’re going to get married to one of your coworkers, at least make it so you get to relive all your greatest hits, right?

Mike Schur has mastered the art of the fictional wedding.