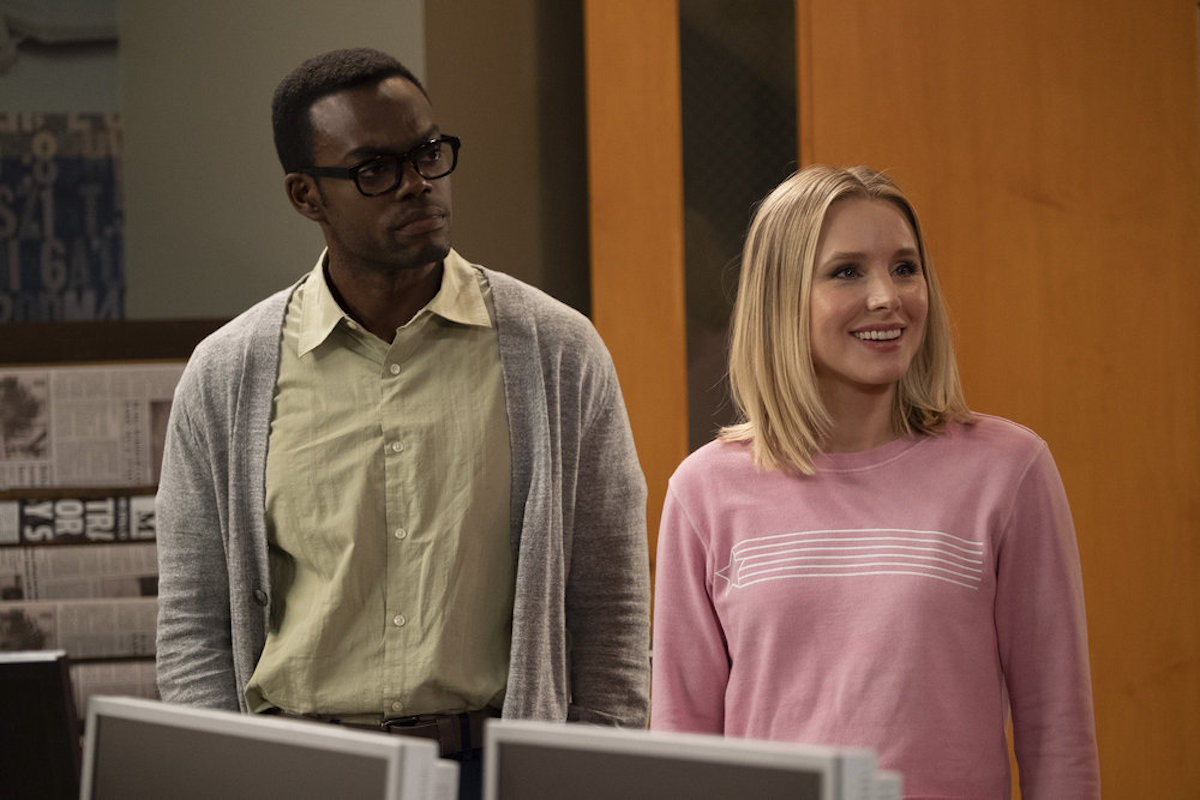 Parks and Recreation. Brooklny 99. The Good Place. If we’re talking about some of the most beloved comedies of the past ten years, Mike Schur’s name is bound to crop up. After Leslie Knope stole our hearts and we fell in love with a scrappy Brooklyn police precinct, Schur went cosmic for what might be his tour de force, The Good Place. Centered on four humans who want to get into the titular Good Place after being less-than-stellar humans on Earth, the show grapples with philosophy and morality moreso than the grittiest of antihero dramas.

What is Schur’s take on morality. He told IndieWire “To me, the meaning of life is to try to be a better person today than you were yesterday. And I don’t think you’ll succeed.” He went on to clarify: “But the meaning of life isn’t to be a better person today than you were yesterday, it’s to try to be. You can still go to sleep and say, ‘Well, I tried. I failed today. I blew it. I got angry and lost my temper when that guy cut me off in traffic. I took the last bit of coffee in the break room, and I didn’t make a new pot. And I knew that it was my friend Sarah’s birthday, and I just couldn’t get around to calling her and wishing her a happy birthday. Yeah, I failed! I failed a bunch of times, but I was actively trying.”

This morality is key to why his comedies are so beloved by the masses. While dark comedy is certainly popular, there is something comforting about Schur’s shows and their constant idea that we can be better. Schur doesn’t rely on shock value jokes, or on his characters saying asshole-y statements. Instead, his characters face adversity and sometimes win, and sometimes fail. What’s important is that they try again, and again.

Parks and Recreation started as an Office-esque workplace sitcom with a hopelessly inept boss, and then moved into something more than that. Leslie Knope faces off against apathetic townsfolk and rude bureaucrats, and sometimes she loses. Sometimes, you get recalled in the election even if you were trying to do good. Still, Leslie kept moving forward. She had goals, and dreams, and the series finale revealed she was going to be governor of Indiana; an even further flashforward hinted at her becoming even more powerful than that.

All the characters around Leslie learned from her, but they also had their own journeys to go on too. Tom Haverford, with his big ideas, seemed to always fail after a while, but he turned those failings into a lucrative book deal. April found her calling, as did her husband Andy. Ben, Ann, Donna, even Jerry … everyone worked for their dreams and found their happiness by striving forward. Even though they had setbacks, and their world seemed to end, they kept trying to be good people.

Brooklyn 99 starts with good people. Jake is a good, if messy detective. Through his mentorship with Holt, he becomes a better detective and better person by working through his issues and learning to rely on his friends. The characters continuously strive to be their best every day, and it shows. Some times, they don’t always succeed. But they try to be better, and to understand and support each other.

The show also does an excellent job of portraying characters who aren’t all the same, showing an attempt to be better people for the audience. Of the main cast, four are played by actor of color, and two are queer characters. This matters, because it shows a respect for the audience, and for diversifying comedy.

The Good Place is the show that actively takes on philosophy and most embodies Schur’s idea of trying to be better. Eleanor, Chidi, Tahani, and Jason are not perfect people. They are trying every day to better themselves, and sometimes they fail. But what is important is that they keep trying. They don’t give up. They try again, and again, and keep fighting against an overwhelmingly insurmountable cosmic system to try and prove they are the best they can be.

Are they good people because they try? Or are they bad because they sometimes fail? That is the question at the heart of The Good Place, and Schur is happy to keep viewers invested in it with every passing episode. This is why the show works: it works because it’s about people trying to be good, rather than about good or bad people behaving badly.

Schur’s fresh take on the way the world works is why his comedies are so beloved. They show us that we can keep trying to be good, and while we might never make it to the Good Place we should keep on trying to be better. Schur is one of the best names in comedy right now, and this perspective will keep his shows fresh until their inevitable and beautiful series finales.