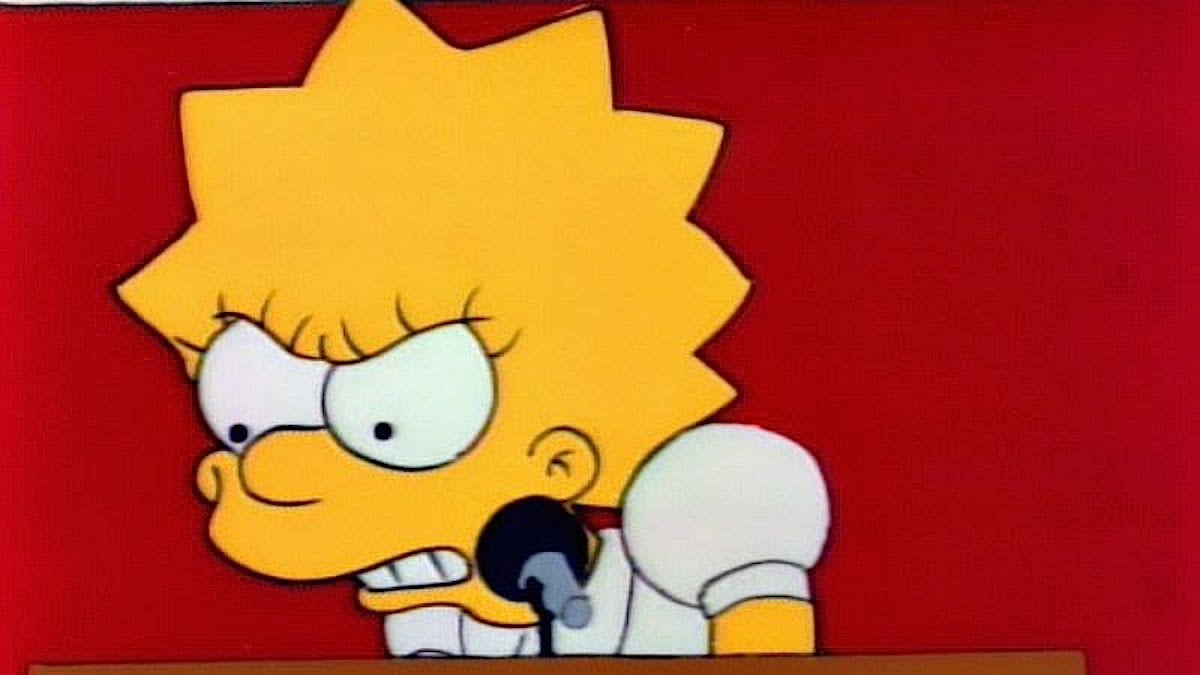 In what I’m sure he thought was an absolute own, Secretary of State Mike Pompeo tweeted a picture of Lisa Simpson with the clear implication that it was meant to be a comparison to Nancy Pelosi ripping up Donald Trump’s State of the Union address.

Did Pompeo really think this was an insult? The image is from the episode “Mr. Lisa Goes to Washington,” in which Lisa wins a trip to D.C. after writing an essay about how great America is. After witnessing a member of congress accept a bribe from a logging lobbyist who wants to demolish Springfield Forest, she loses faith in the American government as it stands. That seems … pretty apt.

By the way, the episode ends with Lisa rewriting her essay to condemn the sort of corruption she witnessed and while she doesn’t win the contest, she’s proud of herself for speaking out. Also, the essay is not only better than her original one but it’s effective as hell and that corrupt lawmaker is arrested.

So if that’s what Pompeo is trying to convey, then well done, Mike. Message received!

Did you see the actual episode bitch lmao

Not only did Pompeo clearly misunderstand the message of the image he was posting, he also seems to misunderstand just how much Lisa Simpson rules.

Ted Cruz tried this a couple of years ago when he said that “the Democrats are the party of Lisa Simpson and the Republicans are, happily, the party of Homer and Bart and Maggie and Marge.” It’s just the weirdest misreading of these characters and the show in general imaginable.

Bart sets things on fire and Homer is almost always drunk. Lisa is a hardworking genius who cares deeply about the world.
Thank you @tedcruz for setting the record straight! 👏🏼👏🏼👏🏼👏🏼👏🏼👏🏼👏🏼 https://t.co/0ci4FaCKIf

Aside from getting the context of the Lisa weeping photo deliciously wrong, Pompeo also clearly underestimates the number of women who consider Lisa Simpson an inspiration and role model.

Trying to troll Nancy Pelosi with an image of Lisa Simpson tearing up her notes after realising how corrupt, facile, idiotic and ecocidal Republican lawmakers truly are might be one of the most epic self-owns in US political history https://t.co/aDOfv94tYq

Ah yes, the episode where Lisa Simpson helped send a corrupt government official to prison. I hope you enjoyed it too!

Even Lisa Simpson herself would like Pompeo to know just how bad and wrong his take is.

That’s pretty good! I might just add f*ck you @mikepompeo for co-opting my character to troll @SpeakerPelosi . Be a leader and fight you own fight! Oh, wait I forgot, you’re a follower. https://t.co/EzCtEZmKzJ