Mike Pence Went to Virginia, Maybe Broke the Law, Then Tried to Delete the Evidence 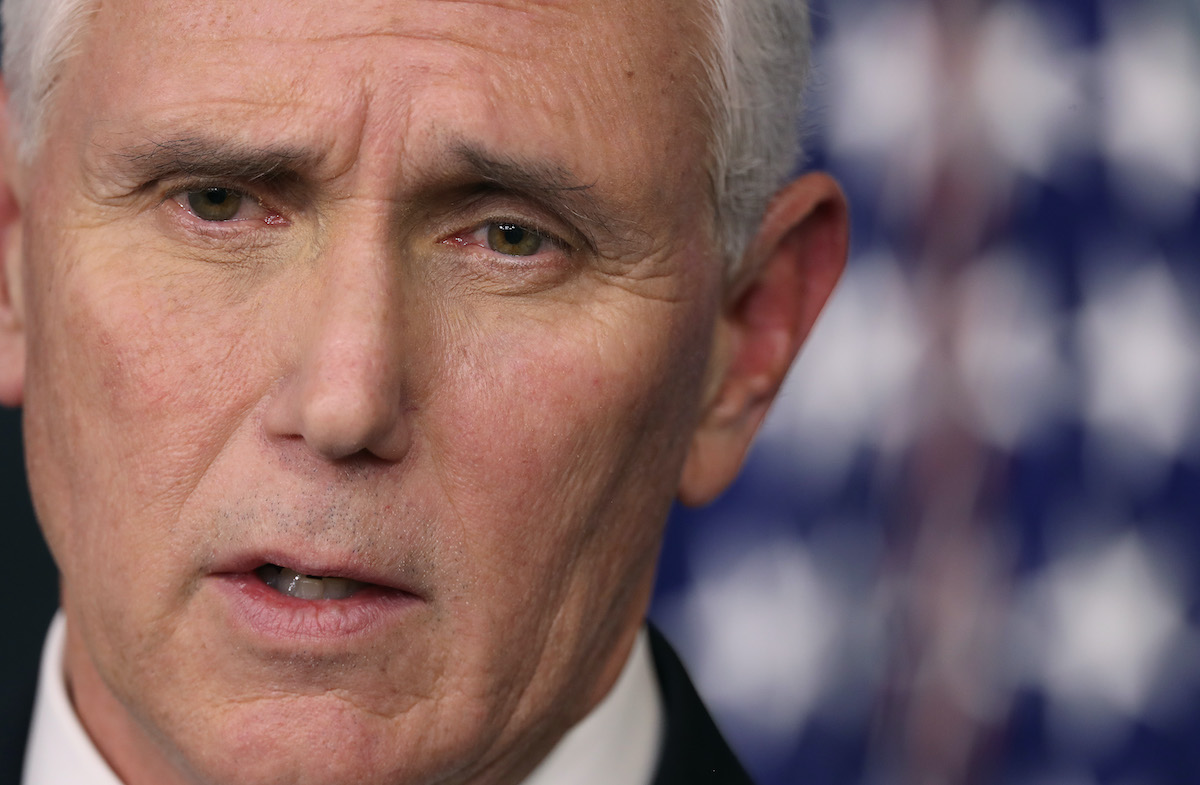 On Wednesday, Mike Pence visited his and Donald Trump’s re-election campaign team in Arlington, Virginia. At least, that’s what he appears to be doing, based on a photo posted to his Twitter account. There were no public events or travel listed on his schedule, but he captioned the photo by writing “Stopped by to see the great men and women of the Trump-Pence team today.” The campaign headquarters is in Virginia.

In the photo, Pence is giving a double thumbs up to a team of a few dozen people, all crammed together in an office space. Absolutely no once visible is wearing a mask. And that’s probably why Pence deleted the photo soon after posting it, because all of that violates current Virginia law.

This photo has been deleted by @Mike_Pence after @notlarrysabato flagged that the gathering violates Virginia law pic.twitter.com/1nMpT37KpN

Under Virginia’s current “Phase Two” COVID-19 physical distancing guidelines, gatherings are supposed to be limited to 50 people (or 50% occupancy) or less. Pence’s group appears to be larger than that, although it’s not clear if this gathering technically broke any laws, as the state’s guidelines use language like “best practices” and “should” rather than “prohibited” and “lock him up.”

Virginia does, however, have a strict requirement to wear face masks inside buildings, which clearly no one in Pence’s photo is doing, meaning they’re all committing misdemeanor offenses. This order has been in place for weeks but the commonwealth’s attorney tweeted out a reminder this morning since clearly *ahem* some people seem to have forgotten.

In addition to being required in Virginia, mask-wearing is also recommended under the CDC guidelines. You would think that the head of the country’s official coronavirus task force would want to comply and encourage others to do the same–especially since he admitted wrongdoing the last time he decided to go maskless at a public event–but apparently that’s not the case.