Mike Pence Thinks There Has Been “Irresponsible Rhetoric” Around Coronavirus AND YES MIKE, WE AGREE 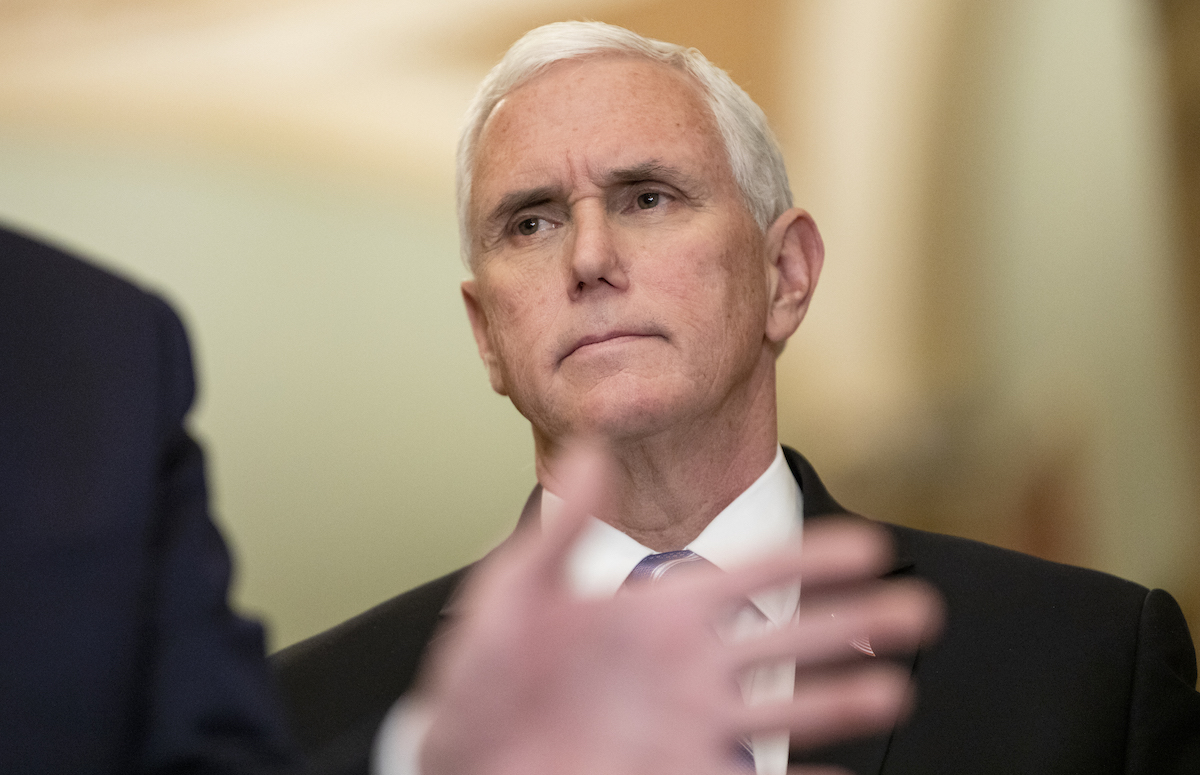 In an interview on the Today show, Mike Pence said Thursday that he thinks there has been “irresponsible rhetoric” around the coronavirus.

In response to a question from Savannah Guthrie regarding what message he’d like to send to people who aren’t concerned about the virus, Pence admitted that “There’s been some irresponsible rhetoric, but the American people should know President Trump has no higher priority than the health and safety and well being of the people of this country.” So he didn’t specifically say Donald Trump is the person spouting that rhetoric but it sure seems like that’s what he means and we most definitely agree.

“There’s been some irresponsible rhetoric, but the American people should know President Trump has no higher priority than the health and safety and well-being of the people of this country.” –@Mike_Pence in response to people who aren’t afraid of the coronavirus pic.twitter.com/8sQPHMGhdW

Trump, after all, has been saying for weeks that the virus is not a big deal, that it’s basically the flu but not as serious, even going so far as to push the idea that Democrats and the media are deliberately blowing the crisis out of proportion for political gain.

The Fake News Media and their partner, the Democrat Party, is doing everything within its semi-considerable power (it used to be greater!) to inflame the CoronaVirus situation, far beyond what the facts would warrant. Surgeon General, “The risk is low to the average American.”

By repeatedly downplaying the potential risks of the virus and by mocking and blaming those expressing concern and trying to keep themselves and others informed, Trump has created a dangerous environment. The kind of environment that leads to stunts like this:

rudy gobert is questionable with an illness two days after making it “a point to touch every mic and recorder in front of him” pic.twitter.com/rqhMUc4ens

Telling your old, infirm viewers that now is the safest time to fly. This show is dangerously stupid. https://t.co/KSNVh4WG0c

Now, though, Trump is turning things around. In recent days, he’s switched to performative caution and he just declared a national emergency in response to the virus.

He did all that without ever acknowledging the damage he’d already done.

But somehow, Trump is managing to not just convince people this is No Big Deal, but also getting them to simultaneously panic.

When Trump announced a travel ban from Europe (excluding the UK), he forgot to mention that that wouldn’t apply to Americans living or traveling abroad.

Trump misstated his own policy in an Oval Office address touching off a mass panic that led to large crowds gathering in enclosed spaces. https://t.co/GBN0fx2yiO

That’s all just a drop in the bucket of “irresponsible rhetoric” that’s been coming out of this administration so yes, Mike Pence, you and everyone around you is acting incredibly irresponsibly. Glad we agree on that.

Trump called the #coronavirus outbreak a Democratic “hoax” and said it was basically no worse than the flu.

So please, yes, tell us more about that “irresponsible rhetoric.” https://t.co/URW0KUzSgF

is this a subtweet https://t.co/aeMHxF095F

The call is coming from inside the house sir https://t.co/OLFggtmD7y