Mike Pence Is Angry That CNN Doesn’t Show the Soft, Friendly Side of Border Camps 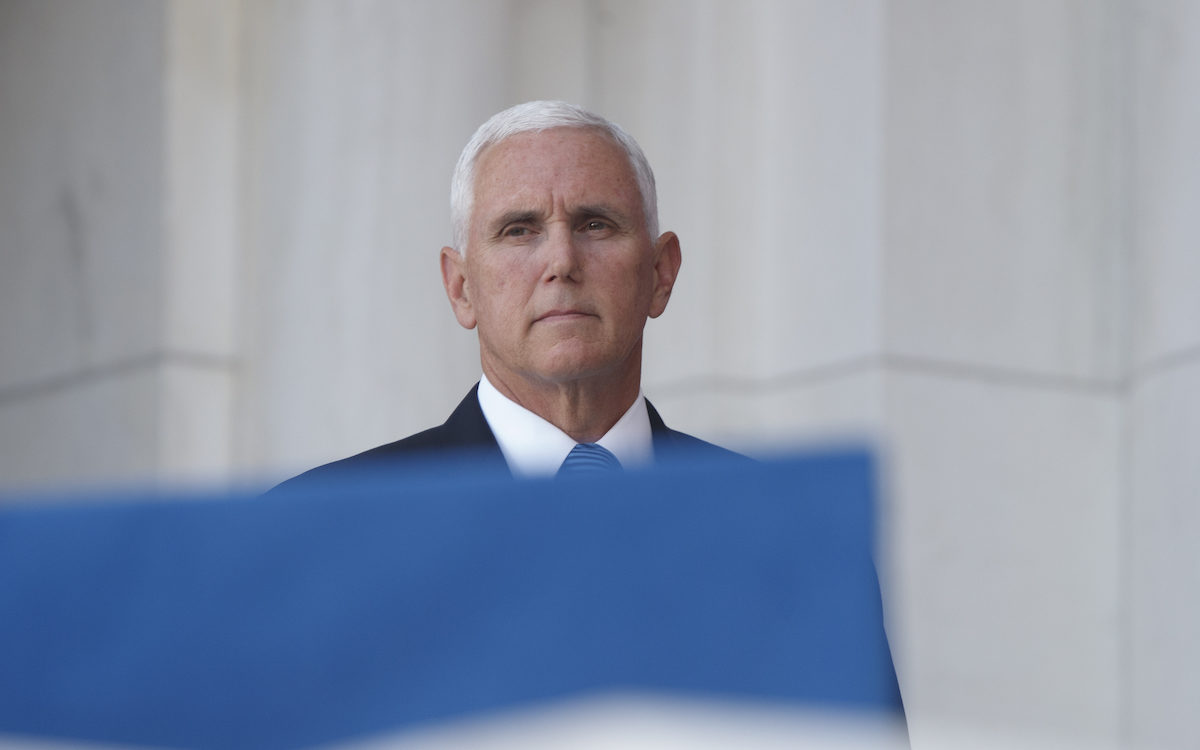 Mike Pence visited two Border Patrol detention centers Friday and his big takeaway was apparently that they’re not all that bad. Over multiple tweets, he accused CNN of “dishonest” reporting, saying that they only focus on the horrific condition of these camps–specifically the men’s camp–and ignore “the excellent care being provided to families and children.”

CNN is so dishonest. Today we took reporters to a detention facility on the border for families and children and all told us they were being treated well.

The crisis at our southern border is not a “manufactured crisis”, it is real and is overwhelming our system. To show this, we also visited an overcrowded facility for adult men, many of whom have been arrested multiple times.

These men were in a temporary holding area because Democrats in Congress have refused to fund additional bed space.

Rather than broadcast the full story, showing the compassionate care the American people are providing to vulnerable families, tonight CNN only played video of men in the temporary facility and didn’t play any footage of the family facility at all…

ignoring the excellent care being provided to families and children. Our great @CBP agents deserve better and the American people deserve the whole story from CNN! pic.twitter.com/hsKsU6umhW

The gaslighting on display here is so many layers deep. He’s essentially accusing CNN of dishonest reporting by not both-sidesing concentration camps. He also doesn’t really say that the horrific conditions reported are inaccurate. (One reporter travelling with Pence described a “stench from body odor” that “hung stale in the air.”)

But he’s arguing that the overcrowding, the lack of hygiene, and all the other horrible conditions inside these camps is the fault of Democrats. It’s a similar tactic Donald Trump used during the government shutdown a few months ago, blaming Democrats for not funding his border wall while holding government workers and services hostage. That Pence’s claim comes right on the heels of House Democrats voting to pass the Republican DHS funding bill highlights just how hollow his accusations are.

So even thought the House Democrats went along w the McConnell funding bill in the Senate, Pence is still running around blaming “Democrats in Congress” for not adequately funding their detention camps.

But it’s Pence’s insistence that the “compassionate care” of these Border Patrol agents deserves more praise that’s absolutely, absurdly reprehensible. We’ve heard story after story from news outlets as well as directly from lawmakers, describing how these agents treat the detained. They’ve been accused of sexually assaulting at least one minor in front of other officers, all laughing while it was happening. Agents reportedly told women in custody to drink from the toilet when a sink wasn’t available. We’ve seen screenshots of the way these “compassionate” agents degrade women and immigrants when they think they’re speaking privately. At least seven children have died in CPB custody.

Pence’s attempt to praise the care and conditions of the camp is an insult to everyone who is suffering and has suffered in CPB custody. But it’s not surprising that this was his focus after seeing video of his visit.

The video (just so you can decide for yourself if you want to watch it or not) shows dozens of men crammed into a space behind a chainlink fence, trying to communicate with reporters, saying things like “no shower,” while Pence looks on, emotionless with his arms crossed, like he’s observing something animal or inanimate.

How can you go there and see them in overcrowded cages and still say they are being treated well?@VP do you need glasses? pic.twitter.com/EJ1y4BOjDD

Look at the absolute cowardice on display here. Not one of these men – @VP, @LindseyGrahamSC, @SenMikeLee @SenThomTillis -have the moral courage or common human decency to actually walk up to the human beings on the other side of the fence and talk to them.

The image of these country club pricks visiting an internment camp with just dead, doll-eyed stares of boredom is enough hate fuel to last years. https://t.co/nprcJPfwwf

These photos and videos of Pence & co touring detention centers, white men in their suits looking at people held in cages like they’re touring a zoo, is absolutely disgusting. I don’t care how old I am when it happens, I just pray I live to see the collapse of white colonialism.

The Washington Post’s Josh Dawsey tweeted, “What we saw on the border yesterday traveling w/VP Pence: Almost 400 men crammed into hot, caged areas with no cots or pillows. They said they hadn’t showered in days. Pence said he knew it was ‘tough stuff’ and wasn’t surprised.”

VP saw 384 men sleeping inside fences, on concrete w/no pillows or mats. They said they hadn’t showered in weeks, wanted toothbrushes, food. Stench was overwhelming. CBP said they were fed regularly, could brush daily & recently got access to shower (many hadn’t for 10-20 days.) pic.twitter.com/tHFZYxJF7C

And this was what CPB decided was okay for Pence and reporters to see and film. This was their best photo-op.

Think about this, the facility Pence went to knew he was coming.

What you saw was the best photo op they could find and it was horrifying.

Now think about the places they didn’t want to show us.