When in 'Midsommar' Would You Have Peaced Out? | The Mary Sue

At What Point in Midsommar Would You Have Peaced the F**K Out? 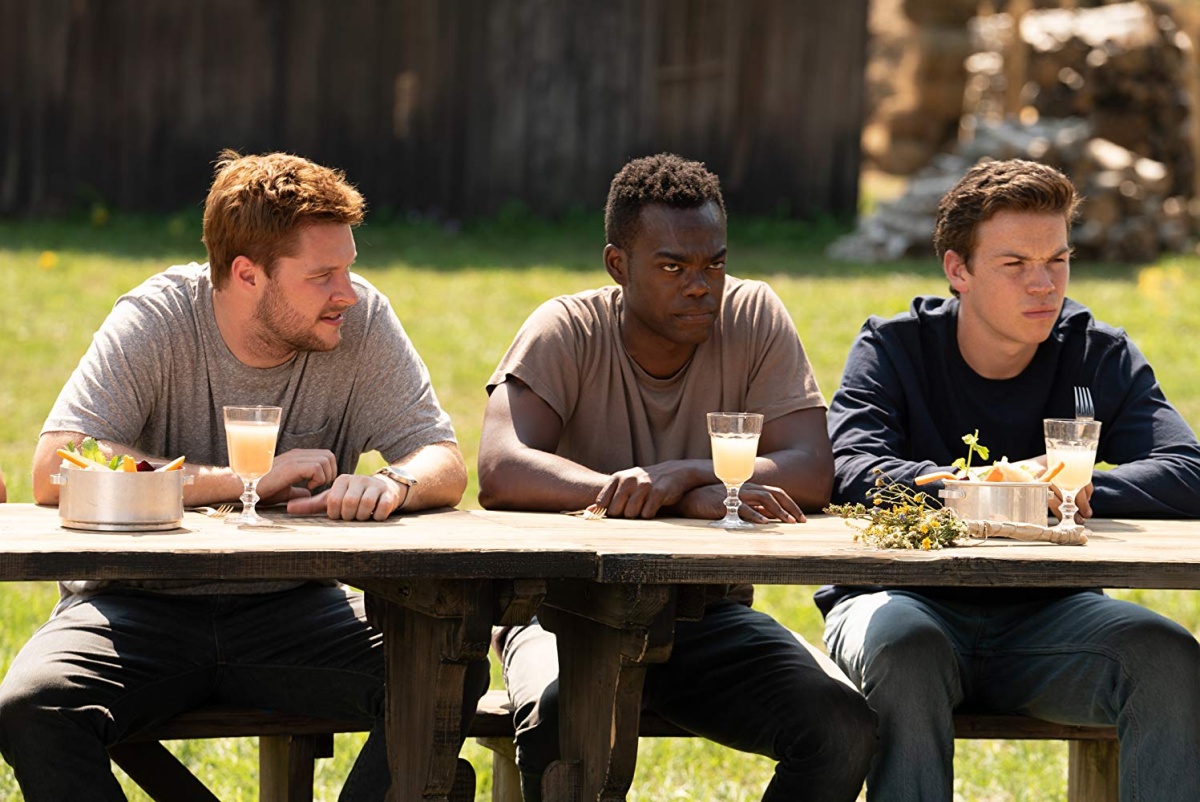 I finally got to see Midsommar, the folk horror film written and directed by Ari Aster. Aster made his feature directorial debut (he’d done several short films prior) with the well-received Hereditary. Much like with his previous film, Midsommar‘s direction, acting, cinematography, and attention to detail are exemplary even if I didn’t love the movie. I was left wondering at what moment in time I would have made a fast exit if I’d been in Midsommar‘s bizarre circumstances.

In Midsommar, a group of anthropology students (Josh, Mark, and Christian) and are going to a once-in-a-lifetime midsummer festival in a remote Swedish village for research purposes, with the character of Dani (Florence Pugh) being a tag-along due to her relationship with Christian. That concept means as they observe the central Hårga cult and their traditions, they are doing so with an academic-like detachment. That being said—I would have peaced out.

So let’s talk about the Hårga. When we are introduced to them properly, they are all wearing white robes and traditional style white garb, participating in what can only be described as pagan(TM)-like activity. Now, as someone who is a polytheist, I’m not anti-pagan. However, as a Black woman, seeing a bunch of uniformly dressed white people who take their traditions that hard is suspect to me. Especially because as someone who has seen The Wicker Man, I know that someone is getting burnt.

Strike One. But say, you are open-minded about the robe-like behavior, the next thing that should have made everyone run for the hills is when they all witness an ättestupa ritual in which the two commune elders commit suicide by leaping from a clifftop. In Hårga culture, you commit this form of suicide at the age of 72 because that is when their lives are no longer useful, and it is presented as a beautiful tradition. The American group decide to stay because of the thesis, but two other outsiders, who have been brought in from London, Simon and Connie, decide it is time to gtfo.

I would have joined them. Now, I know the movie shows that both of them are killed, but that was because the didn’t use their strength in numbers. If they all decided to step up I’m sure they would have gotten away. It doesn’t help that all the American students are so consumed with exploring all of this stuff and don’t want to upset anyone in the village by pointing out how weird all of this is.

One of the side stories is that one of the young women has developed a thirst for Christian because he’s the most generic white dude of the bunch. This manifests in the woman putting a love spell rune under Christian’s bed and while eating a pie Christian finds a pubic hair in his food. The pubic hair is part of a love spell that we get to see in an exposition tapestry (it also implies that mixing their drink with urine is part of as well). Now, I would leave most places if I found a pube in my food—let alone the pube of a random person.

Every male member of this Midsommar groups sucks, but none of them suck as hard as Christian. He’s a gaslighting asshole, who treats his girlfriend like a burden and won’t break up with her so instead just makes her feel weak and unstable all the time. At the beginning of the movie, he complains about Dani calling him after she gets a scary text from her bipolar sister. That sister, we find out, committed suicide and killed their parents in the process. While attempting to pretend to care about her trauma, Christian plans this Sweden trip without her knowing about it until the last second. Plus, the trip was going to take place during her birthday. So, Christian was going to take a trip to another country, during his girlfriend’s birthday, right after the death of her parents.

I say all of this to illustrate just how much of an abusive asshole this guy is. Halfway he decides that he is going to steal Josh’s thesis idea (Josh is played by The Good Place‘s William Jackson Harper and he does mention ethics twice), and so doesn’t care when his friend goes missing even though this is the latest in several missing people. Great job guys.

All the while Dani is there being distraught and constantly drugged to be kept around. Overall, Midsommar is an exhausting movie and while it works in so many ways, the most frustrating thing about it is how the individualism of the group allows them to be so blind to the collective chaos around them before it’s too late.

But as I said, I would have been out when I first saw the robes. That’s how you don’t end up drugged and sewn inside a dead bear to be lit aflame in a pagan sacrifice. Fact.

What was the part where you were like “let’s get the f**k out in Midsommar?”