Microsoft Might Launch a Tablet Today | The Mary Sue

Microsoft is Going to Unveil Something Today, Rumor Says It’s a Tablet UPDATE 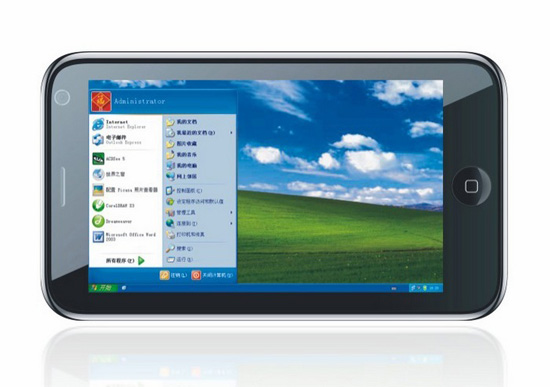 Word on the street is that Microsoft sent out some glib, cryptic invitations for a “major Microsoft announcement” going down in Los Angeles at 3:30 PM PDT (6:30 PM EDT) today. The exact location has only just been announced but the nature of the announcement has yet to be revealed. However, a number of news outlets are putting their money on some kind of tablet device.

The reasoning sites are using to justify their tablet speculation varies from location to location. However, a key part of any MS tablet discussion is the recent deal between the software giant and Barnes & Noble. The deal, announced back in April, was sealed with $300 million from Microsoft and moved NOOK operations into a new subsidiary company unimaginatively named “Newco.”

Besides being valued at $1.7 billion and Microsoft taking a 17.6% stake in the company, Newco has been quietly gestating. Interestingly, the wording of the press release on the agreement pointed out that creation of Newco settled some outstanding lawsuits between B&N and MS, meaning that new products could be forthcoming. Hint hint hint. SEE UPDATE BELOW.

In their coverage yesterday, TechCrunch cited an unnamed source which divulged that today’s announcement is definitely tablet-related. They also cite yet another unnamed source which asserted that today’s announcement would be for the first non-Xbox device capable of streaming Xbox Live content. Mix those two together and you have one potent combination — especially considering B&N’s not-t0o-shabby book offerings, as well.

For their part, The Verge points to some visits to Microsoft forums from devices with unusually sized screens, as well as an internal memo from Steve Balmer referring to a “time-critical opportunity” for Microsoft. They’re also putting their money on some kind of tablet device, though their interpretation is that it will be focused on bringing a unified Windows 8 experience across a number of devices — computer, phone, tablet.

If Microsoft announces a tablet capable of streaming media from numerous sources and closely tied to the OS, it could shake up the tablet market. Though the iPad is the undisputed juggernaut, no other company has a clear competitor. True, the Kindle Fire has something like 54% of the Android tablet market, but that is so fractured and small compared to the iPad that it’s still worlds apart. A new, unique offering from Microsoft could also offer something the Kindle Fire cannot — close integration with an operating system. If Microsoft can get the tablet out soon, it could have an edge over a rumored Google-branded tablet.

As always, we’ll just have to wait and see how this plays out.

UPDATE: According to The Verge, Barnes & Noble have said that they are in no way involved with the announcement. I’m no expert about how subsidiary companies work, but perhaps this rules out involvement from Newco as well.

If the announcement this evening does not, in fact, involve B&N directly, then it may cast the Newco agreement in a different light. Perhaps, instead of being designed to bring out new MS hardware, the deal was designed to settle their legal disputes instead. This would give B&N some cash and support for NOOK development, clear the way for an MS tablet, and maybe even lead to content sharing between the two.

UPDATE 2: Forbes says it’s going to be at Milk Studios.

(TechCrunch, The Verge, via Techmeme, image of what I hope today’s announcement won’t look like via Pierre Lecourt)