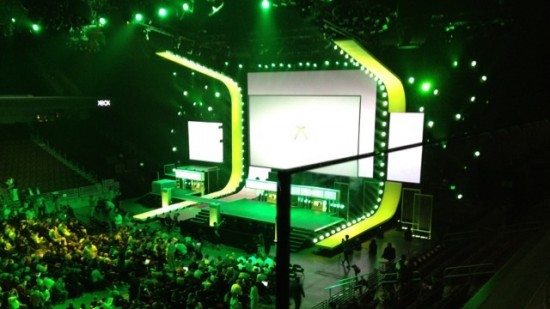 We’re in it folks. E3 is happening. While you may not be able to expect the unveiling of any new, next generation consoles, there’s still plenty going down. This year, Microsoft has made it clear they’re not pushing the aging Xbox 360 as only a “gaming device,” but as a “media console.” That’s not to say there aren’t some big games coming down the pipe, but a surprising amount of the announcements, like Internet Explorer for the Xbox (OH BOY!) and SmartGlass have little, if anything to do with gaming. That said, let’s break it down, shall we?

Xbox SmartGlass functionality aims to turn Xbox usage into a “multi-screen experience.” With SmartGlass, users can use the phones and tablets they already own for many supplemental uses with the Xbox. The demonstration on stage involved SmartGlass using an iPad to display a dynamic map showing character locations while Game Of Thrones played on the Xbox through HBO Go. Another demonstration showed a player unlocking some sort of “data point” by aiming at something in Halo 4, and having a schematics pop up on an iPad. It seems cool, but then again, that all depends on who decides to spend time making second screen content, and how good that content is.

In addition to being able to use a second screen for passive viewing, SmartGlass also allows a phone or tablet to be used for input, more directly cribbing the Wii U’s style. The extent to which this is going to be integrated isn’t entirely clear, but a SmartGlass-enabled tablet is shown swiping from page to page on the dashboard, and there is briefly footage of someone who appears to be playing Madden by touching and dragging players on an overhead view displayed on an iPad. This is kind of just glossed over and shown in passing though, which is sort of weird.

Directly enabled by SmartGlass control, Internet Explorer will be coming to the Xbox. Users will be able to navigate the Internet by using a SmartGlass-enabled device essentially as a wireless trackpad for the TV. Users control a giant cursor on the screen with their phone or tablet and can also use their devices to scroll the page. It’s unclear if IE for Xbox will use mobile sites, standard desktop sites, or something else altogether. Nonetheless, it’s like the Dreamcast all over again, except this time without the keyboard, or the modem.