The Crazy Rich Asians star is in talks to lead her own CBS All Access series. 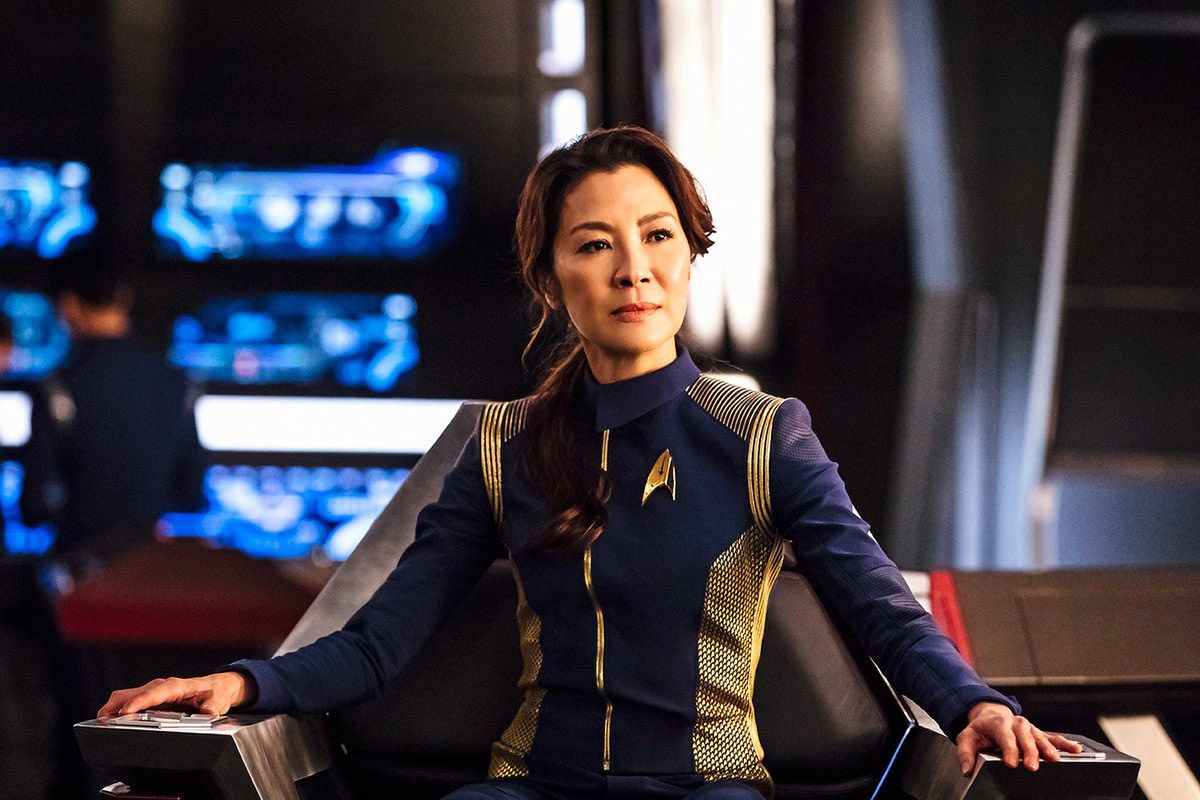 CBS All Access is in talks with Michelle Yeoh to star in her own spin-off Star Trek series for the streaming channel. Yeoh, who was the first actor cast in Star Trek: Discovery, played a recurring role in the series as Captain Philippa Georgiou of the USS Shenzhou, as well as the mirror universe’s Emperor Georgiou.

It is still unknown which version of Georgiou will lead the series, with many speculating that her story will take place in Starfleet’s Section 31 division. This is great news, as Yeoh is a captivating and always welcome presence on screen. She most recently co-starred in Crazy Rich Asians, but is perhaps best known for her role as Yu Shu Lien in Crouching Tiger, Hidden Dragon.

As the first (and most well known) actor cast in Discovery, viewers were excited to see a woman of color helming her own ship alongside another woman of color, Sonequa Martin-Green’s First Officer Michael Burnham. It was disappointing then, when Georgiou was killed off at the end of the second episode. Many fans had tuned in to see Michelle Yeoh in the captain’s seat, so the plot twist felt like a bait and switch.

The Georgiou spin-off joins several other Star Trek projects currently in development at CBS All Access, including Patrick Stewart’s Picard spin-off and an upcoming animated comedy series Star Trek: Lower Decks, which already has a two season order. Lower Decks comes from Mike McMahan (Rick and Morty), and will be a workplace comedy about the grunts at the bottom of the food chain.

Yeoh is already confirmed to reappear in season two of Discovery, which will likely launch her spin-off series. The actress has a busy year ahead of her: in addition to a potential Crazy Rich Asians sequel, Yeoh has signed an overall deal with SK Global Entertainment, with a first look deal for her to produce, direct and act in select projects.

Yeoh said of the deal, “I’m truly excited to continue my relationship with Ivanhoe and SK Global to develop stories that bridge cultures. The success of Crazy Rich Asians has shown us that there are many more wonderful stories to tell from around the globe and I am delighted to partner with this very creative and wonderful team.”

Are you excited for a Captain Georgiou spin-off, or just psyched to see Michelle Yeoh get cast in all the things?