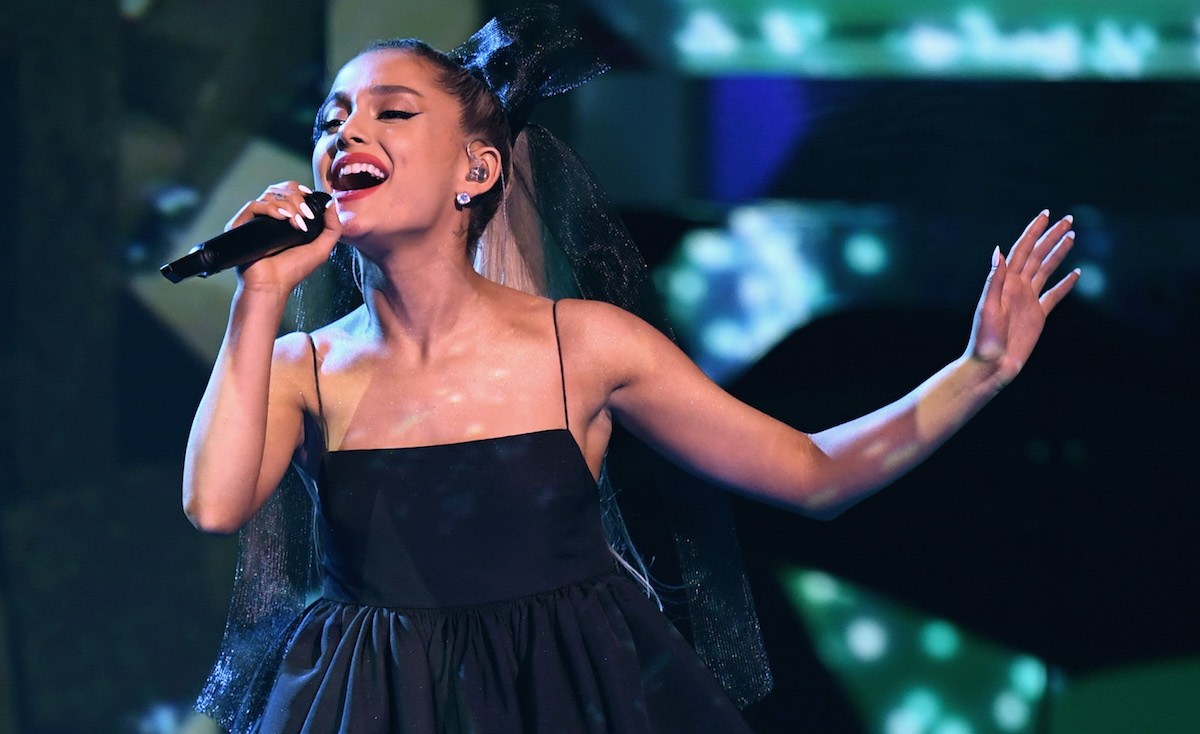 Actor and comedian Michael Rapaport, whose funniest video is probably one in which a weird-looking cat is the star, decided the latest target of his ire would be Ariana Grande, a woman who’s already been through enough in the past two years.

Rapaport decided to make a “comment” about her looks, deciding that she acts twelve and saying if you took away her boots, her makeup, and her signature ponytail, she wouldn’t look as “hot” as the women working at Starbucks, though he made it clear there was no offense meant … to Starbucks.

Ariana Grande is 27 acts 12, you take off those boots she hides her legs in, the cat eye make up and the genie pony tale and I think there’s hotter women working the counter at Starbucks no disrespect to Starbucks.

First off, Grande is 25, not 27, but that’s not the central problem here. The problem is Rapaport feeling the need to take down a woman who’s been through a great deal of trauma in the public eye, based on her looks, for no good reason whatsoever except to capitalize on the news of the day. There might well be legitimate things to criticize about Grande (I personally am unaware of them if they exist), but her looks are not one of them, and neither is her supposedly behaving like she’s twelve.

Stan twitter took Rapaport to task, and he responded in his usual, terrible way: by saying that “Hipster Fake Pussy Power Hat Wearing MoFo’s” get excited when he mocks conservative women but are turning on him for mocking Grande.

I can say ANYTHING about Cockeyed Kellyanne, Laura Ingram,Melania,Ivanka or Candance Owens & you little Hipster Fake Pussy Power Hat Wearing MoFo’s get hype.Elation💦💧💦💧

Look, maybe making sexist jokes about anyone is bad news, and people are just loath to call it out when it comes down to women who are pretty indefensible in other aspects of their lives. But when you’re making fun of Grande, and of Brendan Urie’s coming out, and of Pete Davidson (which he later apologized for), maybe there’s a trend of you not just mocking people who “deserve” it, but just being a jerk? Mocking two people dealing with mental illness in the public eye, and one of the few openly pansexual celebrities out there, isn’t funny. It’s just mean-spirited.

Also, mocking your detractors by pointing out the pink pussy hats is basically the liberal way of insulting those damned women, so that’s not a good look, either. Women being offended by you being sexist is a pretty good indicator that you’re, well, being sexist.

The most important thing though, outside of her possibly seeing any of the coverage on this, is that Grande is a far bigger star than Rapaport, so while his behavior is hurtful, she can take comfort in her success over him being a shock comedian to stay relevant. Rapaport can keep being “funny” on his own accounts while Grande rises to new heights in 2019, after her stellar album dropped this past year. Grande deserves only the best, and if people are jealous of that, that’s their problem.