Michael Keaton Doesn’t Want To be Asked About Batfleck; Will Shatner Gets Mad About Star Trek 3 Rumors

And both of them want you off their lawn. 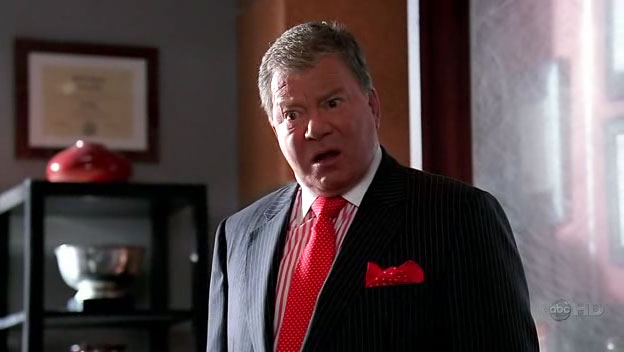 Today in “older actors from beloved franchises getting kinda snippy with the press about reboots” news, Michael Keaton and William Shatner are… well, doing that. Bless you both.

First up, Michael Keaton is on the press circuit currently promoting his film Birdman, which is about an aging actor once renowned for playing a classic superhero who’s now trying to mount a dramatic comeback after being pigeonholed into his former role. Keaton certainly wouldn’t know anything about what that’s like. That’s probably why Entertainment Weekly asked him about that time he played Batman in the ’90s, and he responded thusly: “Chris Nolan is great, but I’ve never seen any of the Batman movies all the way through. I know they’re good. I just have zero interest in those kinds of movies.”

“People are asking me, ‘Is Ben Affleck going to be any good?'” he added. “And my attitude is, first of all, why would you ask me? Second, he’s probably going to be very good, and third, frankly, it’s all set up now so that you’re weirdly kind of safe. Once you get in those suits, they really know what to do with you. It was hard then; it ain’t that hard now.”

Meanwhile on the other side of the galaxy, remember those rumors from a few weeks ago that William Shatner might have a part in Star Trek 3,and how everybody jumped on him for tweeting what was believed to be cryptic confirmations (which have since been deleted)? Not only are those bogus, but Shatner’s pretty upset about the misunderstanding. Like, Klingon upset.

@THR Really??? Slow news day? I’m back in LA after a weekend in London. Please correct this: http://t.co/pFdHAtBbvI

He was even harsher to SuperHeroHype for their coverage:

.@SuperHeroHype You create an entire fictional story around a 2 word tweet and all you have to say is I’m sorry? You should dump the author

And then when the author apologized individually, citing a overexcited jump to conclusions…

.@silaslesnick Let me give you some advice: go back to journalism school before you get into legal troubles for yellow journalism!

Well, at least now that the record’s been set straight, Shatner can return to his true passion—livetweeting episodes of Castle and letting everyone know about which national food holiday is going on.

(via Pajiba and Digital Spy, image via Boston Legal)