The Good Place's Michael as a Transgender Allegory | The Mary Sue

The Good Place’s Michael as a Transgender Allegory 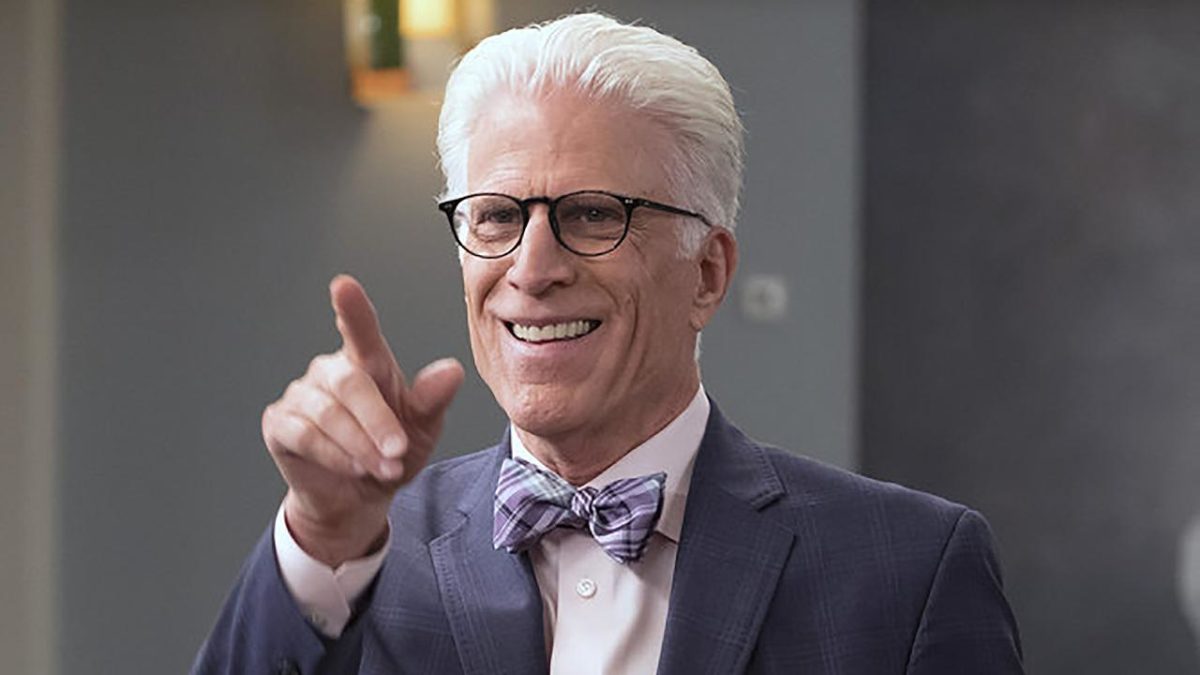 **Spoilers for NBC’s The Good Place.**

NBC’s afterlife sitcom The Good Place has impressed and entertained us for years with compelling characters, twists, goofs, japes, and philosophy, and the new season has given us something new to appreciate: Does Michael have trans vibes?

On the face of it, this idea seems bizarre and almost insulting. After all, Michael tortured thousands of innocent people for centuries. Most of Season 2 was spent trying to convince him to not torture people anymore. Would that be good representation? Does the take have any basis?

Well, it’s not so much representation as it is an allegory. Michael isn’t literally trans, but his desire to be human has a lot in common with the trans experience. As he becomes a better person, he starts wanting to be like a human. How many times in the show has he mimicked corny mortal slang, like “Take it sleazy”? Satisfied that he’s outsmarted the Bad Place demons, he instructs them: “Give Shawn a message for me. Tell him we said, “Booyah!” He does a finger-gun gesture. “Make sure you do the hand motion, like: booyah!” Later, he says that Chidi is “chillaxing, which is a word I just invented combining ‘Chidi’ and ‘relaxing.’”

An important part of transitioning is picking up on the little social cues and mannerisms, like a certain way of passing the salt. There’s a learning curve to this. Nobody in the world starts out with a perfect, intuitive sense of fashion. How many trans women cracked their eggs by wearing a costume for a Halloween murder mystery party? Similarly, it makes sense that the show affectionately pokes fun at Michael for thinking that slumber parties are cool.

When Eleanor briefly gives up leading the Soul Squad, Michael speeches at her until she changes her mind. The first thing we learn from this is that we all need a Ted Danson in our lives to give us pep talks. Secondly, we see that, for all that Michael imitates humans and wants to be like us, he feels forever on the outside. “Human beings, it turns out, are weird,” he says, “and I will never truly understand what it’s like to be one.” But this is proven wrong by everything else he does. 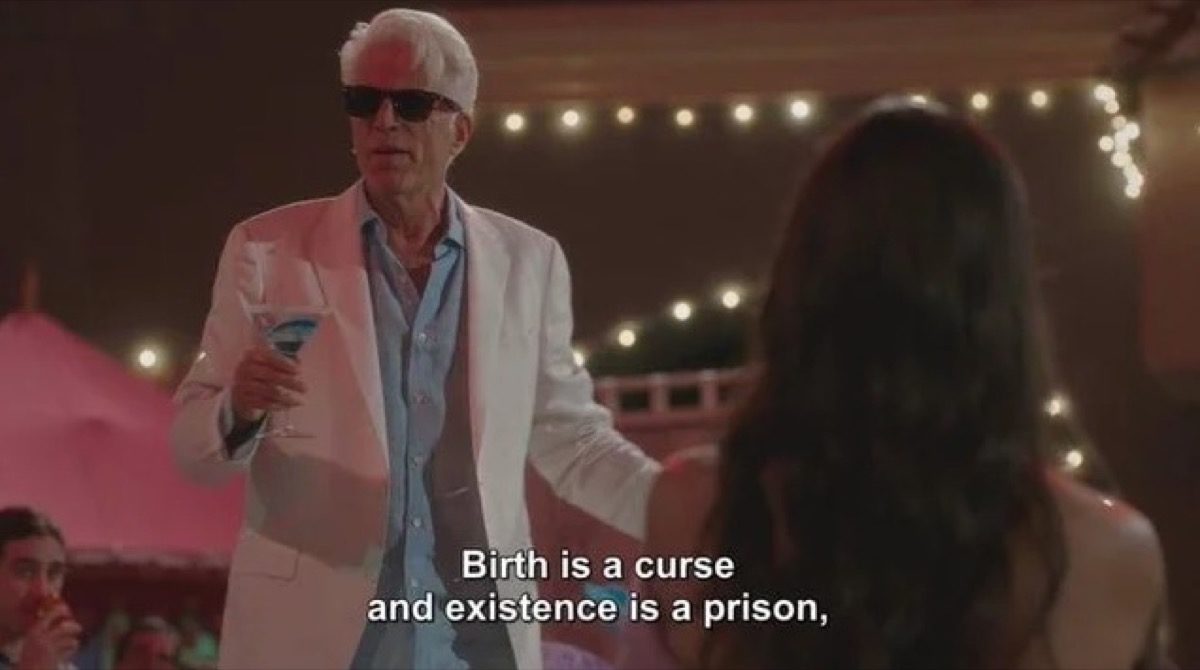 Look at it this way: How does Michael think humans and demons are different? It’s more than just the torture; after all, humans have done a fair bit of that, too. The key is that demons, for all their supernatural cruelty, are overly straightforward and quite boring. Conversely, Michael thinks of humans as unpredictable. If this is why Michael thinks he can’t be human, he couldn’t be more wrong.

After all, he’s easily the most unpredictable and consistently surprising character on the show: he compulsively lies to his friends in the hopes of helping or protecting them. Half the plot twists are some form of “Michael seemed to be doing one thing but was doing something else.” The episode “Tinker Tailor Demon Spy” sees Eleanor’s trust in him deteriorate as he gets caught out on more and more lies. When pushed to justify his lies, he compares them to human customs “like ‘So great running into you, we should get coffee sometime,’ or all of Instagram.”

When Michael originally sets up the neighborhood, he’s motivated by boredom with the old methods of Bad Place torture. Even when he has no interest in being kind or good, pouring termites into people’s eye sockets just isn’t doing it for him. While Michael dreams up an impossibly elaborate puzzle-box-village of psychological torture, fellow demon Vicky has much more basic ideas, like just stabbing the humans with needles.

Most recently, Michael has demonstrated a fondness for golf. While trying to cajole golf-obsessed Brent, he cheerfully dons an over-the-top outfit and easily recites a quote from a famous golfer. What typical demon would do that? You might respond that golf could be a form of torture, but that’s not the point. Michael once again demonstrates an enthusiasm for human culture and all its little quirks.

That new episode, “A Chip Driver Mystery,” is framed by Michael having a conversation with Bad Janet. It’s clear that he’s been debating with her for months about whether humans are essentially good or bad. In the end, he concludes that they’ve been asking the wrong question. What redeems humans in Michael’s eyes is that they try to be better than they were yesterday. But he, more than any other character on the show, has worked hard to change and improve.

Michael is deeply invested in defending humans, in fighting to protect them, and shows deep admiration for their virtues. Taken with his identification with humans and his love of human customs, he has a lot in common with “cis allies” who take an obsessive interest in trans issues and activism for mysterious reasons.

But I’m beating around the bush here. The real clincher is when Eleanor, suspecting Michael of being Vicky in disguise, demands that he take off his skin suit. Michael refuses. Reluctantly, he reveals that he’s a 6,000-foot-tall fire squid in a human costume. While he talks, he’s breathing heavily, visibly upset. “You guys will never look at me the same way again. I won’t just be Michael. I’ll be some disgusting mass of burning tentacles.” 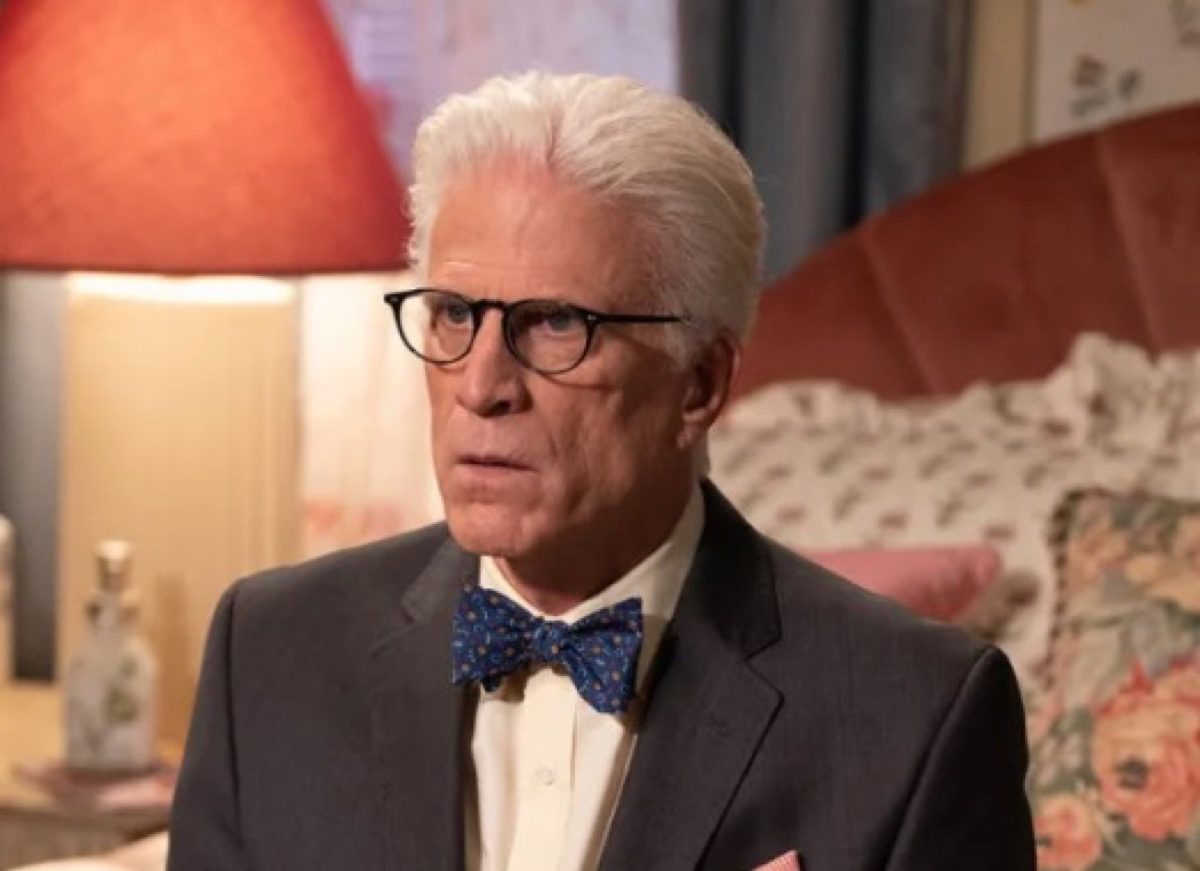 Of course, trans people are not in any way comparable to enormous, hideous fire squids in costumes, but dysphoria can make it feel that way. This, like anything, is not the way that every trans person thinks, but many are repulsed by their own bodies pre-transition. This is as good an explanation of what transness is as any other: a radical disconnect between who you are and what you look like followed (hopefully) by efforts to bring the two points closer together.

Pay special attention to Michael’s attachment to his name here. This is the same as trans people who don’t want new friends to see pictures of them pre-transition. Really, the way that Michael presents himself is in the core of the whole episode, since the conflict springs from Vicky’s Michael-lookalike skin suit. It very much draws attention to the fact that Michael’s “human” body is a suit he chooses to wear.

In the next episode, Michael goes to the Bad Place. This would be stressful for anyone, but is especially stressful for him because it’s like going to a school reunion after you transitioned. The difference is that for Michael, it wasn’t a physical change (from being a squid or anything else), but a change of mind. Essentially, the big difference is that he’s a better and more moral person now. This is a change that most people go through, but Michael’s change is framed in a loaded way. Looking at his Employee of the Bearimy portrait, he says that he doesn’t recognize himself.

“What echoes of this former self await me here?” he worries.

Jason empathizes: “It was always hard for me to go back to my old high school.” As is often the case, Jason is an idiot savant here.

Shortly after, Michael faces off against Vicky while she’s in the Michael suit. He listens to his own voice smugly assert his deepest insecurities. As Vicky talks, you can see Michael’s face fall. “You may act like you’ve changed,” says Vicky, “but deep down, you’re still a demon … and now, you’re home.” Then, Michael shoots her in the face, and she explodes into blue goo. This is what Michael must overcome: his discomfort with his own past, his fear that all his changes are somehow fake.

Of course, it’s important not to overstate the importance of this allegory. It reminds me of last year’s Doctor Who, which included a man from space (or possibly the future) giving birth. This was neat, but it would have been better if that character was explicitly trans or played by a trans actor. It’s the same with Michael. The symbolism is a delight to think about, but it’s only partway down the road when we should have been at the destination for years now. Similarly, Janet can be read as non-binary, since she consistently reminds everyone that she’s “not a girl,” but everyone keeps on using female pronouns for her. What’s the deal?

Despite its limits, Michael’s story is something special. As Jason says, he’s not a demon anymore; he’s “just a nice, weird, happy old dude.” He starts as a fire squid and ends as cuddly Ted Danson. You could do worse.

Also, the stages of demon growth include “spooky little girl” followed by “teenage boy,” so jot that one down.