Michael Cohen Deleted a Tweet Because Men Learn Nothing

Oh James Gunn deleting all those tweets didn't do anything? Let me, Michael Cohen, try anyway. 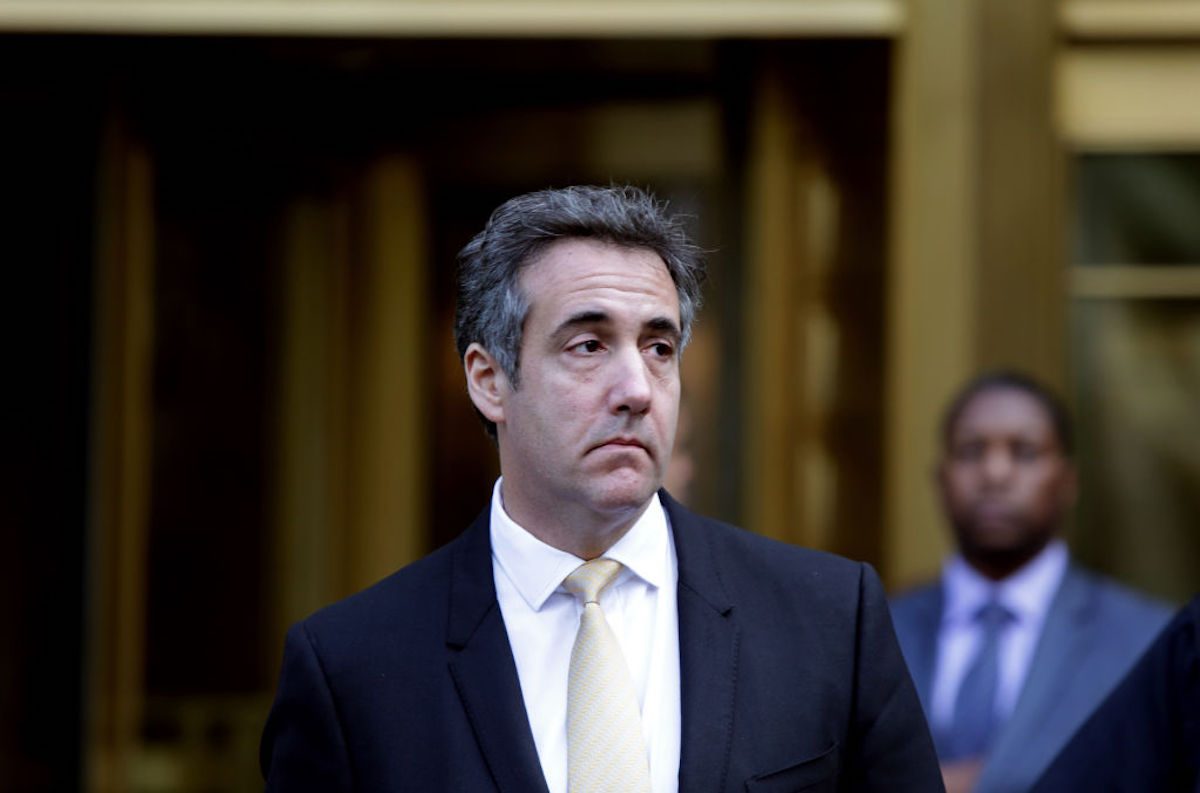 Michael Cohen, real quick question, have you learned absolutely nothing from all this stuff with James Gunn? Trump’s little goonies went and found his tweets even though he had deleted them—and now you go and delete your tweet threatening Hillary Clinton like we wouldn’t notice?

Sir, you’re a meme. We know all about your Hillary going to jail tweets and we’ve all made the joke about you going to jail instead. It is moot at this point. So why bother? Especially when it was just one singular tweet? I’m positive that you had more telling her she was going to prison, I know because I’ve retweeted them while laughing at your expense. 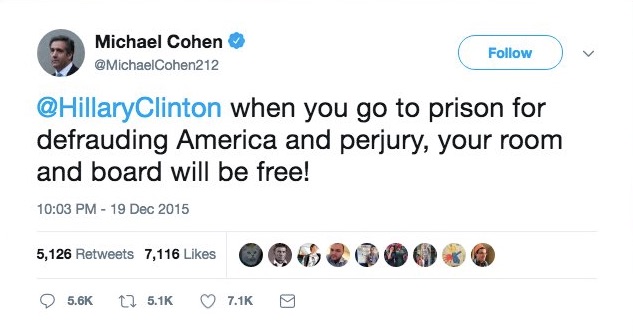 “Hillary Clinton when you go to prison for defrauding America and perjury, your room and board will be free!” Arguably the least incriminating of his tweets, this is what he chose to delete. Which, okay Michael. Why? Is it because now your room and board are going to be free? (Well, that is if you think ‘free’ means that taxpayers are giving our money towards your room and board.) Was the crushing irony of three-year-old Tweet just too much for you to handle?

Will Cohen continue to delete tweets like we don’t have all his incriminating ones saved on the internet somewhere? Probably, intelligence doesn’t seem to be his strongest quality. But then again, there is so much news breaking anymore, we might miss it because someone else was found guilty and is going to jail for Donald Trump’s sake.