Did the Era of Bad Men Encroach on Your Holidays? | The Mary Sue

Did the Era of Bad Men Encroach on Your Holidays? 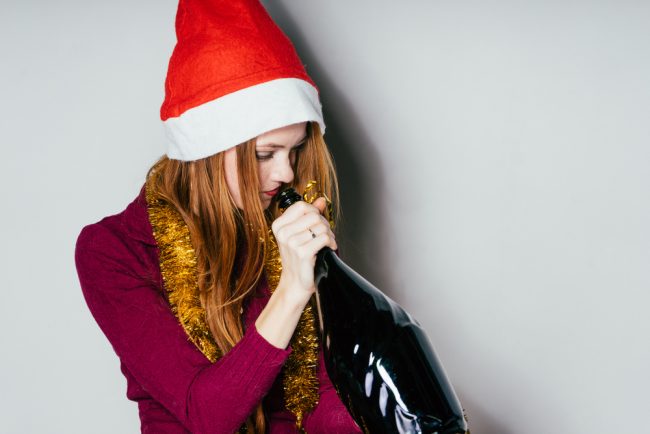 For those of us who are unable or unwilling to separate art from the sexually predatory creep of an artist, the outing of so many Bad Men this year has had a noticeable effect on the entertainment we choose to consume.

Yet even at rapid rate of these outings, I don’t find it particularly hard to avoid supporting or watching those accused of sexual misconduct. I gave up Louie and House of Cards reruns; if a Woody Allen movie is playing at the theater, I’m there to see a different movie. And now that networks and distributors are shedding this dead weight anyway, it’s something I have to think about even less.

And then the holidays happened, and I’m guessing I’m not alone in experiencing the shock of suddenly not having that usual level of control over what I was exposed to. I’m sure there are plenty of people thinking that makes me a snowflake, but the truth is we all curate what we consume. Because of the recent holidays, many of us found ourselves travelling, spending time at the homes of family and friends, surrounding ourselves with people who have curated very different tastes in entertainment and the like.

Suddenly, I’m scrolling through the On Demand listings and debating with my family over whether Baby Driver is worth watching if it means having to watch Kevin Spacey’s face, and explaining to my relatives that yes, I probably would like Mr. Selfridge, but you couldn’t pay me to watch Jeremy Piven in anything these days.

Holidays in the era of Bad Men also forces you make decisions like “Do I just smile and say thank you for the Mario Batali cookbook or do I explain the allegations that definitely came out against him after my relative bought this present for me?”

I want to hear from all of you. Did the Year of Outed Bad Men encroach on your holidays? Were you also forced to watch The Book of Henry out of spite for shutting down suggestions of Baby Driver? Were you forced to explain to your Republican uncle why you’re glad Roy Moore lost and why you believe the women accusing Trump of sexual harassment and assault? It sure would be nice if we could have a couple of days off from always having to be vigilant against sexual predators (and their apologists) and their general effect on the world, but apparently, that’s not possible. So let’s share our holiday pain.