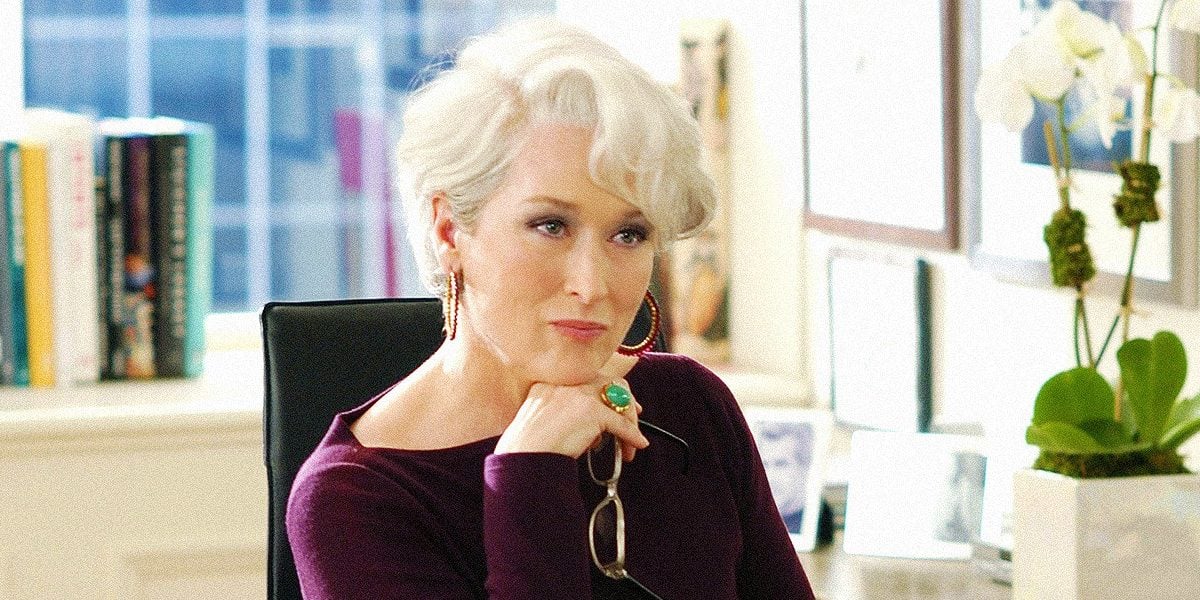 Has there ever been an actor so universally beloved and celebrated as Meryl Streep? Nominated for a record 21 Oscars (with 3 wins) and 31 Golden Globes (winning 8), the iconic actor has been a big screen staple for over 40 years. Streep turns 70 today, and remains just as vibrant and brilliant as ever. She’s currently holding court on season two of Big Little Lies, where it only took her one episode to become a de facto meme queen.

What makes Meryl Streep such a legend is her indefatigable talent and deep reservoir of unforgettable characters. She’s given devastating performances in films like Sophie’s Choice, Doubt, and The Iron Lady. And while she commands the screen in any drama, she is equally adept at comedy, a skill that not many great actors share. So to celebrate her birthday, we’re sharing our top 5 Meryl Streep comedic performances.

Postcards from the Edge

In Mike Nichols’ 1990 comedy drama Postcards from the Edge, Streep and Shirley MacClaine play semi-autobiographical versions of Carrie Fisher and her mother Debbie Reynolds. Based on Fisher’s novel, Streep’s Suzanne Vale is forced to move back in with her actress mother Doris after an overdose. Not many actresses could capture the acerbic dark humor of Carrie Fisher, but Streep was more than up to the task. The film remains a brilliant, biting comedy that showcases the very best of both Streep and Fisher, and offers one of the best mother-daughter duos onscreen.

Robert Zemeckis’s 1992 black comedy received mixed reviews at the time of its release. Since then, the film has become a cult classic in the LGBTQ+ community. It was also celebrated for its inventive use of visual effects (and taking home the Oscar in that category). Streep stars as vain actress Madeline Ashton, who takes a magic potion to regain her youth. Things take a turn when she discovers that her life-long frenemy Helen (Goldie Hawn) has also taken the potion, leading to one of the most inventive and hilarious girl fights in cinema. Streep’s performance is commanding as the vain-glorious Madeline, her delivery of the iconic line “NOW a warning?!” is absolute camp perfection.

Full disclosure: She-Devil is not a great movie. The housewife revenge comedy starring Roseanne Barr has its share of solid jokes, but hits a lot of sour notes. One of the highlights of the film is Meryl Streep’s performance as romance novelist Mary Fisher, a narcissistic monster who steals Roseanne’s husband. Everything about Streep’s performance in the film is a pitch perfect send-up of 1980s
opulence and garish bad taste. Streep swans around her pink Barbie house dropping bon mots, and watching in horror as her image quickly unravels. It’s another unlikable but deliciously funny character from Streep, who manages to elevate the material and the film around her.

Before The Good Place, Albert Brooks gave audiences a vision of the afterlife with the comedy fantasy film Defending Your Life. The 1991 film follows Daniel (Brooks) who dies in a car accident and ends up in the purgatory-like Judgment City, where a team of judges review his life to decide whether he will be reincarnated or ascend to the next level of existence. While awaiting his judgment, Daniel falls in love with Julia (Streep) a woman whose led a remarkable life of selfless generosity. While Daniel is filled with anxiety over his fate, Julia zestfully embraces life in Judgment City. Streep brings a buoyant optimism and joy that plays beautifully off of Brooks’ nervous flailing. If you haven’t seen this hidden gem of a film, do yourself a favor and check it out.

As if there was a way to conclude this list without including Streep’s iconic performance as Runway editor-in-chief Miranda Priestly. Streep artfully captures Priestly’s withering criticisms and intimidating presence, while never losing the humor or the humanity of the film’s villain. The film remains endlessly quotable and surprisingly relevant 13 years later. The Devil Wear Prada is easily one of the best comedies of the 2000s, thanks in no small part to Streep’s work.

What are some of your favorite Meryl Streep comedic roles? Share your faves in the comments!