"So many knives, so little time," is a mood. 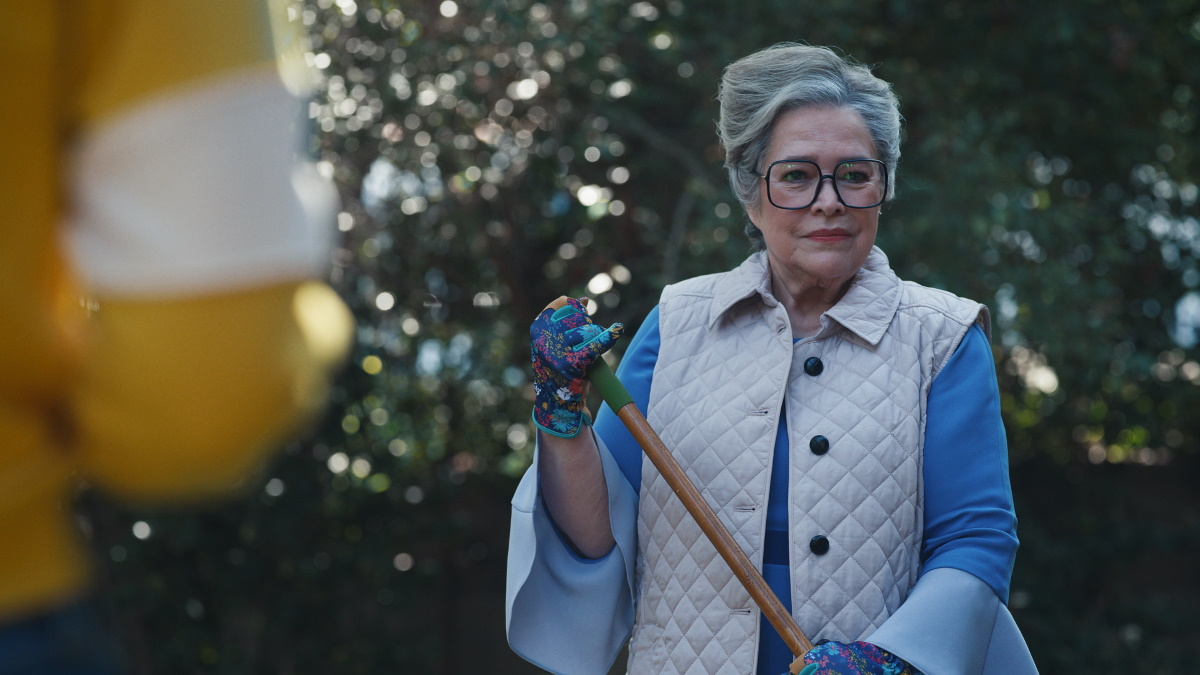 This last summer I wrote about a mobile game called Merge Mansion. It’s a fairly innocent game where you’re tasked with cleaning out an old house, a formula that’s fairly common in the “I can’t believe I spent hours merging together garden tools so I can plant some bushes” genre of mobile gaming.

However, the game has an ad campaign that goes completely off the rails where it’s heavily implied that the “secrets you uncover” involve your wholesome grandma getting arrested, revealing shocking secrets like “he’s alive” or “you’re next” depending on what version of the ad you watch.

This game isn’t the first to have ads that feel like they’re telling a completely different story (Lily’s Garden is an absolute legend), but it might be the first that has embraced “that escalated quickly” so much that it now has Kathy Bates donning grandma’s attire and twisting the nipples of statues to get away from her nosey granddaughter.

I’m not sure if it’s building from the same narrative where a granddaughter is having the worst day ever (left at the altar, house burnt down, etc.), but what I do know is that actress Grace Rex (The Good Wife) is chasing THE Kathy Bates around an old mansion as she blows raspberries onto the tummies of different sculptures.

You know, I wouldn’t mind some sort of made-for-TV movie about this. I have such a soft spot for well-known actresses doing something random and silly like this.

Bates had this to say about embodying the chilling persona of Ursula, aka Grandma.

“Ursula and I fit like a pair of beloved old garden gloves! What a crazy grandma. I loved scurrying around the grand old house. So much fun working with the brilliant Jim Jenkins and Grace Rex who played my granddaughter—a very talented young actress. The lovely crew, the production design and the beautiful cinematography. Thank you Merge Mansion for inviting me to play. Now I’ll check out the game!”

“One of my favorite things about this clever campaign was Ursula’s statues. I studied sculpture at art school and enjoyed building clay faces to mold masks for Greek theater. I clicked with Ursula’s eclectic taste: the taxidermy creatures, the fresco in the stairwell, the old bronze sculptures. I wouldn’t mind living in Ursula’s mansion—without the dust and cobwebs of course. What a fun time we all had!”

Fortunately for Bates, the point of the game is to clean out the mansion and restore it to its former glory… despite Ursula having so many knives.

When I originally wrote about this game I assumed that the mysteries had nothing to do with, you know, murder, but I’ve been informed that Ursula is hiding something. Whatever it is, she’s so desperate to keep it a secret that she will now try and buy players off in the game with boosters. She’s also been bribing various influencers like fellow grandma, Grandma Droniak, who totally isn’t accepting a bribe after receiving an envelope full of cash.

I have never played Merge Mansion before but I’ve gotta say, this ad campaign is delightful.